Sermon on 'The Mount'

The room is dimly lit. A laptop sits on a table, hooked into a smorgasbord of DIY audio wiring and speakers. A downtempo hip-hop loop mingles with the scent of burning sage. 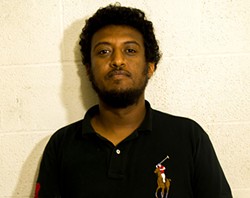 Simon Yemane listens intently as Ricky Rogers, resident DJ and up-and-coming producer with Yemane's music-and-arts collective Umbrellamindz, demos a new beat for some clients. The vibe in the room is welcoming and organic; a positive flow of ideas.

It's about 10 p.m. on a Friday and Yemane, Umbrellamindz' head producer, is hard at work inside the collective's new home base known as The Mount. An old house that once served as a residence for high-ranking military officers, The Mount now houses a group of rag-tag artists fighting on the front lines of a war against a stale, gentrified Charlotte. The structure is at the heart of the 76-acre Camp North End, the former munitions dump and missile assembly plant off Statesville Avenue that's now been transformed into a jumping art complex.

Yemane, 36, known as SiFi to his friends and fellow artists, recently moved his operations to Charlotte's latest creative hotspot after having launched it in a smaller place off Sharon Amity Road. A native of Eritrea, a country in the Horn of Africa, he was two when his family immigrated to Charlotte.

"Immigrant baby," Yemane says, with a laugh. "I come from very entrepreneurial kind of people — cab drivers and shop owners — so my family has been paying a lot of attention to what's going on with my business."

The plan for Umbrellamindz is to create a Charlotte-based Afropunk/hip-hop version of the old Andy Warhol Art Factory of 1960s New York City, where artists can make their works, package it, and come up the visuals and merchandise all in one spot.

Camp North End is the perfect setting for such an operation, as it continues to attract an ever-growing community of taste-makers that includes galleries, a design firm, coffee roaster, hair stylist and musicians such as LeAnna Eden, the local singer-songwriter and organizer of the recent Bla/Alt Music Festival, which brought hundreds to the complex on Octber 21. Yemane refers to Eden affectionately as "The Influencer."

We sat down with Yemane to learn more about his hopes for Umbrellamindz.

Creative Loafing: What did you think when you came to Camp North End and saw this space?

Yemane: Before this, we'd been working out of a much smaller space. It was tight but we were making it work. What happened was, LeAnna Eden had been asked by Camp North End to perform at one of their events. And there was this beautiful location that hadn't been developed yet, but she could see the potential. When she was asked if she knew anyone who [would be interested in The Mount], she immediately said, "I got a guy." But when she was trying to tell me about it, I was almost laughing it off. I was like, "I've been [in Charlotte] for almost my whole life and I know that area, there's no way there's something like that over there." But here it is.

LeAnna is known for sussing out the coolest stuff, isn't she?

A lot of people in this community should thank LeAnna. Coming from the Midwest, she has this sensibility that we've never had around here before. She's helping us see that it's important to not just cross the finish line, but cross it with a sense of professionalism.

What is Umbrellamindz — a recording studio? A label? Maybe both?

I picture this more as a media facility as opposed to a recording studio. The idea is to have everyone in-house, pay a little rent, and then push boundaries. If you go to one place, they have a price, and then you go to another place, they have a price, and before you know it you have a $5,000 budget on your hands for something as simple as recording and releasing an album. By having everything in-house, we can hopefully make it a little more affordable, and help the community help itself by having lower costs, get it to market faster, and the artist can actually still eat afterward. Those are the things that need to be stable, in order for us to grow the art. 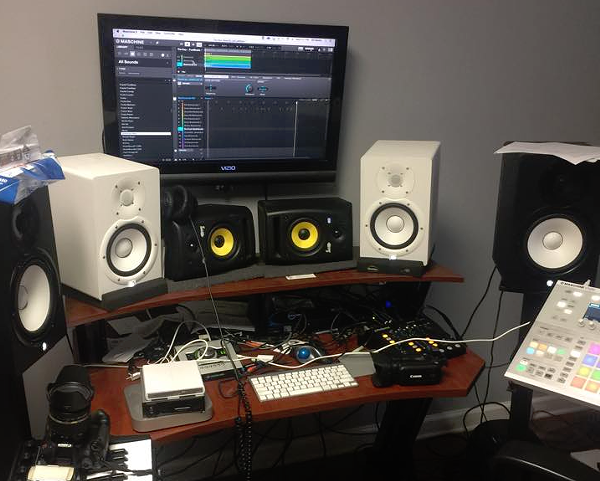 You're taking a hands-on approach with the artists here, which is something we don't see much of these days. What are your thoughts on artist development?

I'm never cookie-cutter with any artist here. We work individually with each artist to help them stay true to the art. We live in a world where a couple of dollars gets thrown at you, and the integrity of the art goes away.

Who are some of the artists in the Umbrellamindz stable right now?

DJ MB is our house DJ. Ricky Rogers is one of our producers. Ill Glory is our house videographer. And then there's LeAnna. We have Jonathan Cooper in here; he's a photographer. Ahmir the King, an 18-year-old MC who's just amazingly talented. Black Linen is an MC, and also Nige Hood.

You helped LeAnna with the Bla/Alt Festival. What did the success of that event mean for Umbrellamindz?

We have the ear of the people right now, so turn up, go harder, don't slack up. Coming up, I was strictly hip-hop, so I didn't even know there were [black-led rock musicians] like a LeAnna Eden in this city, or a Business People, or a Blame the Youth. This level of talent, I had no idea that was here in my city. 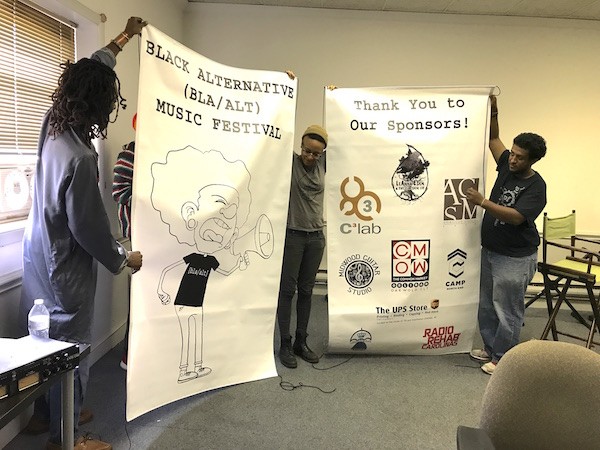 How will you fund all this great music?

So there's going to be a retail space. We have this beautiful patio where we can serve wine, hang out and have music events, poetry readings, that sort of thing. The beautiful thing about Camp North End is that there's almost a 20-year plan with this. There will be a street that actually crosses in front of us when it's all said and done.

What does Camp North End mean to Charlotte's art community?

In the last five years corporations have sapped us of all the places we use to have. When we lost Amos' Southend it crushed the soul of the art community; we were very lost for a while. But Camp North End saw the opportunity and made a play for it, and they didn't have to knock out a neighborhood of people to do it. They're not trying to just dump money into it for corporate interests.

Camp North End is attempting to center the arts community — not just musicians, but visual artists and industrial art. Someone had to see this to envision it. The space is so expansive, but the beautiful thing is that Camp North End is allowing the art in first. Creating a place for wayward souls to find a home, and make things happen.

There's going to be offices and whatnot, of course, but right here in the center will be this beautiful world. Hopefully we can just hold it down over here until the street comes through in 2019.

What's on the books for Umbrellamindz going forward?

Maybe a hip-hop festival in the spring; some poetry events as well. Black Linen and LeAnna are going try and put something together. Ahmir the King is bringing some stuff out. We're also planning a Boiler Room up in here; for those that don't know, there's an emerging DJ YouTube-based set called "Boiler Rooms." We're creating an atmosphere here for 'The Creators," as I like to call them — the DJs, the producers. We're getting an opportunity to create something that — who knows? — may be more respected nationally in a couple of years.

My hope is that all these artists will be working artists at the end of the day.