Year in Review: Cinema soars in 2014 | Features | Creative Loafing Charlotte
Switch to the mobile version of this page.

The best and worst movies of the year

In glancing over a list of all the movies released during 2014, it strikes me that I'm a very lucky man. With time a precious commodity that shouldn't be wasted, I opted to skip a great number of dubious-looking films, seemingly needless sequels like Paranormal Activity: The Marked Ones and Planes: Fire & Rescue, questionable retreads on the order of Endless Love and I, Frankenstein, and iffy titles made by frequent offenders like Adam Sandler, Ben Stiller and any given Wayans. This in turn allowed me significantly more time for other pursuits such as cooking, swimming and turning down for what. 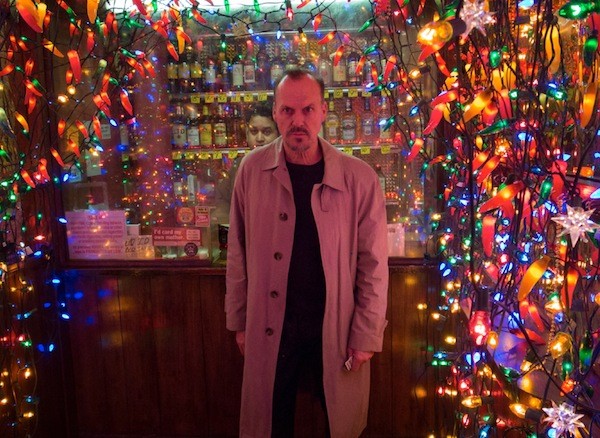 That's not to say I dodged every bullet aimed my way — hey, how about that RoboCop remake? — but of the 130 features I caught over the course of the past 12 months, I saw more than enough gems to make the hours spent in various theater auditoriums worthwhile. And what stood out regarding most of the best films was their startling originality, a new way to look at well-worn genres and storylines.

A note about the two films heading my 10 Best list: Their order was basically determined by a mental coin toss upon deadline. In other words, they're equally brilliant, and I'll continue to flip-flop them in my mind until the End Times.

Here, then, are my picks for the 10 best movies of 2014, followed by 10 worthy runner-ups, other assorted superlatives, and one final look at the worst films I suffered through during the past year.

1. BIRDMAN, OR (THE UNEXPECTED VIRTUE OF IGNORANCE) (Alejandro González Iñárritu). The best picture of 2014. Michael Keaton, the former Batman star attempting a comeback with his turn in this movie, plays Riggan Thomson, the former Birdman star attempting a comeback as the writer-director-star of a Broadway show. It's life as art looping back onto life again, and it's just one of the many heady treats offered in this lacerating piece that also examines the Hollywood vs. New York turf war, the film capital's obsession with superhero flicks, the tempestuous backstage relationships that often inform a show, and the fine line that separates artistic inspiration from out-and-out insanity. 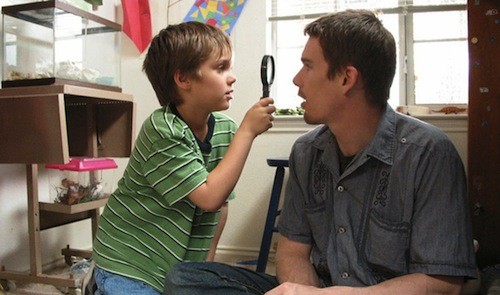 2. BOYHOOD (Richard Linklater). The other best picture of 2014. Linklater (repped on last year's list with Before Midnight) attempts something quite exciting: Follow the life of an individual (as well as those around him) from the age of 7 to the age of 18, shooting new footage over the course of all 12 years. What sounds like a gimmick is actually a bold reimagining of the confines of the medium, using a fictional framework to tap into the reality of the vagaries of time as well as force viewers to examine their own march through life and take note of the signposts that appear along the way. 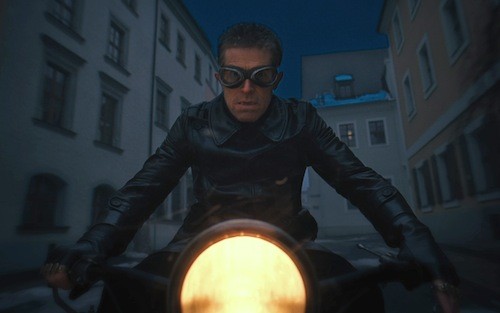 3. THE GRAND BUDAPEST HOTEL (Wes Anderson). From Ralph Fiennes' dapper strut to Willem Dafoe's pointy teeth, every detail feels just right in the best film of Anderson's career. Setting his sights on a majestic hotel overseen by an idiosyncratic concierge (Fiennes, simply remarkable), Anderson has concocted a fanciful tale marinated in whimsy, tinged with ruefulness and slathered with off-kilter humor.

4. THE IMITATION GAME (Morten Tyldum). Benedict Cumberbatch's TV work as Sherlock Holmes hinted at a great future in films, but that time has arrived even more quickly than anticipated. Cumberbatch delivers a remarkable performance in this utterly compelling film about Alan Turing, the troubled genius who cracked a formidable Nazi code during World War II — and paid dearly for his achievement. 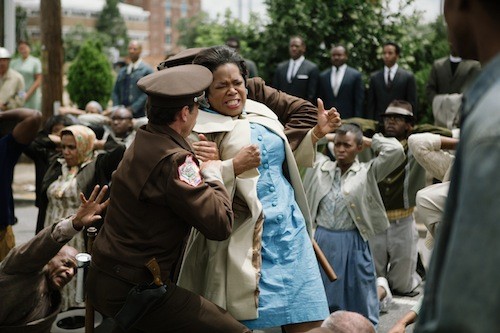 5. SELMA (Ava DuVernay). Unlike many biopics, this look at Martin Luther King Jr. (an excellent David Oyelowo) and his fight for equal voting rights isn't cinema as hagiography; instead, it's a frontline peek at the very real blood, sweat and fears flowing during this landmark era. And I defy anyone to find me another 2014 release as outrageously topical as this powerhouse picture. (Selma is scheduled to open in Charlotte Jan. 9.) 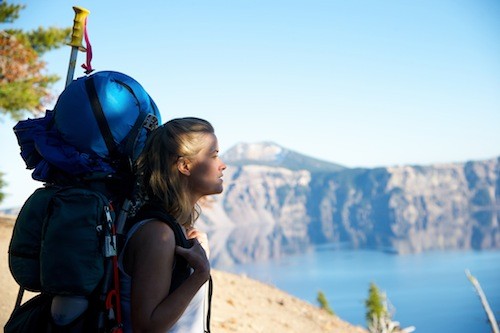 6. WILD (Jean-Marc Vallée). Coming off last year's 10 Best entry Dallas Buyers Club, Vallée rejoins the fold with this imaginatively constructed character study starring a magnificent Reese Witherspoon. As the real-life Cheryl Strayed, who undergoes a strenuous 1,100-mile hike in an attempt to find herself, the actress graciously gives us a bracingly complex character. 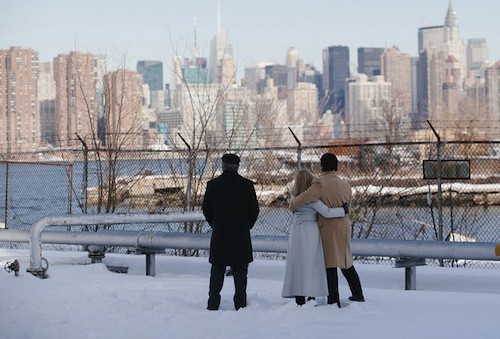 7. A MOST VIOLENT YEAR (J.C. Chandor). The year is 1981, but the violence isn't splashed across the screen. Instead, it discreetly lashes out at the efforts of one entrepreneur (Oscar Isaac, star of 2013's best picture, Inside Llewyn Davis) as he lunges for the American Dream in this unique and beautifully understated drama. (A Most Violent Year is scheduled to open in Charlotte in January.)

8. SNOWPIERCER (Joon-ho Bong). Following a global catastrophe, the planet's remaining survivors live on a massive train that protects them from the ice age outside; what it can't do is protect the poor huddling masses in the back from the well-to-dos in the front. That's the gist of this brainy bruiser that offers plenty of social commentary to go along with the kinetic action. 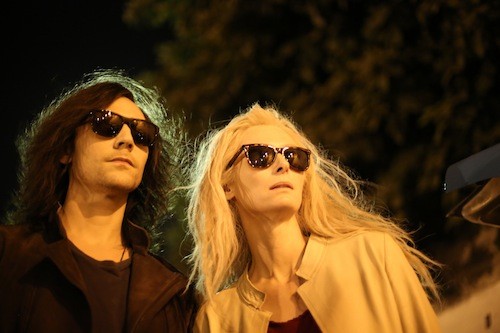 9. ONLY LOVERS LEFT ALIVE (Jim Jarmusch). Trust Jarmusch to craft a vampire flick that's less about frightful fangs puncturing exposed necks and more about the existential crisis that's rocking the modern world. As the toothy twosome who serve as keepers of all that is artistic and inspiring in this world, Tilda Swinton and Tom Hiddleston are silky and seductive. 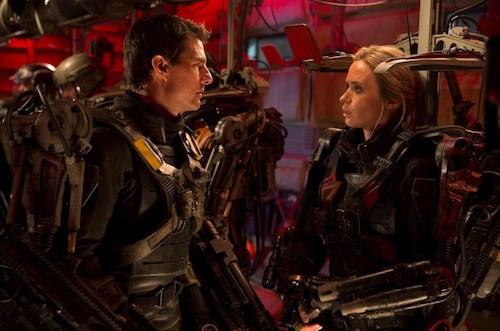 10. EDGE OF TOMORROW (Doug Liman). The year's best blockbuster was quickly tagged as Groundhog Day dripped through a sci-fi filter. It's of course far more than that: Endlessly entertaining and ceaselessly innovative, it finds Tom Cruise once again working his movie star mojo in a film benefiting from superb FX work and a deliciously dark sense of humor.

The Next 10 (Honorable Mentions, In Preferential Order): Two Days, One Night; Foxcatcher; X-Men: Days of Future Past; Calvary; Big Hero 6; The Fault in Our Stars; Dawn of the Planet of the Apes; The Dance of Reality; Under the Skin; The Drop

Disappointments: Exodus: Gods and Kings; Lucy; Magic By Moonlight; A Million Ways to Die in the West; The Monuments Men 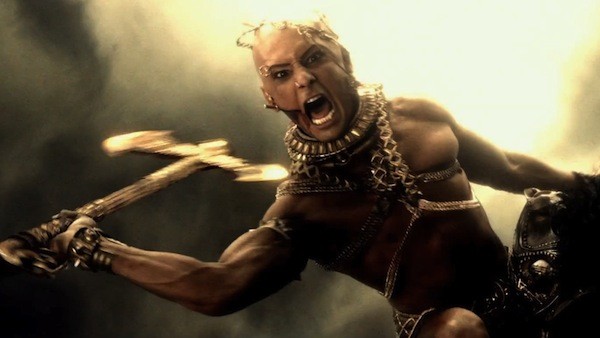 1. 300: RISE OF AN EMPIRE The worst movie of the year was also its most needless sequel, an arid and ugly piece of misogyny and masochism that can probably only be truly appreciated by 15-year-old boys and serial killers.

2. LEFT BEHIND While homophobic twit Kirk Cameron was prepping his reportedly awful Saving Christmas, his Left Behind film franchise found new life with this remake whose odious Us Against Them view of the world will satisfy only those with a cowed, Fox News version of religion.

4. LIFE AFTER BETH Zombie flicks (and TV shows, and books, and video games, and ...) have become as prolific as bunny rabbits, so it's saying something to state that this painful zom-rom-com manages to emerge as one of the most rotten of the hordes.

5. NYMPHOMANIAC: VOLUME II The first part of Lars von Trier's four-hour saga is limp enough, but this second volume is particularly absurd, ultimately offering as much insight into the female psyche as one of those tampon commercials that shows a woman cheerfully riding a horse down a sun-dappled beach.

6. DUMB AND DUMBER TO The original Dumb and Dumber was hardly a comedic gem, and this 20-years-later sequel is even, uh, dumber, bringing back champion morons Harry (Jeff Daniels) and Lloyd (Jim Carrey) for a string of scatological gags that — for lack of a better word — reek of comic desperation. 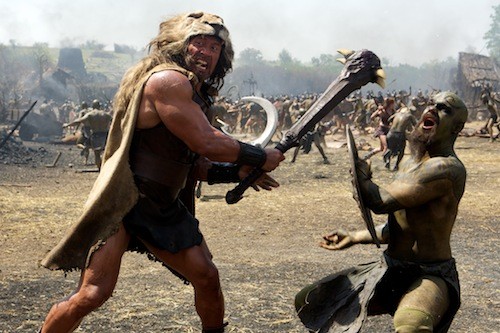 7. HERCULES Sporting Narnia's Aslan on his head, Dwayne Johnson is inexplicably drained of all charisma in this parchment-dry action yarn that squeezes past Dracula Untold to claim the title as the year's worst revisionist take on an iconic figure.

8. TAMMY A dynamo when the role is right (see this year's St. Vincent), Melissa McCarthy is curiously ineffectual in this exhausting dud that begins with plenty of comic situations before burrowing deep down into dramatic developments — and failing with both approaches.

9. NEED FOR SPEED Aaron Paul goes from Breaking Bad to braking bad with this obnoxious video-game adaptation wherein the protagonists come off less like heroes (or even anti-heroes) and more like petulant brats who get upset when Mom tells them it's time to put away their Matchbox cars.

10. THE LAST OF ROBIN HOOD Despite the subject — the relationship between aging matinee idol Errol Flynn (a well-cast Kevin Kline) and underage starlet Beverly Aadland (a miscast Dakota Fanning) — this sordid Hollywood tale is related with all the lackadaisical tempo of a Mutual of Omaha TV commercial.