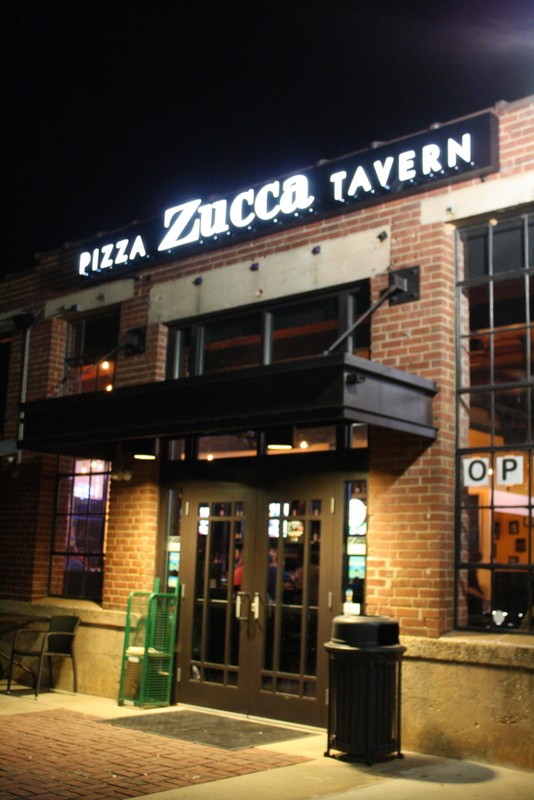 I can't believe it took me this long, but I finally made it over to Zucca Pizza Tavern to try out my latest neighborhood pizza place in South End. I watched the construction of the pizza joint during my weekly trips to Atherton Mill Market, anticipating a new pizza place.

We already have some awesome pizza restaurants here in Charlotte. A good thing, too, as it's one of my favorite foods. A city cannot have one too many good pizza places, so I welcome new pizza places (especially those I can walk to) with open arms. 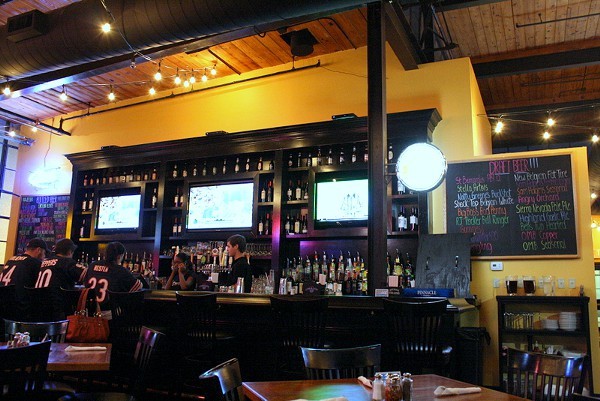 Before setting out on your beer-drinking bacchanal, please make sure to have a designated or hired driver.

Stop One: Meet at Olde Mecklenburg Brewery (215 Southside Drive) and schedule the time to begin your brewery tour. Make sure to taste all three beers: Copper (my favorite Charlotte brew), Captain Jack and the seasonal specialty beer. Grab a bratwurst with sauerkraut. If there is a televised game you want to watch, be aware that OMB only has one screen and that it does not face the tap room.

Stop Two: Triple C Brewing Co. (2900 Griffith St.) has five beers to taste. A must-try is the refreshing, well-balanced Amber Smoke, with a nuanced smokiness and hint of spice. Depending on time and day, a food truck may be there. Triple C has multiple screens tuned to sports.

Stop Three: NoDa has three breweries. Begin with Heist Brewery (2901 N. Davidson St.), a brewpub in the renovated Highland Mills. At 5 p.m. the full dinner menu is offered. Order flat breads for the table as you try the beers. Order more food as needed: The roasted duck quesadilla is killer with the I2PA. Save room for two more breweries.

Stop Four: Stop into the friendly Birdsong Brewing Co. (2315 N. Davidson St.), with its spectrum of taste. Try all brews, including the unexpected flavor of the jalapeño pale ale (not yet named but rumored to be Hot for Teacher). 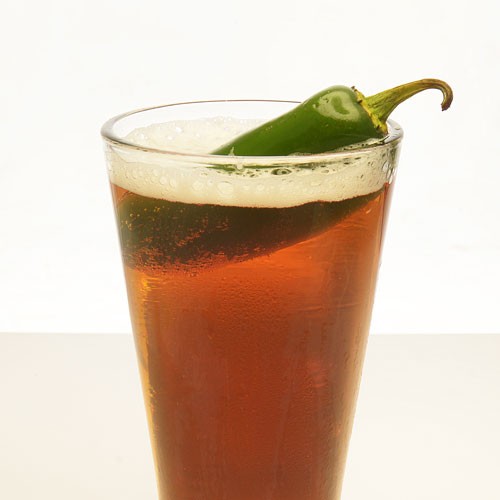 Stop Five: Walk across the street to NoDa Brewing Company (2229 N. Davidson St.) for “dessert.” Try the Coco Loco, a porter with layers of toasted coconut and chocolate, and talk to owner Todd Ford about his beers. 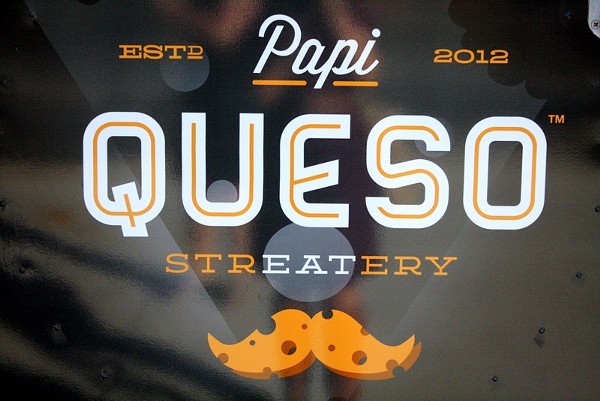 I recently spotted a new food truck in town, that (get this!) only serves GRILLED CHEESE! Grilled cheese is one of my favorite childhood comfort foods that I still return to as an adult when I want crave simple pleasures, so I had to try it for myself.

Turns out, Papi Queso serves up so much more than the traditional American cheese on white bread. 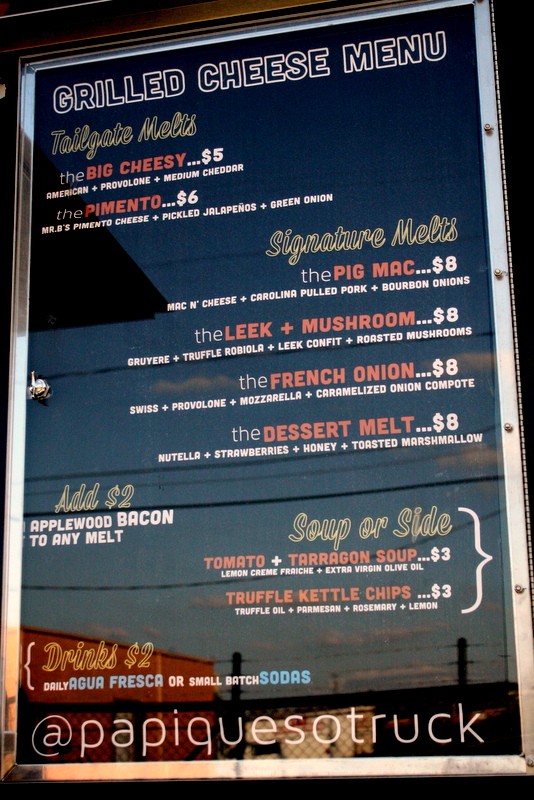 With such a unique name and such a spiffy new building, The Peculiar Rabbit is sure to stir up a lot of interest in the Plaza Midwood neighborhood. The restaurant/bar just opened on Monday, but I got the chance to have a sneak preview last week while the owner and staff were still putting the finishing touches on the three-story craftsman style building.

The restaurant features 24 beers on tap at each one of their three bars. Their main bar is on the first level, but a dumbwaiter helps lift all their beers on tap to the second and third floors.

Prices on their menu range from $10-$30 and Executive Chef Geoff Bragg covers the gamut from Asian Fusion to New American.

Here are some of their menu highlights: 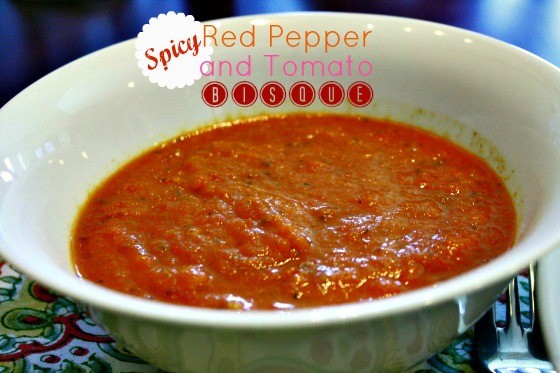 I'm a die-hard tomato soup fan. But it wasn't until I had tomato bisque in a restaurant that I started making my own. After tasting a thick and hearty bisque with complex flavors from additional vegetables and spices, Campbell's Soup just wasn't going to cut it.

I whipped this soup up for a fancier take on tomato soup for lunch with a friend. It was surprising how such a delicious soup, that you might find in a high-end restaurant, could be whipped up in a little over 10 minutes, plus 30 minutes of cooking time. And let's be honest: Letting the soup simmer requires absolutely no effort. You can kick your heels up and rest while lunch practically makes itself.

This soup is as easy as it is elegant.

I'm sure you've heard by now that Oktoberfest tickets are sold out. Sad face for you slackers.

But the next best thing is happening this weekend at VBGB (not VGBG, as I often accidentally say, even sober). Craftoberfest brings together four local brewing companies — 4 Friends, NoDa, Birdsong and Heist — to celebrate Oktoberfest and sample some good craft beers. The price of $45 gets you some specially made local brews, the traditional bevs, a cheese and pretzel buffet and the enjoyment of live music from Big Face Polka Band. And prizes. We can't forget the promise of prizes that's listed on the flyer.

On Saturday, I joined a fun group of friends to attend the third annual Sip and Stroll, a wine and art event hosted at the EpiCentre in Uptown. A big part of my excitement had to do with the fact that this wine festival did not feature North Carolina wines. Some of you might scoff, but I've never taken a liking to this region's wines. 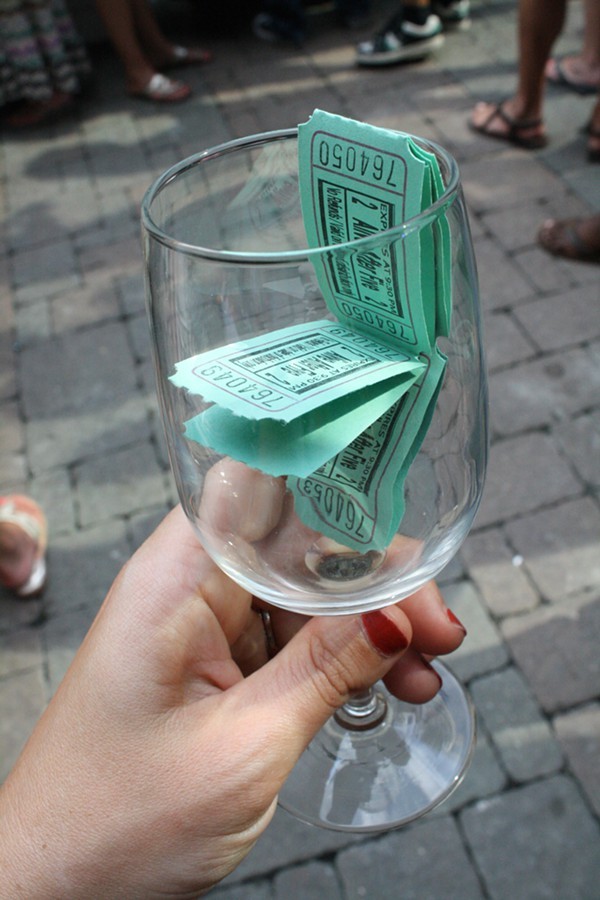 I was a little surprised to see a ticket system in place. I've attended Great Grapes in SouthPark and Charlotte's Oktoberfest for the past four years, which are always "all-you-can-drink" events. This format is probably safer than offering unlimited quantities of alcohol, but initially, it seemed like less of a bargain.

The major difference between using tickets versus all you can drink is that tickets got me a bigger pour than most wine tastings. And if you really liked a wine, you could give the pourer more tickets and get more wine. More wine is always a good thing.

“Here, taste this,” says Mindy Robinson, handing me a fingerful of greens from one of the lush trays carpeted with micro-greens, young vegetables and edible herbs in miniature form.

“That one is micro-cilantro,” she says.

I pop the tendrils in my mouth and am taken aback by the concentrated punch of cilantro invading my senses. It’s like a scene from Willy Wonka, “the schnozzberries taste like schnozzberries!” Only it was micro-cilantro and micro-basil, curly cress, celery and amaranth. I had discovered Tega Hills Farm, a local farm doing big things with micro-greens. 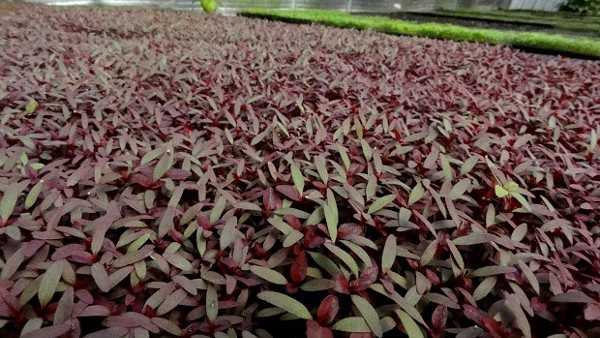 Tega Hills Farm is located in Rock Hill, S.C., just a short trip over the state line. Owned by self-taught farmers Mindy and Mark Robinson, Tega Hills Farm began selling micro-greens at the request of Ben Miles, a local chef working at Charlotte’s Blue Restaurant at the time. The couple began experimenting with planting techniques and within four weeks had their first batch of micro-greens — instantly discovering their niche selling to chefs at local Charlotte restaurants. Prior to that, the Robinsons were producing hydroponic tomatoes and having a rough go at it.

“Micro-greens turned our business around,” says Mindy. “It gave us year-round customers.”

Feel that, Charlotte? There's a cool breeze in the air and the promise that fall will be here soon. Nine days, in fact.

But for me, the first day of fall is just another day on the calendar, and fall is so much more than that. My favorite part of this new season is the return of comfort food to my kitchen. When I say comfort food, I immediately think of soup. Soup is about to make a comeback in my kitchen and in a big way. 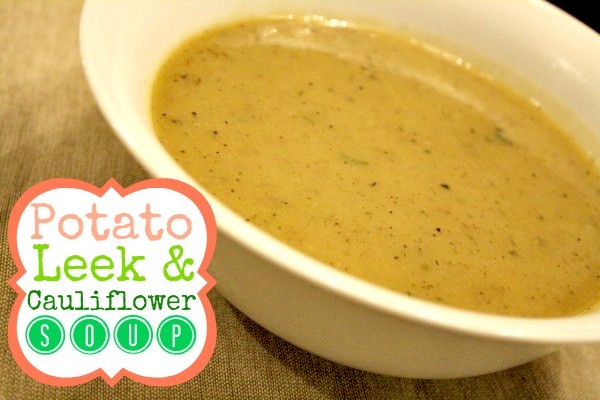 You can make enough to feed an army with very little effort and freeze it to be enjoyed whenever you like. Not that that ever happens in my house. My soup goes pretty fast. I am not the Soup Nazi, but I am the Soup Inhaler. When I find a soup I like, I eat it at every meal, so excess soup is rarely a problem. My husband has also been known to eat my soup for breakfast. I don't like to brag, but the fact that he'll eat my soup for breakfast ... well, that's saying something. 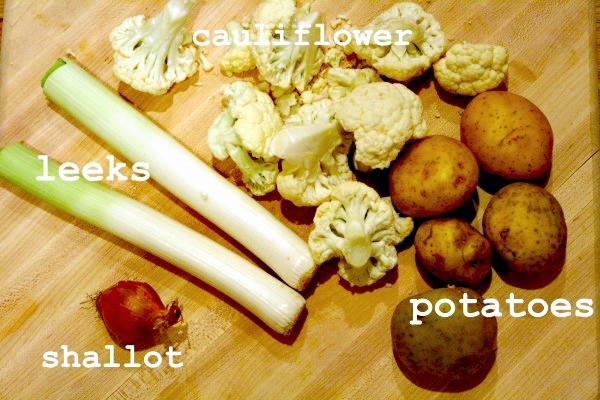 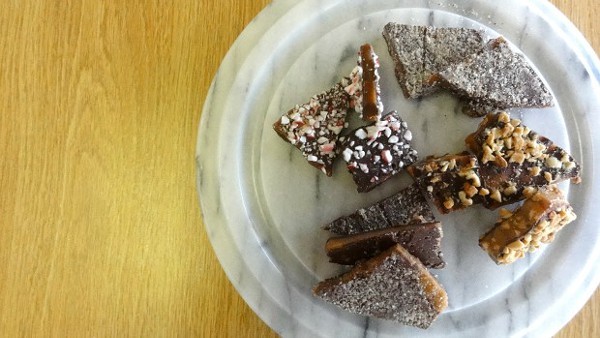 Nancy Boru is no stranger to adversity. This baker turned ”Jane of all trades" turned toffee maker knows a thing or two about being down and out, although she’s never down for long. After all, she’s got toffee to make.

In 1989, Nancy Boru found herself in a battered women’s shelter in Pittsburgh, Penn., with $17 in her pocket and two young children to feed. Her brother was tragically murdered by an abusive spouse and she was struggling to escape a similar fate from her own abusive marriage.

In search of a new life and new purpose, Boru fled to southwestern Colorado where she lived, worked and healed at the foot of Lone Cone Mountain. Struggling to make ends meet, she relied on food stamps and social services while she worked odd jobs sewing, installing drywall, refinishing furniture and bookkeeping until one day a friend asked for a sentimental favor.

Craving the comfort of his grandmother’s toffee, Boru's friend handed her a recipe he had found between the pages of a Minnesota library book. He asked her if she would make a batch of toffee.

“I had made toffee before, but not like this,” Boru says.

The toffee was so good she decided to bring it with her to a craft sale where she sold a few other items. That day, nothing sold except for the toffee and Boru knew she was on to something. She tweaked the recipe to create her own authentic toffee and was given $100 from a friend to start the business. That was January 1996, and Boru has been making toffee ever since.