Film / News Why so serious, Oscar? 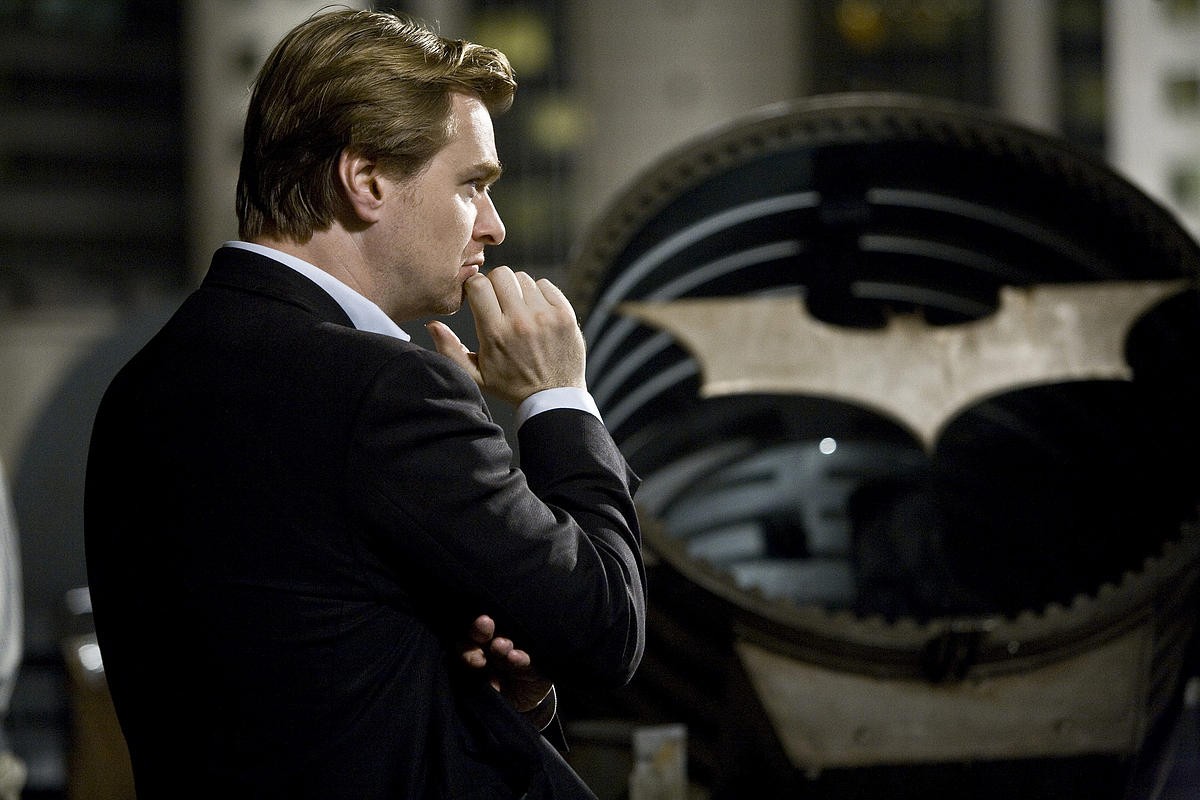 The curious case of the Academy's Nazi adoration

Certainly, Spike Lee nailed it back in a 1998 interview with Entertainment Weekly. Reflecting on when his 1997 effort 4 Little Girls lost the Best Documentary Feature Oscar to the Holocaust film The Long Way Home, Lee commented, "I'd rather be the Knicks playing the Bulls at the United Center down by 20 with 10 minutes left -- those odds are better than going against a Holocaust film." I was reminded of that quote as the nominees for the 81st Academy Awards were announced early Thursday morning. While many Oscar prognosticators were predicting -- some even guaranteeing -- that The Dark Knight would be up for Best Picture, I figured its slot would go to The Reader (and, yes, I have the Oscar pool ballot to back my claim!). Never mind that The Dark Knight was both a critical and commercial darling; never mind that it soared far above its designation as a "superhero flick"; never mind that it scored nominations from the Producers Guild, the Directors Guild and the Writers Guild. It simply stood no chance against a lesser film that touched upon the evils of the Holocaust. And sure enough, while The Dark Knight managed to score an impressive eight nominations, all but one (Best Supporting Actor for the late Heath Ledger) were in the technical categories; in the major categories of Best Picture, Director and Adapted Screenplay, it was shoved aside to make room for The Reader.

But The Reader isn't the only nominee unworthy of its lofty status -- at least according to the critics. Audiences who eye reviewers with disdain might soften their stance after glancing at these numbers from Rotten Tomatoes, a critical compilation site that awards "Fresh" and "Rotten" ratings based on the percentage breakdown of reviews across the nation. Here's how the Best Picture roster stacks up: Slumdog Millionaire, 95% Fresh; Milk, 92%; Frost/Nixon, 91%; The Curious Case of Benjamin Button, 72%; The Reader, 60% (one percentage point away from a "Rotten" designation). Clearly, the first three titles deserve their perches; the last two do not. Now let's look at the numbers for some other films that the Academy could have nominated: The Wrestler, 98%; WALL-E, 96%; The Dark Knight, 94%. Even Gran Torino (77%) and Doubt (77%) score higher than Benjamin Button and The Reader.

So let's face it: Wouldn't the Best Picture lineup look a lot better if The Dark Knight and WALL-E had made the cut instead of Benjamin Button and The Reader? Yeah, we figured most of you would agree.

Here, then, are some more observations regarding this year's crop of contenders.

* The eight nominations for Milk. The best movie of the year was a near-lock for its five nods in the major categories -- Picture, Director (Gus Van Sant), Actor (Sean Penn), Supporting Actor (Josh Brolin) and Original Screenplay (Dustin Lance Black) -- but its additional three bids in secondary categories (Film Editing, Original Score and Costume Design) indicate that it had strong support across the board.

* Taraji P. Henson for Best Supporting Actress. The Curious Case of Benjamin Button is hardly a favorite of mine (see "Low Points," below), but I fully support the nod for Henson, who was excellent as Benjamin's adoptive mother. Henson first impressed me in Hustle & Flow (and later in Talk to Me), so it's gratifying to see that she's finally being honored. And how about Marisa Tomei, nominated in the same category for The Wrestler? After winning for 1992's My Cousin Vinny, it was long felt that she was nothing more than a fluke winner, never to be heard from again (see: Mira Sorvino, F. Murray Abraham). But with two additional nods for 2001's In the Bedroom and now The Wrestler, Tomei has demonstrated that she's an actress of unlimited potential.

* The two major nominations for Frozen River. I missed this one during its brief Charlotte run, only catching up with it when the studio sent the for-your-consideration screener at the end of the year. Although it fell just shy of making my Top 20, I was impressed by this low-budget indie effort that featured confident filmmaking by writer-director Courtney Hunt and a strong performance by Melissa Leo. Apparently, the Academy liked it, too, handing it nods for Best Actress and Best Original Screenplay.

* The Best Original Screenplay category. While I'm massively upset that Robert Siegel wasn't nominated for his insightful script for The Wrestler, I can't argue with the titles that were chosen: the aforementioned Frozen River, Happy-Go-Lucky, In Bruges, Milk and WALL-E. That's a blessedly diverse lineup.

* The one-shot nominees. Several pictures received only one nomination, but in most instances, they represented the single best aspect of the production. Along with Happy-Go-Lucky and In Bruges for Best Original Screenplay, these one-hit wonders include The Visitor for Best Actor (Richard Jenkins), Rachel Getting Married for Best Actress (Anne Hathaway), Tropic Thunder for Best Supporting Actor (Robert Downey Jr.), Vicky Cristina Barcelona for Best Supporting Actress (Penelope Cruz), Kung Fu Panda for Best Animated Feature Film, and Hellboy II: The Golden Army for Best Makeup.

* The 13 nominations for The Curious Case of Benjamin Button. I predicted this self-important piece of tedium to earn 14 nominations, which would have tied it for the Academy record with All About Eve and Titanic. Luckily, my predicted nod for Best Sound Editing failed to materialize, but it still leads the field of contenders, which means it presently can be considered the frontrunner for the Best Picture Oscar. Yet while it deserves most of its technical nods (though not all; those visual effects look awfully rocky at times), it hardly deserves to be in the running for the big ones. And in the Battle of the Pretty Boys, the non-nominated Leonardo DiCaprio in Revolutionary Road gives a far more complex performance than Brad Pitt's blank turn here. Pitt's a highly underrated actor -- had he been nominated for his goofy supporting stint in Burn After Reading, that would have been A-OK with me -- but this isn't his best work, and I'm cynical enough to suggest that Academy members nominated him so he and Angelina Jolie (Best Actress for Changeling) could both be up in the same year.

* Kate Winslet's Best Actress nomination for the wrong film. First off, congrats to the Academy for ignoring all that nonsense (promoted by the studio, the Golden Globes and some critics' groups) that Winslet's performance in The Reader is a supporting one. Voters dismissed this shameless stunt and nominated her in the correct category. Unfortunately, although she's fine in The Reader, she's exceptional in Revolutionary Road, and her slot should have been for that picture.

* No Best Original Song nomination for Bruce Springsteen's title tune from The Wrestler. This is arguably the biggest WTF? of all the snubs, although those of us who have long tracked the general laziness of the music branch members can't be too shocked. Rather than do their jobs and sample all of the eligible song contenders, the members love to bunch up tunes from the same picture (that way, they don't have to watch as many movies, see?), resulting in three Best Song nominations last year for Enchanted and three the previous year for Dreamgirls. Catching wind of this sham, the Academy board this year designated that no individual film can have more than two songs nominated. No problem: After nominating the maximum two songs from Slumdog Millionaire and the obligatory one from an animated flick (in this case, WALL-E), the old fogies called it a day, ensuring that Springsteen's lovely song was left out in the cold. Oh, and a nomination for Hamlet 2's catchy "Rock Me, Sexy Jesus" would have also been sweet!

* No Best Supporting Actor nomination for Ralph Fiennes. Apparently, the Academy has cooled on this once-hot actor. After failing to nominate him for 2005's The Constant Gardener, they again skip him, even though he had three eligible performances this year: The Duchess, In Bruges and The Reader.

* No nominations for The Love Guru. Kidding! Actually, Mike Myers' cinematic abomination is well-rewarded with seven nominations ... for the Golden Raspberry Awards.

Other Points Of Interest:

* Doubt star Meryl Streep builds on her record number of acting nominations, upping her total to 15. In second place, Jack Nicholson remains tied with the late Katharine Hepburn at 12.

* For only the second time since 1981 -- and the fifth time in Oscar history -- the Best Picture and Best Director nominations line up perfectly.

* Of the year's superhero flicks, The Dark Knight obviously fared the best with eight nominations. Iron Man earned two, Hellboy II: The Golden Army snagged one, and Hancock, The Incredible Hulk and The Spirit were shut out.

* In the past two years, five of the 10 Best Documentary Feature nominees focused on Bush's disastrous war in Iraq. This year, none of the five finalists touch on the subject. That's not to say Bush's crimes against humanity aren't represented: One of the nominees, Trouble the Water, centers on the aftermath of Hurricane Katrina and covers the government's bungled response. Don't let the White House door hit you on the way out, George.

These were the films nominated by the Academy for Best Picture.

Based on a national sampling of 286 reviewers, these were the films that appeared the most frequently on critics' 10 Best lists.

These were my picks for the year's best movies.

4. In Search of a Midnight Kiss

These were the year's biggest moneymaking releases.

3. Indiana Jones and the Kingdom of the Crystal Skull

OK, we now have a sense of which films reigned as the biggest and/or best of 2008. But what about the worst? Glad you asked. We compiled data from various sources (critics' lists, Rotten Tomatoes, Golden Raspberry Awards) and ascertained that the following titles were the year's biggest turkeys:

3. The Hottie and the Nottie

5. In the Name of the King: A Dungeon Siege Tale