Comic Afterthoughts The most patriotic comic covers of all time

As we (slowly) return to work this morning from a fun-filled Fourth of July weekend, Comic Afterthoughts looks at four of our favorite patriotic comic book covers. From the 1940s to 2010s, read how comics have payed tribute (and cashed in) on our great country. 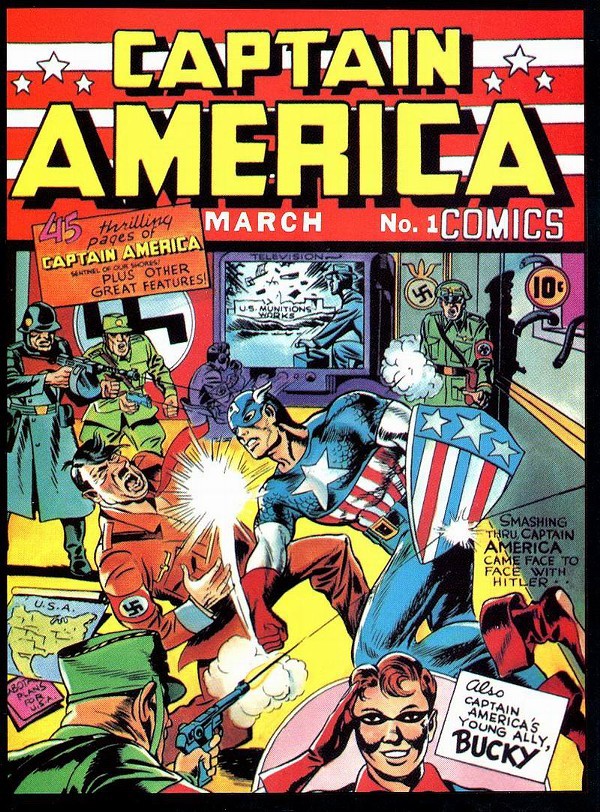 Captain America Comics #1
It couldn’t be a patriotic list without the inclusion of Captain America, Marvel’s flagship flag-bearer. The character’s obviously had his fair share of U.S.-centric covers over the years, but perhaps the most shamelessly American one would the one below. It’s Captain America, and he’s punching Hitler.

It’s actually the character’s first appearance, in Captain America Comics #1. The aptly named book set the tone for the 1940s hero, proving a protagonist who fought real-world bad guys. The character is often incorrectly attributed as a creation of Stan Lee, but it was the duo of Joe Simon and Jack Kirby who were responsible for Cap.

The character would be revived in the Silver Age of comics, but the purest form of Steve Rogers’ star-spangled hero would be his Nazi-punching, edged shield-donning debut. Cap would go on to battle other real-world characters, even taking on Richard Nixon in a little run from Steve Englehart. If you’re going to make any president an arch-villain, I suppose Nixon would be the one.

Fun fact: In Captain America’s original origin, he was given the super-serum through injections. When he was revived in the ‘60s, they retold his story with an orally ingested serum. By the time the Silver Age had rolled around, the Comic Code Authority was hesitant to allow injected drugs onto comic comic covers, even if they weren’t real, street-purchased drugs. 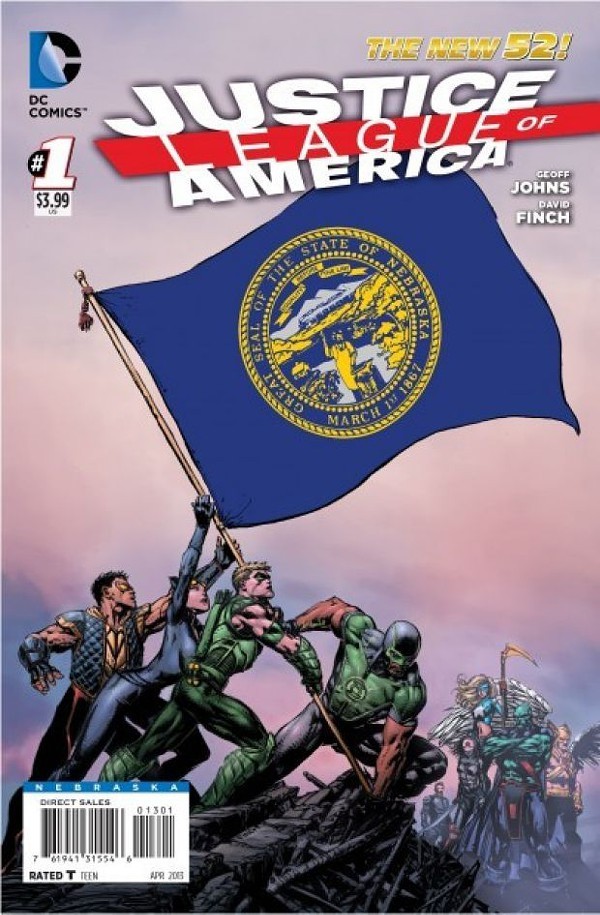 The superheroes on the cover are even posed like the famous “Raising the Flag on Iwo Jima” photo, depicting marines and a corpsman raising a flag at the top of Mount Suribachi. Sure, it seems gimmicky, and it may have even offended a few. But at the time a DC book hadn’t been as successful in single-issue sales since 1996.

Everyone rushed out to get the flag that represents their current states. Some would frame several, depicting the varied spots they’ve lived over the years. It was a brilliant piece of marketing if there ever was one, which makes the entire concept even more American.

One more note: The cover includes the Green Lantern Simon Baz, who was DC’s first Muslim Arab-American hero. The character was the center of much controversy during the previous year. 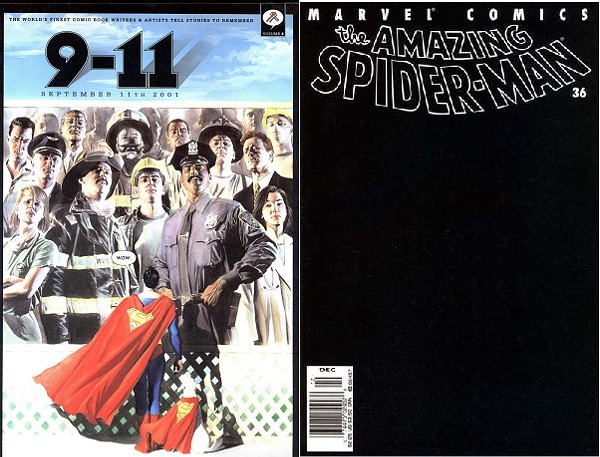 In the wake of the events on Sept. 11, 2001, comic books couldn’t ignore the tragedies. DC and Marvel took different paths in how they handled it. For Amazing Spider-Man #36, the all-black cover was the major comic company’s first nod. By placing its tribute in the comic of the most New York character of any in their roster, Marvel was able to connect the Big Apple of Peter Parker’s world to our own.

But it didn’t come without some groan-worthy moments. The most controversial one came at the end of the comic, in which even villains are somber in the wake of these events. The same villains who try to destroy the country on a regular basis. Some felt it trivialized the attacks; others felt it was a fitting tribute.

But we’re talking about the covers in this article, so let’s get back to the tie. The other cover for this entry is 9-11: The World's Finest Comic Book Writers & Artists Tell Stories to Remember. The book was the second volume in a collection of several stories from artists and writers reacting to the events of 9/11.

The Superman cover, complete with Krypto, depicts the hero in awe of New York firefighters. Beautifully rendered by Alex Ross, it’s a sight to behold, regardless of how you feel about it. 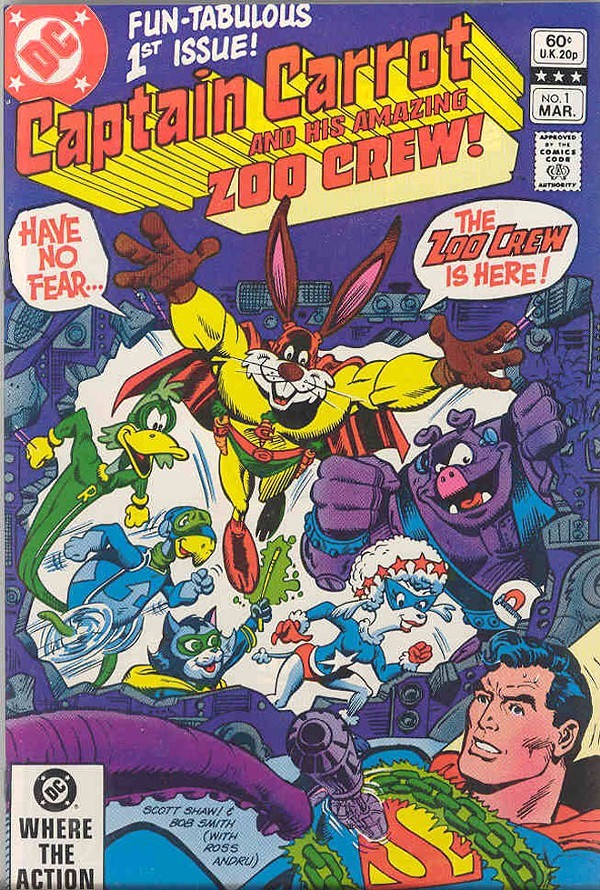 Captain Carrot and His Amazing Zoo Crew #1
This one may not be so patriotic at first glance, but I want to bring your attention to a certain character in the lower-right corner. No, not Supes. Above him.

That’s Yankee Poodle. I’m not lying; that’s a real character. The book may not focus on her, but just her presence alone puts this book on the list.