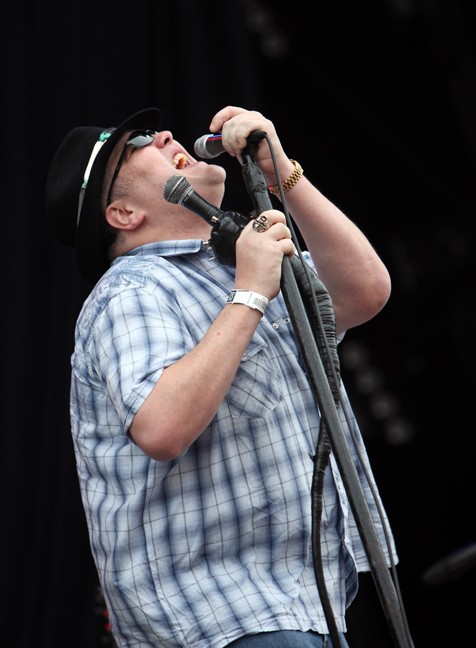 Day two of Lollapalooza got started, for me, around 1:45 p.m. with a set by Blues Traveler. The blues-rock jam band kicked off its set with "Runaround" before going into a cover of Sublime's "What I Got," both of which quickly won over the crowd. 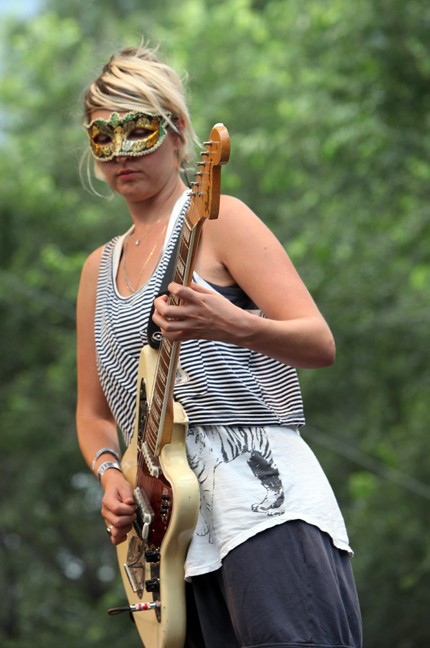 From there, I made my way over to see Warpaint on the Sony Bloggie Stage. The quartet of women offered some atmospheric rock that worked well in the shady confines around the stage. 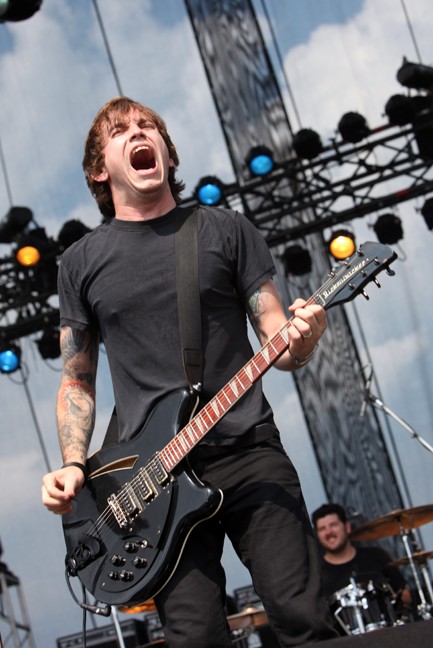 Back across Grant Park to the Adidas Mega stage to see Against Me! Wearing all black, the band was hardly deterred by the mid-day heat as singer Tom Gabel was full of smiles and the crowd was loving every note. 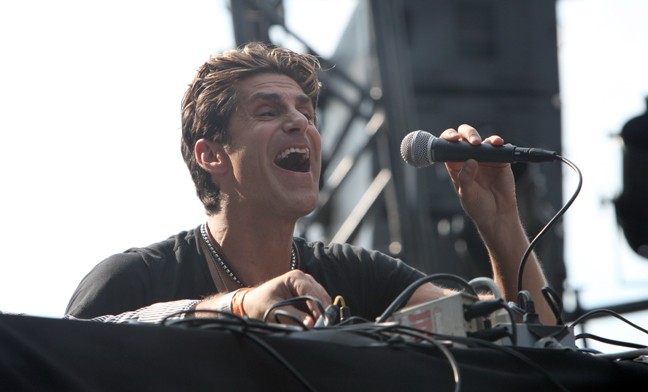 After a quick bite to eat, it was off to Perry's Stage to see Perry Farrell join Chris Cox on the turntables. Farrell kicked off the set by singing "Stop" to a remixed version of the Jane's Addiction song. The hour-long set ended with a song performed, and possibly lip synched, by his wife, Etty. 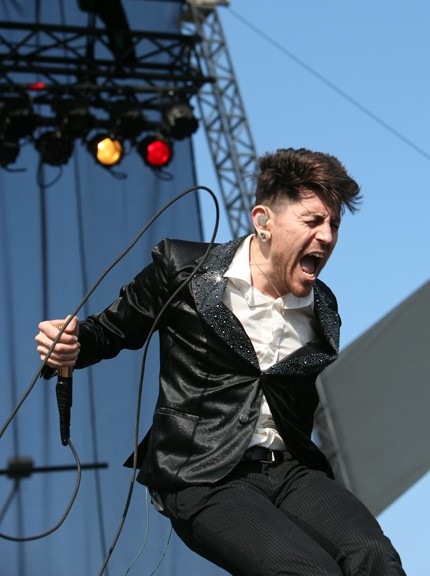 Next up on the Adidas Mega stage was AFI, who clearly had a large contingent of fans up front screaming every word to their songs. 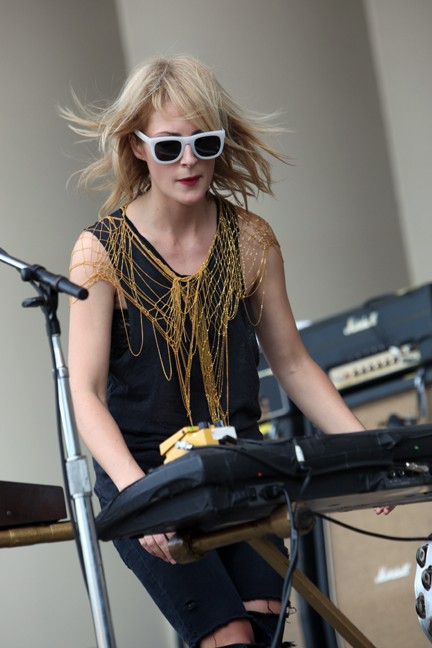 Metric was on the other side of the grounds on the Playstation Stage. 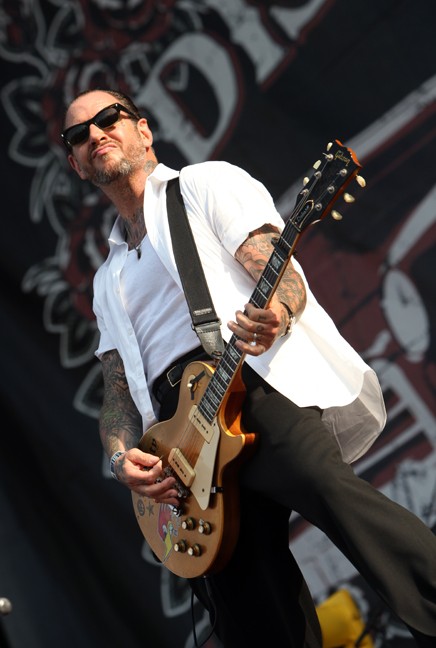 Social Distortion brought their rough rock to the Parkways Stage and ran through song after song getting the crowd greased up and ready for the day's headliner.

Once again, I had to wait in line to get a spot to try and photograph Green Day and missed some other acts I hoped to see, including Edward Sharpe and the Magnetic Zeros. However, I wound up being one of 40 photographers who shot pics of the headliner. 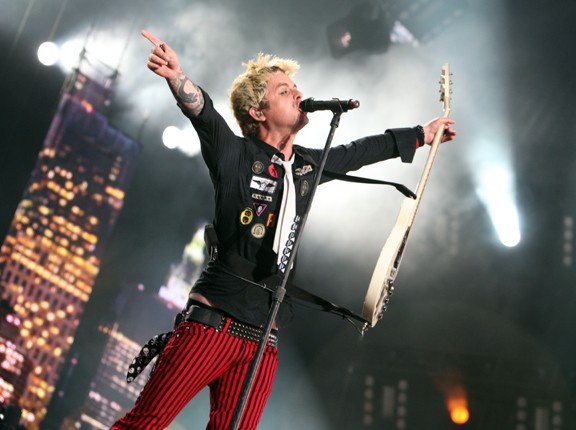 Green Day hit the stage with a furious energy and never let back for the duration of their two-and-a-half hour set.

The band ran through hit after hit, often seeking crowd participation and inviting people on stage. The first guest was a man with a French flag who then proceeded, at the urging of singer Billie Joe Armstrong, to do a stage dive to the photo pit about 10 feet below — which he did successfully. 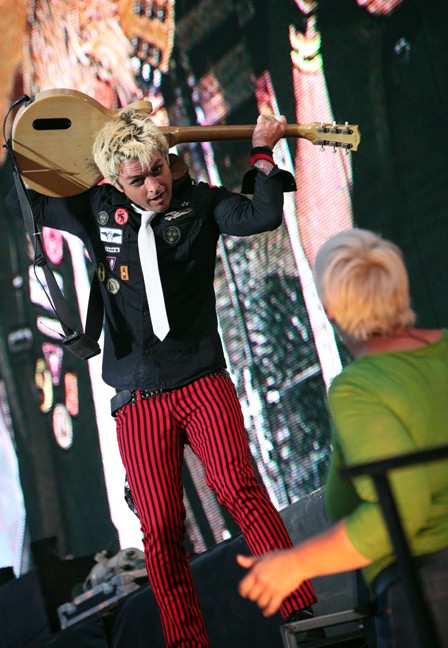 Armstrong even found time to visit the hearing-impaired sign language provider with a brief over the head solo.

Later, Armstrong invited a guy up to sing its hit, "Longview." The guy was all over the stage, knew every word and you'd have to assume he was at least the singer for a band somewhere to have such stage presence. Armstrong was so impressed, he gave him his guitar. 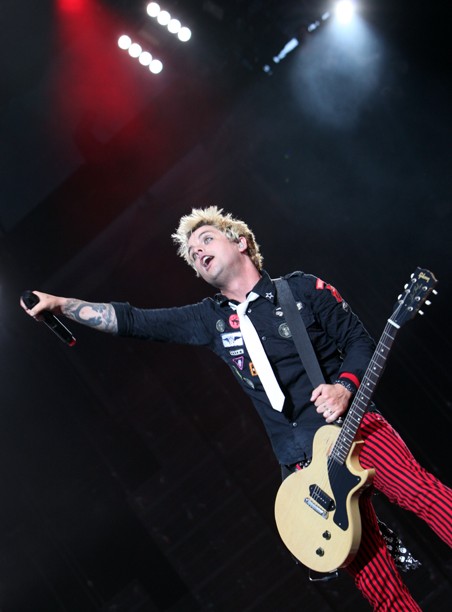 Armstrong continually asked the crowd to "get crazy" and hinted that they would play past the 10 p.m. curfew, which they did. The band, amidst an array of fireworks, finished its set with a four-song encore that included "Jesus of Suburbia" and ended with "Time of Your Life."

1. Song Of The Century Play Video

Give Me Novacaine Play Video

Are We The Waiting

When I Come Around

King For A Day

Wake Me Up When September Ends

Good Riddance (Time Of Your Life)