In the wake of the grand jury's decision not to indict police officer Darren Wilson in the Aug. 9 killing of Michael Brown, Killer Mike, who was performing in nearby St. Louis last night, gave an emotional speech to the crowd after hearing the news. Mike is one-half of the hip-hop duo Run the Jewels.

When I stood on the bus, and I cried, and I hugged my friend and he came and he hugged me, right there, and I said, ‘These motherfuckers got me today.’ When I stood in front of my wife, and I hugged her and I cried like a baby, I said, ‘These motherfuckers got me today.' You motherfuckers will not own tomorrow, we will not live in your fear, we will not accept your pain, we are not going to keep playing that race card, because we know, we know you don’t value my skin. We know you do value his (El-P), but you know what, we’re friends and nothing is going to devalue that.

Before I came out here, there was no peace in my heart and I wanted to walk out to ‘Burn This Motherfucker Down.’ But I got to tell you, I’m from Atlanta, Georgia, something said, ‘Just look for something Martin King might have said.’ So I googled Martin King and Wikipedia popped up, and he was 39-years old when you motherfuckers killed him. He was the same age as I am, the same age as El. He was a young man when they killed him.

* Country singers Ty Herndon and Billy Gillman both came out as gay last week. Herndon was married, twice, previously to women but says he has been in his current relationship for years and always struggled with his sexuality. Gillman revealed his orientation via Twitter and a YouTube video to his fans.

* There have been rumors for weeks, but it was finally confirmed that Katy Perry will be the halftime performer at Super Bowl XLIX on February 1, 2015.

* One Direction won Artist of the Year honors at the American Music Awards last night. For a complete list of winners, go here.

With a backdrop that included a large band logo and two massive upside-down crosses, Slayer took the stage at the sold-out Fillmore on Sunday night and throttled through its 21-song set in classic fashion. With guitarist Gary Holt filling in for the deceased Jeff Hanneman next to original members guitarist Kerry King and bassist/singer Tom Araya, along with drummer Paul Bostaph, the band proved its mettle to fans who haven't seen the band in Charlotte since their 1999 tour stop as a part of Ozzfest. 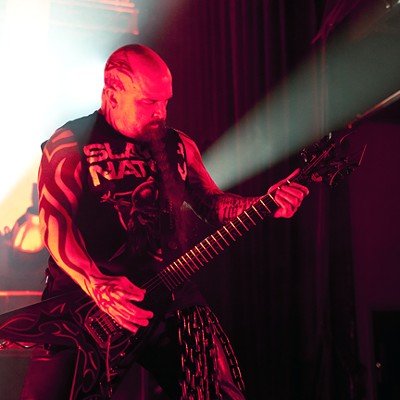 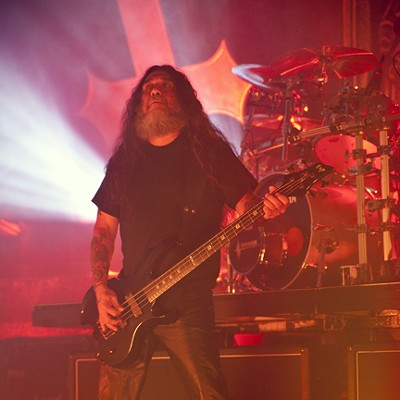 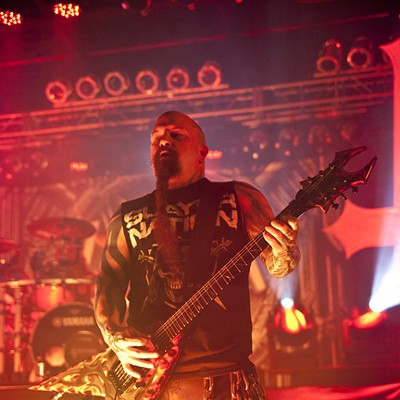 A new four-part video series entitled, Out With the Old, takes a look at the Avett Brothers' performance at Time Warner Cable Arena for New Year's Eve last year. Documented by Crackerfarm, Part II of the series looks at some of Scott and Seth Avett's artwork, in addition to live performance and backstage footage from the show.

"This next one's a love song," Hunter Hayes told the sold-out crowd in attendance for the Scott Clark Toyota Kat Country Jam presented by 96.9 The Kat at the Fillmore on Wednesday night. "... like I'm going to sing anything else tonight." The 23-year-old then kicked off his music award-winning song "Wanted," much to the delight of countless young female fans shrieking in the audience.

Hayes was one of four singers on stage, alongside duo Montgomery Gentry and Dustin Lynch, for a rotation-style performance headlining the Jam, the proceeds of which were to benefit St. Jude Children’s Research Hospital. The artists took turns singing for six rounds, with each tossing in a cover song in place of doing one song all-together.

If you thought Charlotte singer/musician Benji Hughes had been a little quiet since the 2008 release of his critically acclaimed album, A Love Extreme, there's a reason for it. He's been busy working on a whole bunch of new music — three albums, to be exact.

Hughes announced via Facebook this morning that there are three new albums available via his website, benjihughesmusic.com — XXOXOXX, OXOXOXOXOX and Songs In The Key Of Animals.

"I feel like I'm performing at a teen dance at a skating rink," Alvvays singer Molly Rankin told the small crowd at the Neighborhood Theatre on Nov. 14, 2014. Performing on the small stage of the NoDa venue, the Canadian band rifled through songs from its self-titled debut released earlier this year. Rankin never really qualified the statement, so those in attendance can only assume it was meant to be complimentary, in some way — though who liked going to awkward high school dances?

Armed with a steady arsenal of pop-infused indie rock, the quintet's Charlotte debut won over the crowd in short order. Sure, the band's hit single, "Marry Me, Archie" seemed to garner the most energy from the audience, but heads bobbed in approval throughout the band's set.

* Chinese singer Rong "Rollin" Wang released a bizarre video for her song "Chick Chick," that looks to be capitalizing on the success of Ylvis' "What Does the Fox Say?" and Psy's "Gangnam Style."

* Sinead O'Connor, in a lengthy interview with the UK's Daily Mail, wasn't a fan of U2 forcing their album on people, referring to it as being something "almost terrorist." 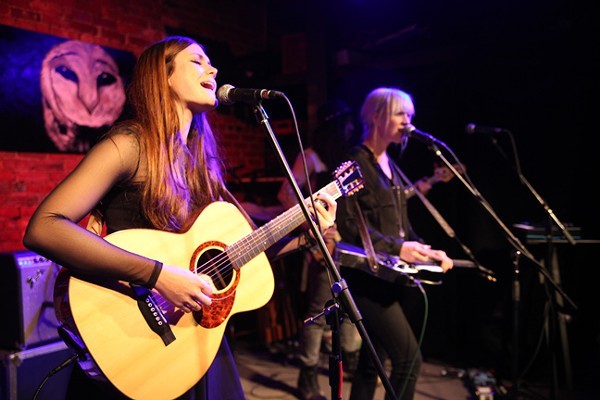 Before starting its second song, Larkin Poe asked the Evening Muse audience if they'd mind hearing a cover song. It was a bit early in the set, but the crowd obliged as singer/guitarist Rebecca Lovell announced the title, "Wade in the Water," a well-known spiritual. The song started out in traditional format before slowly building and turning into a rambunctious, mandolin- and lapsteel-driven foot-stomper full of soul and spirit. Megan Lovell brought forth a bit of sacred steel influence in her riffs, drawing massive applause as the song ended. This sure didn't sound like the same Larkin Poe who played MerleFest in 2010.

It had been three years since Larkin Poe performed in Charlotte, but the sold-out crowd in attendance for this appearance will hopefully get them back sooner than later. Originally two-thirds of the sister trio The Lovell Sisters, Megan and Rebecca Lovell have been together as Larkin Poe since 2010. Their performance at MerleFest was early in the band's formation and still steeped in its bluegrass roots. Since then, Rebecca and Megan's music has developed into a more soulful Americana that's closer to roots-rock than anything bluegrass or folk.

* Robert Plant reportedly turned down an offer of $300 million to tour with Led Zeppelin. Virgin Atlantic billionaire Richard Branson proposed a 35-show schedule in three cities — London, Berlin and New Jersey — that would have paid each band member that same amount. Plant has repeatedly said that he has no interest in touring with the band.

* Jason Aldean has removed his latest album from Spotify, following the lead of Taylor Swift. Old Boots, New Dirt was streamed by more than 3 million Spotify users between its release on Oct. 7 and its removal.

* One Direction was the big winner at the MTV European Music Awards on Sunday night, taking home five statues. The show, which was hosted by Nicki Minaj, took place in Glasgow, Scotland.

RECENTLY ANNOUNCED:
* Kissmas Concert 2014 featuring Jessie J, Nick Jonas and Bebe Rexha on Dec. 9 at the Fillmore.
* Jessica Lea Mayfield and David Mayfield at the Neighborhood Theatre on Dec. 10.
* Glen Hansard at the Knight Theater on Feb. 9.
* Echosmith at the Visulite Theatre on Feb. 25.