Billy Joel will perform at Time Warner Cable Arena on Dec. 5, according to an announcement at a press conference at the Arena today. Tickets will go on sale on Feb. 6.

The 65-year-old's appearance will be his first in Charlotte since a tour with Elton John in 2009. Joel is also set to headline the 2015 Bonnaroo Music and Arts Festival in June.

As part of the announcement, video was released of a few of the Charlotte Hornets doing some karaoke. Check it out:

The folks at Time Warner Cable Arena say a "major concert announcement" will be released this Thursday. A press conference is scheduled, with Hornets Sports & Entertainment President and COO Fred Whitfield sharing the news, and Wilson Howard of Live Nation expected to attend.

The last time a concert announcement required a press conference this big was for Paul McCartney. So, who do you think is coming to Charlotte?

Here are a few possibilities:
* Katy Perry will perform at the Super Bowl on Sunday. It only makes sense that a large national tour will follow.
* Billy Joel will headline Bonnaroo this summer. Could a national tour be planned around that?
* Metallica is expected to tour this year, but we don't think it would require a press conference.
* Kanye West — only because Kanye West would demand a press conference.
* Garth Brooks has been making the rounds recently to much fanfare, but it wouldn't be a "surprise."
* AC/DC is expected to tour this year.
* Would the Rolling Stones go back out on tour?
* Prince could hit the road in support of those two albums he released late last year.
* The Who has already announced its tour and is heading to Raleigh.
* Would U2 add dates to its 2015 tour schedule?
* We can't imagine the Foo Fighters would ask for a press conference.

The strong vocals of Taylor Centers are a tough act to follow, but Radio Lola singer Danielle Engle may have been the best one for the job. Engle's experience shone through as she took the stage with her band and belted out a partially a capella version of "You Really Got a Hold On Me."

From there, the Charlotte quartet cruised into autopilot, showcasing its wares of rock-infused soul bolstered by the strength of Engle's vocals and the harnessed amplitude of Chris Hendrickson's guitar fury. The band's sound is filled out by drummer Sean Nowak and bassist Kevin Snyder.

This year's lineup of country artists performing at PNC Music Pavilion as part of the 2015 Country Megaticket have been announced. They are:

For a band that doesn’t have a lot of songs (they only released their debut album on Partisan Records in May of 2014), Sylvan Esso packs its live sets with songs that carry a powerful punch. The indie-pop electronic duo makes up for quantity with quality. At one point, they admitted to not having many songs to play - they played around 11 songs during their show at Neighborhood Theatre - and thanked the sold-out crowd for coming.

The band, which hails from Durham, North Carolina, is comprised of two members - songstress Amelia Meath and producer/keyboardist Nick Sanborn. The duo filled the room with energy during its short and sweet set.

A handful of new shows have been announced for the coming months, so here's a quick rundown:

* Langhorne Slim and Ancient Cities will perform at the inaugural Moo and Brew Fest at the N.C. Music Factory on April 11. The Creative Loafing event will also feature craft beer and burgers. Tickets go on sale on Jan. 26.

* Remember when Motley Crue said their final tour was happening last year? Well, it's still going on and it's coming back to Charlotte on Aug. 29 at PNC Music Pavilion.

* "Weird Al" Yankovic will perform at Ovens Auditorium on June 19.

* New Kids on the Block will perform at Time Warner Cable Arena on June 2 along with TLC and Nelly for the tour's only Carolinas appearance.

* Fall Out Boy and Wiz Khalifa will perform at PNC Music Pavilion on July 19.

* The Delta Spirit will perform at the Visulite Theatre on April 3. Tickets on sale on Jan. 23.

* Lee Bains III and the Glory Fires will perform at the Milestone on April 11.

Watching Black Label Society frontman Zakk Wylde play a guitar is a lot like watching a Hell's Angel ride a tricycle. It's about power and speed, not about simplicity or intense emotion. For the better part of 10 minutes, Wylde unleashed a solo in the midst of his BLS concert on Sunday night at the Fillmore that was relentless. His left hand flew up the fretboard while his right chugged across the strings vigorously. Staccato notes bounced off the walls in a barrage on the audience. It never really ended, either. Instead, the band returned to the stage and rolled right into the next song, "Godspeed Hell Bound."

There are guitar solos that serve songs and there are displays of self-aggrandizing guitarsturbation that are pointless. I'd say Wylde's moments in the spotlight are somewhere in between. They lean more toward self-serving, sure, but how many guitarists out there can do what he does with the same level of speed and skill? The now 48-year-old had to fill the shoes of deceased Ozzy Osbourne guitarist Randy Rhoads — when he was 19. To metal fans, Wylde is a guitar god.

* Indy Week is reporting that Etix founder Travis Janovich is trying to buy the Triangle area's Hopscotch Music Festival. If the sale goes through, current festival director Greg Lowenhagen would remain in that position. New owners will bring a bit of insurance at the festival will continue and that promotion can be further reaching.

* A$SAP Mob founder A$AP Yams was found dead at age 26 over the weekend. Details of his death have not been made public. Yams, born Steven Rodriguez, is credited with helping the A$AP Mob secure their record contract along with guiding the careers of A$AP Rocky and A$AP Ferg.

* Black Crowes guitarist Rich Robinson has announced at the band has officially broken up. This comes one year after the band played its final show. The band has had two lengthy hiatuses in its history and Robinson said the final straw relates to money.

Billy Joel, Mumford & Sons, Deadmau5 and Kendrick Lamar have been announced as headliners for the 2015 Bonnaroo Music & Arts Festival. Taking place in Manchester, Tenn., this year's festival will be held from June 11-15.

From the eclectic rhythms of Thank You Scientist to the brutal attack of Periphery, the crowd at the Fillmore on Jan. 11, 2015, got their fill of rock and metal in a variety of styles. New Jersey septet Thank You Scientist opened the show with a bit of Zappa-esque musicianship — a combination of rock band meets trumpet, sax and violin. Woven War brought two singers while Nothing More had moments of dual drumming. Periphery haunted in low lighting to close out the night. If you missed them, Periphery will be back in the Charlotte area this May as part of Carolina Rebellion. 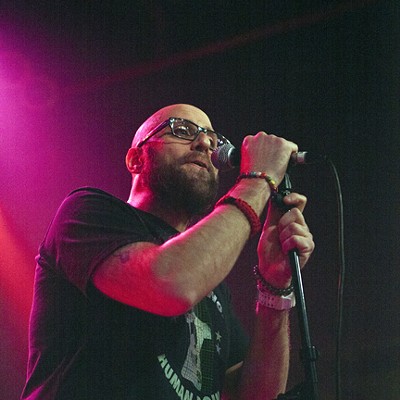 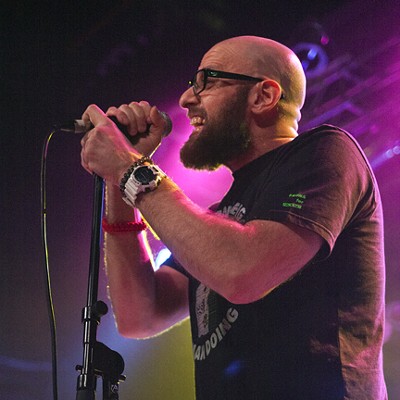 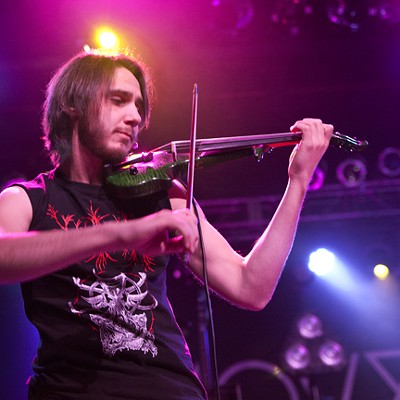 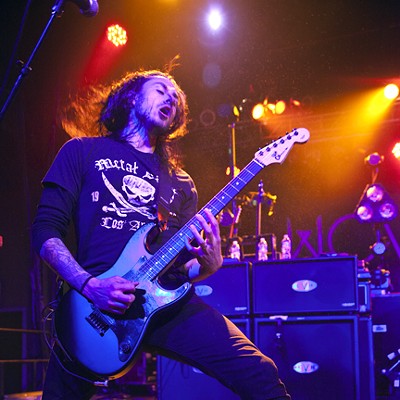 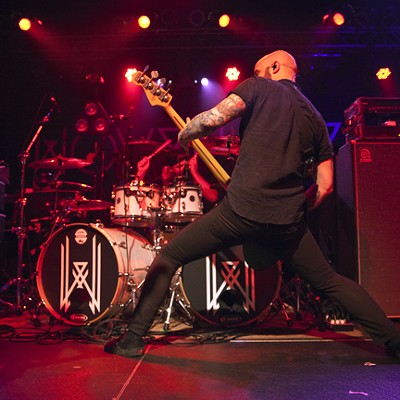 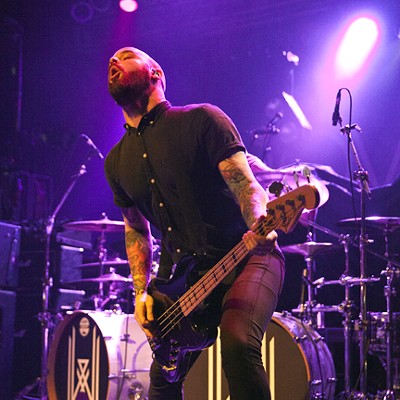 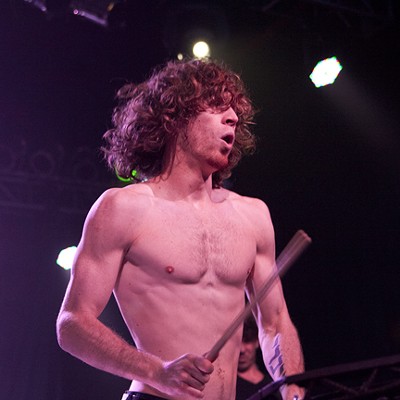 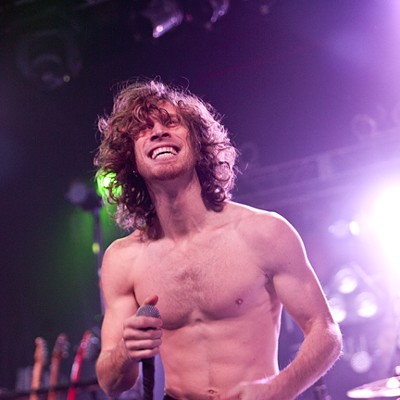