Social Distortion hit the Fillmore on Friday night to perform their 1990 classic self-titled album in its entirety. Can I just say I'm a fan of this format — performing the entire album, but not necessarily track-by-track. The band mixed it up and saved their Johnny Cash cover for the encore. Photographer Justin Driscoll was there to catch the action. 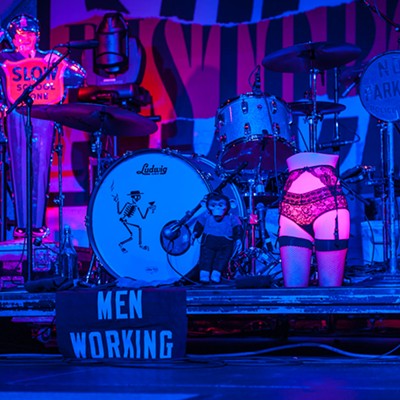 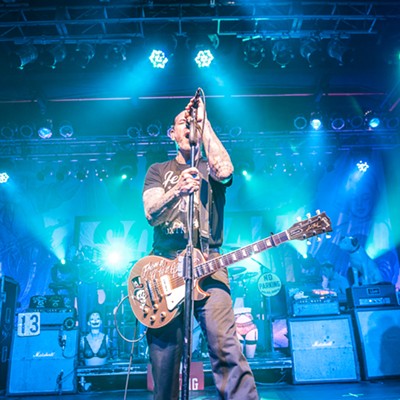 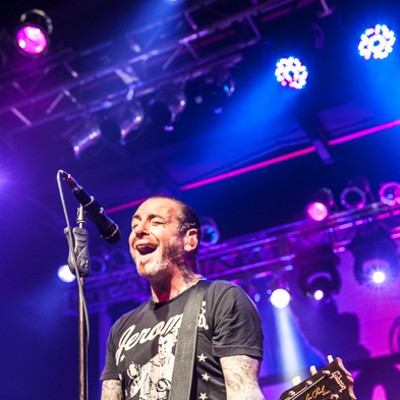 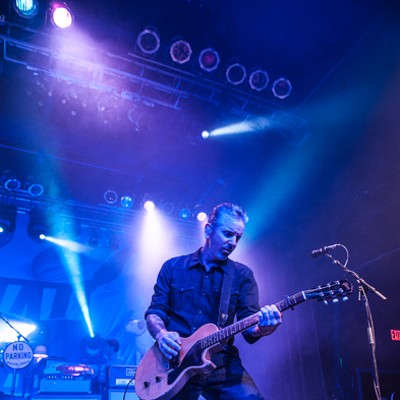 Don't Drag Me Down
Ring of Fire

Donning a furry blue dress and white ankle socks, Melanie Martinez hit the stage to perform her child-influenced pop songs with a bit of attitude on Wednesday night at Amos' Southend. It's easy to see the appeal. Her songs have as much playful attitude as bite.

A handful of local bands rocked the night away at the Chop Shop on Saturday, Aug. 22, to give thanks to Divakar. The radio host has been a supporter of local music for 20 years on his 106.5 The End show 90 Minutes. Among the performers were The Sammies, The Bleeps, Lou Ford, Grown Up Avenger Stuff, Radio Lola, Tattermask, Ish, The Waves and Funky Geezer. Toward the end of the night, Divakar was presented a PBR guitar that was signed by all of the bands. 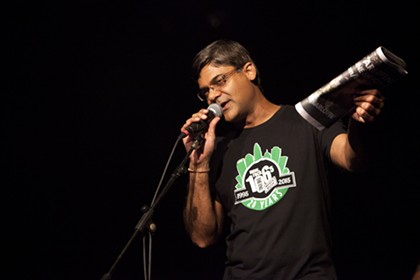 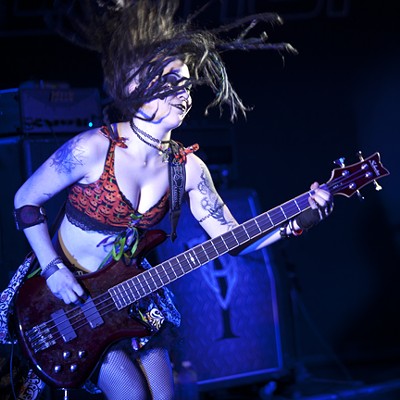 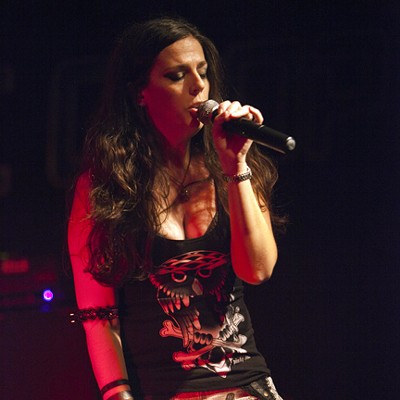 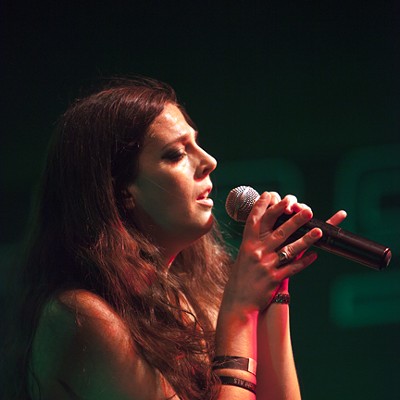 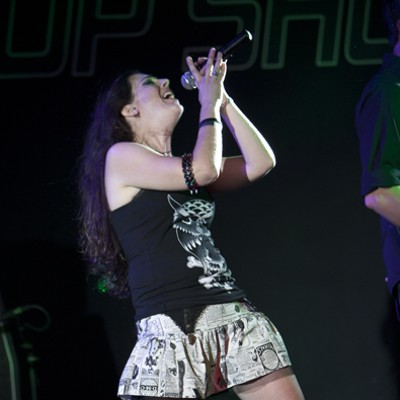 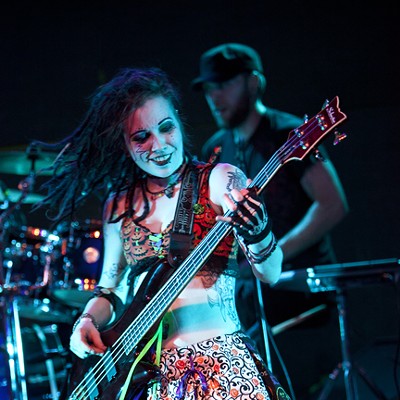 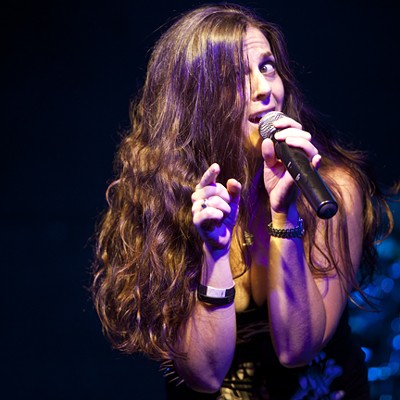 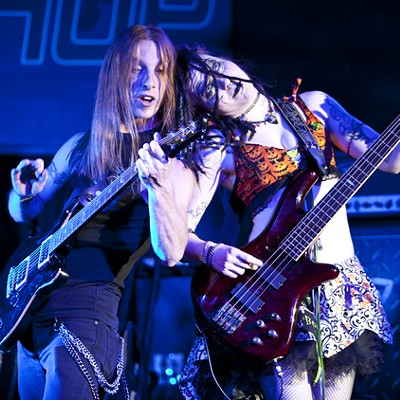 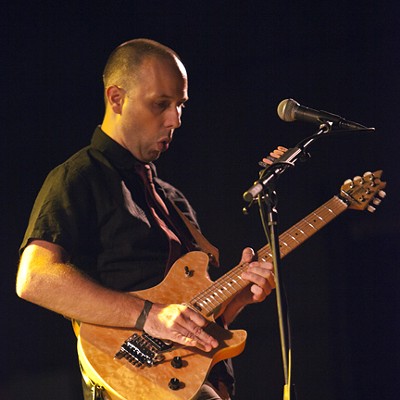 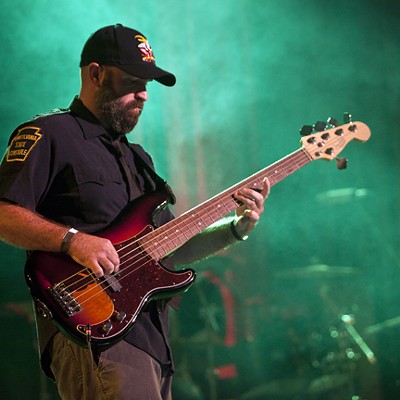 To say the crowd went wild for J. Cole on Wednesday night at PNC Music Pavilion wouldn't begin to describe the electricity in the air when the Fayetteville rapper hit the stage. I don't think I've ever seen so many people jumping up and down and singing along to every word from the first notes on. Sure, they loved Big Sean and were entertained by earlier performances in the night, but J. Cole sure has come a long way from the Fillmore stage three year ago. The near sell-out crowd couldn't get enough and J. Cole appeared to soak it all in early in the night. 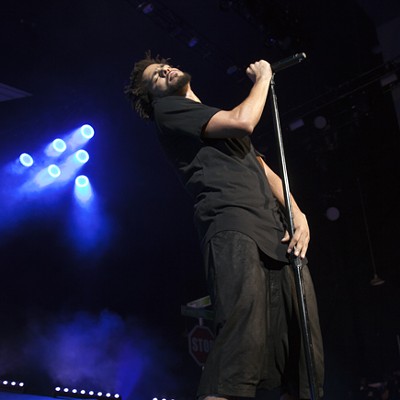 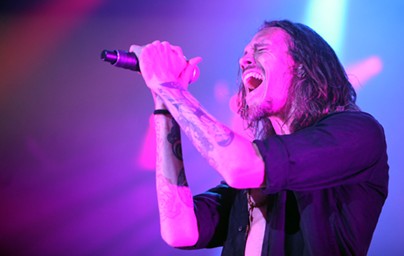 You'd never know it was a Sunday night by the size of the crowd packing PNC Music Pavilion on Sunday night for the Incubus and Deftones co-headlining tour. Fans couldn't get enough hard rock as both bands spanned their catalog during lengthy sets. The night, which was supposed to get started with the Bots (rumor has it they got kicked off the tour), began with the heavy-handed rock duo Death From Above 1979. While there were plenty of Deftones fans in the audience, Incubus drew a massive singalong with its first song, "Wish You Were Here." 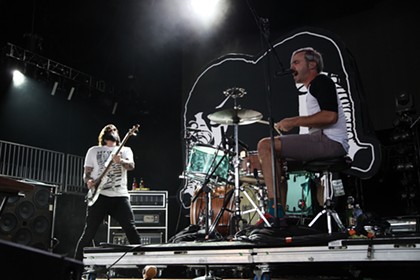 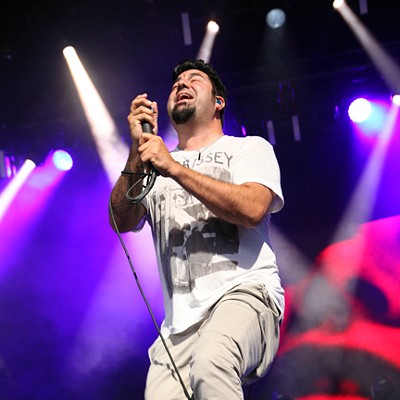 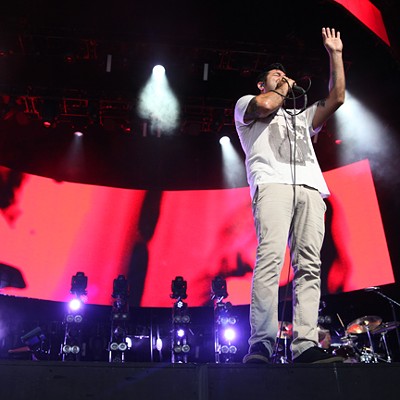 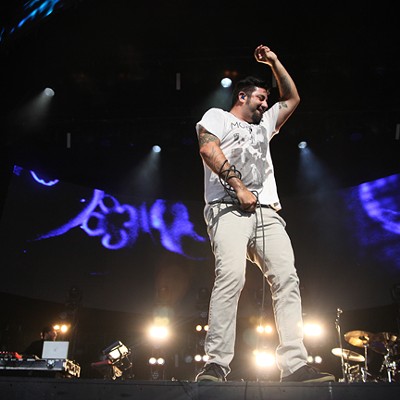 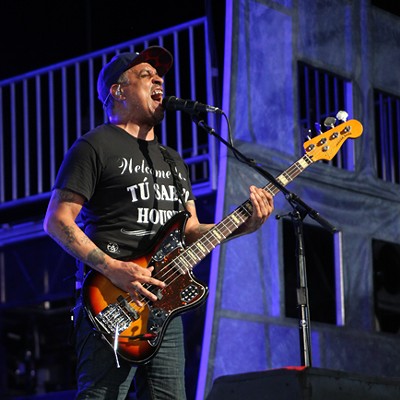 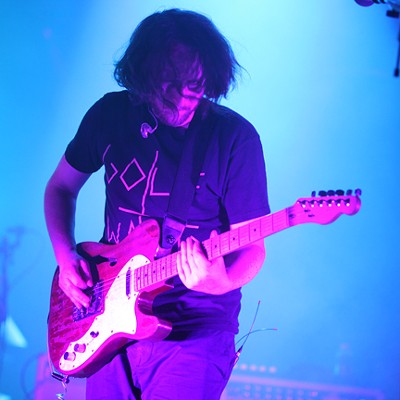 Christina Perri quite literally bounced onto the stage Friday night at the Fillmore. “I apologize for that dance I just did,” Perri said, after throwing her arms up and doing a mini jig on stage, “but I’m just so excited!”

In person, Perri's personality is probably the last thing you’d expect. if you’ve ever heard her breakout heartbreak ballad “Jar of Hearts,” the single that shot her into the mainstream music scene after being played on So You Think You Can Dance, then the ray of sunshine that she is would surprise you. She’s like a walking contradiction.

Even as she launched into her 90-minute set full of songs about heartbreak and loneliness she never dropped her mega-watt smile; opening with the jaunty “Shot Me in the Heart,” Perri grabbed a tambourine and danced around the stage, setting an unexpected tone for anyone expecting to see her mournful work personified.

Last night, the planets aligned for Kamasi Washington. At least, that’s the way it seemed to the wildly appreciative Chop Shop audience and the six man – and one woman – strong collective of rocking soul-jazz musicians assembled onstage.

Chop Shop’s street-art styled wall painting of the word “Epic” – which harkens to the title of Washington’s sprawling three disc masterwork, The Epic – must have been a sign that a seriously in-synch and free flowing gig was in store for performers and audience.

And that was just the opening number, “Change of the Guard.”

Nicki Minaj is one of those rarities who can walk in a room and stop everything. That presence magnified on stage? Frankly, it’s enough to kick an arena full of Minaj devotees into any action she so chose with a flick of her hair. When she rose onstage at the PNC Music Pavilion, all eyes were on her — and all she had to do was stand there, immobile and scanning her eyes across the room.

Actually, that’s powerful for anyone regardless of race, sex or creed, and for any musician to be able to bring that kind of blinding presence to an almost two-hour show is impressive.

Discovered in 2007 through her MySpace page by Dirty Money Entertainment CEO Fendi, Minaj has come a long way and has basically built herself an empire; the queen-like stage presence and attitude more than fits (she’s a woman who has fought and earned that status, and it’s refreshing). She spent a while making appearances on mixtapes for artists like Lil Wayne (who would eventually sign her to his Young Money label) and T.I. until her debut album, Pink Friday, was released in 2010 and garnered her a series of Grammy nominations. Not bad for one of the few music in the rap game; not bad for anyone.

The Pinkprint Tour, making the rounds after her third album release of Pinkprint earlier this year, is a testament to those years of hard work and spitting rhymes for years of mixtapes. Minaj has earned herself major commercial success and the scale of the show she’s put together is a reflection of how she earned it and how powerful she has become.

She began the show as though in mourning, dripping black lace with a veil over her eyes, starting solo with “All Things Go,” “I Lied” and “The Crying Game,” her dramatic flair telling the story of heartbreak. And then she reemerged, the powerful recovery from that heartbreak, throwing down with her dancers and absolutely destroying hits like “Feeling Myself,” “Truffle Butter” and, of course, “Anaconda,” the song that sparked a thousand memes.