Punk pop band Hunter Valentine scorched The Milestone last Wednesday night as part of their Farewell for Now Tour. They are ready to take on new side projects involving music – and even food. They were last in Charlotte when they toured with Cyndi Lauper in 2014, and the city holds a special place for them.

“Everybody likes to really just party and have a good time [in Charlotte],” drummer Laura Petracca said, who wants to works as a chef and potentially open a restaurant. “Dancing is a big thing and nobody just stands and around and watches you. They get into it. I feel like in New York that happens, but it takes sometimes a warm up period.”

You may remember the original members of the Brooklyn-based band on season three of The Real L Word. “They wanted to focus on female musicians,” Petracca said of the show. “Of course they focus a little bit on your personal life and relationships and that’s also very hard.”

In this episode of Untitled, I catch up with lead singer Kiyomi McCloskey, along with Petracca, bassist Leanne Bowes and guitarist Lisa Bianco about their tour and post-Hunter Valentine plans.

I met with the duo Bless These Sounds Under the City, a self-proclaimed “electric folk soulful pop band,” while the Panthers played the Green Bay Packers this past November. The television blared in the living room of their ranch home in Charlotte.

“Can you keep track of the game?” asked percussionist and vocalist Derrick Hines, walking into his home studio for our filming session. Associate producer of Untitled Joanne Spataro nodded and went into the living room to watch the game for him.

Meanwhile, singer/multi-instrumentalist Albert Strawn prepared for his performance and talked about future touring plans. “Even people at the top, they talk about their stories about how they slept in alleyways and lived on busses,” he says. While the musicians are hungry to be full-time independent artists, yet they are split on whether that means temporarily living inside of a van while they tour the U.S. for long periods of time.

“As much as I love being on the road, [and] I freaking love the road, I can’t go out for nothing,” says Derrick ,who has a teenage son that often lives with the duo.

The differences between the two musicians extend beyond their desired living situations. Strawn’s falsetto vocals are haunting when paired with the eerie sounds of a glockenspiel played with a bow. Hines’ vocalscould be compared to R&B artists such as Brian McKnight or D’Angelo . Together the two create an ephemeral, listening experience that breaks your heart and stitches it back together all in one listen.

From the opening notes of "Runaway with Me," Carly Rae Jepsen transformed the Fillmore into one, big, nonstop dance party on Feb. 13, 2016. Fans of all ages couldn't stop moving to the 30-year-old singer's upbeat pop songs.

Jepsen performed a mixture of songs old and new, but included every song on her latest album, last year's critically praised Emotion. Jepsen didn't set out to make it a night of showcasing her vocal talents, while showing range in a variety of songs — instead keeping things light and fun and warming up a frigid night.

The evening started with a set by the acoustic trio Fairground Saints who offered an array of harmonies and upbeat pop-folk songs of their own. 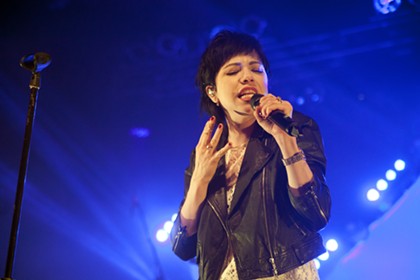 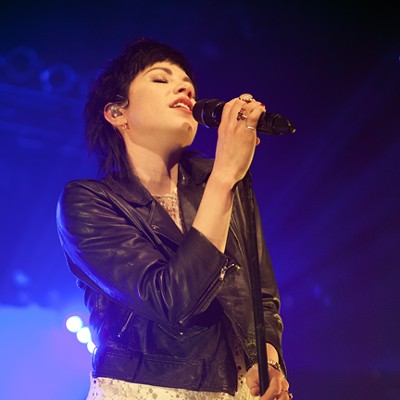 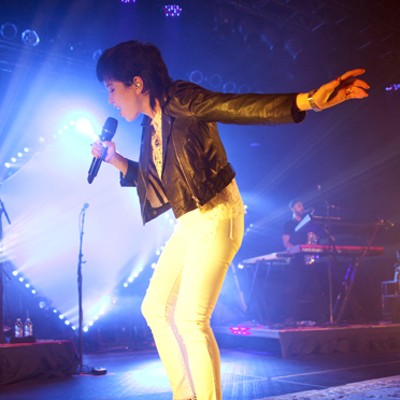 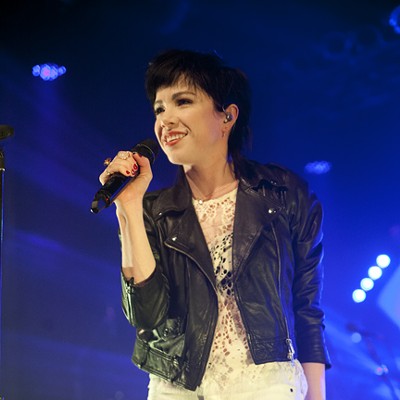 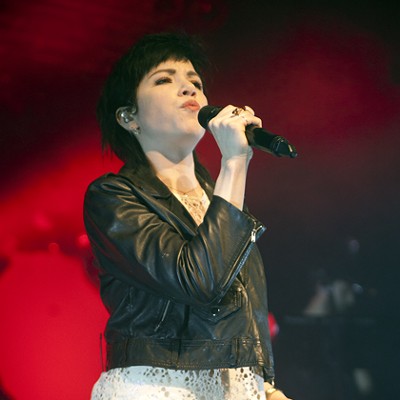 In this week’s episode of [Untitled] w/ Lara Americo, the Stolen Hearts give us an unconventional interpretation of the blues. In their song “Witches Brew,” Robert Johnson accompanies vocalist/guitarist Pam Taylor with a variety of percussive instruments, including a foot tambourine, shaker, and noise maker that mimics the sound of thunder.

A quartet of metal bands shook the walls of The Fillmore on Sunday night as Cradle of Filth rolled into town with Butcher Babies, Ne Obliviscaris and Charlotte's own Black Ritual.

Each act's set was fast and furious, setting up for the tour-kickoff for Cradle of Filth. 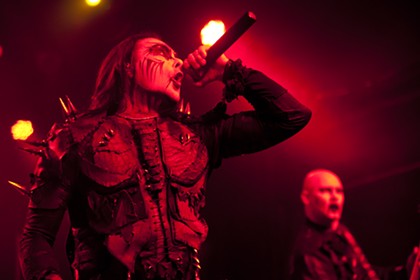 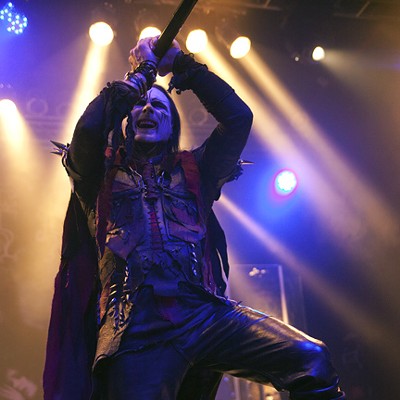 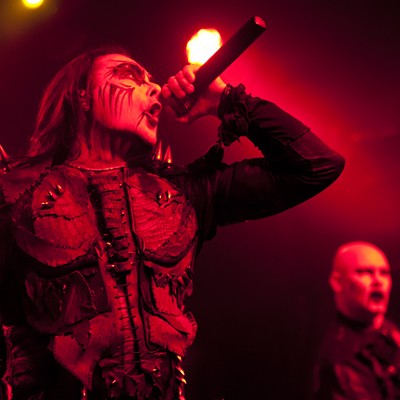 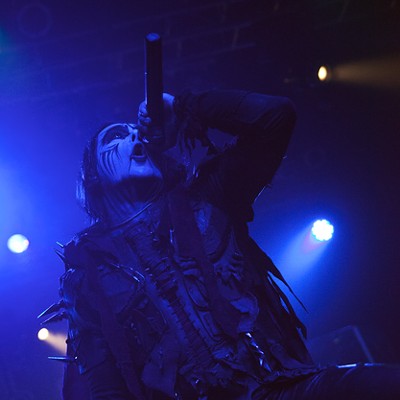 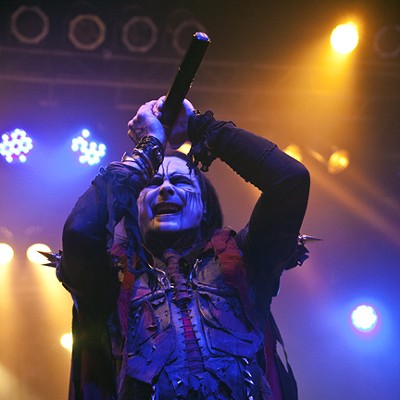 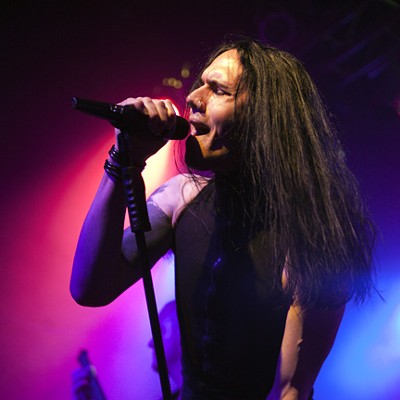 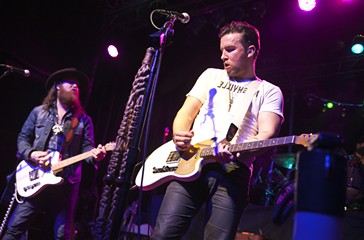 It was supposed to be Jon Pardi's gig, but for me, it was Brothers Osborne who stole the show as the opening act. Walking out through a fog of incense smoke, T.J. and John Oborne cranked things up and got the crowd's attention in short order.

“A lot of things had to fall apart for Stolen Hearts to come together,” says Pam Taylor. The blues duo consisting of multi-instrumentalist Robert Johnson and guitarist/vocalist Pam Taylor are also a couple offstage. While musical acts like The Cult and the Plastic Ono Band come to mind, the couple sets themselves apart with their self-proclaimed “Dirty Southern Soul” style of blues.


During the interview, we found ourselves negotiating with the bar’s maintenance team so we could use the kerosene heater in the back patio. After talking with the maintenance leader, we became mesmerized by Pam Taylor’s stories about southern food and dirt roads.