Charlotte rapper Indigo Jo has released his brand new EP IN, which includes "CLT," his bounce-worthy shout-out to the west side of Charlotte. Contributor Emiene Wright mentioned the song in her April 4 Creative Loading profile, "Indigo Jo's Truth is Subject to Revision." Check out "CLT" here, then listen to the rest of the EP. It's a keeper. 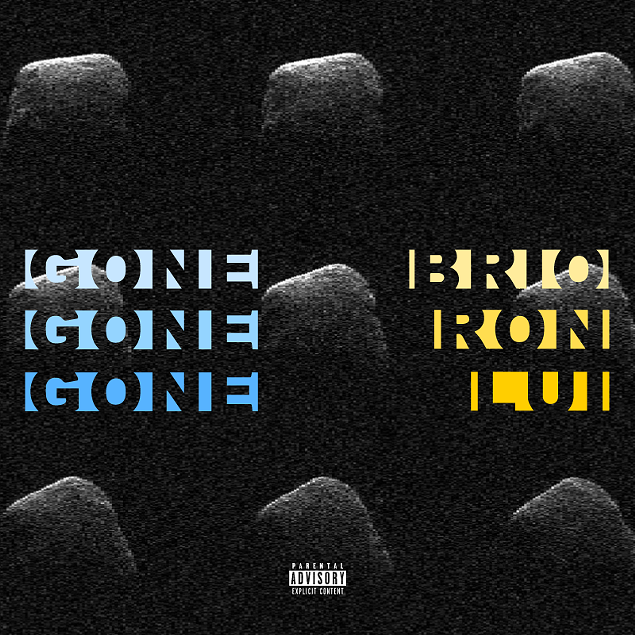 Charlotte rapper and producer Brio has moved one step closer to releasing BLEU, a project that's been three years in the making. Creative Loafing wrote about Brio's patient process with BLEU back in July, and now the release of "Gone" marks the rollout of that project. Well, sort of. "Gone" will be featured on LITEBLEU, a prequel EP of sorts to BLEU.

Gone.mp3
Update Required To play the media you will need to either update your browser to a recent version or update your Flash plugin.

The song is Brio's reintroduction to the game, although he's been around — performing in Charlotte and Atlanta and releasing a video in July. In "Gone," he speaks  with a whispered voice over an eerie piano beat about where he's been and his readiness to release his new material. Brio brought along fellow Charlotte rapper Ron Lui for "Gone," and he keeps the mellowed effect going while contrasting Brio's whisper with a deeper, auto-tuned delivery.

The addition of the same exclamatory samples you grew up hearing behind Rob Bass in "It Takes Two" makes for an interesting contrast in the beat, produced by Brio, since those noises have been viscerally attached to a dance beat in America's collective musical conscious. It does add to the song in a subtle, head-nodding way, however.

Brio plans to follow up on the release of "Gone" with a video for his previously released single, "Sapphire." He says he hopes to release BLEU this winter. Check out more of his music here.

Charlotte rapper Lute has released a teaser for his anticipated album, West '96 Pt. II: Still Slummin'. The mixtape, a followup to his 2012 album West 1996, is set for release at the end of the month on the 8910 music label which also features former Forever FC members Jimmy Kelso and High I'm Ry along with Twist Berlanga and Rashaun Hampton.

An album signing for the Empire soundtrack featuring Jussie Smollett & Yazz (Jamal & Hakeem Lyon) will be held in Charlotte on March 18 at 6 p.m. Though no information is available on where and how you get in.

This Facebook event post is up with plenty of people showing interest — more than 1,800 people have RSVPd to attend.

Empire is a hit TV show airing on Wednesday nights on Fox. We're guessing that if they announced a location, some of y'all would already be lined up.

A new compilation album has been put together to help benefit Luke Hill, a local musician who was the victim of a hit-and-run on Nov. 4, 2014.

A benefit show was held on Nov. 15, but now a digital download has been put together as the fundraising continues. Artists featured on the album include Hill's band Animals along with Junior Astronomers, Flagship, The Business People, Jeremiah Wilde, Warsong, Soils, One Amazin Kid and Deep Sky.

Hill was struck by a car while walking home from work and suffered a broken arm, fractured ribs and a brain bleed. The last update posted says Hill is out of the hospital and headed to rehab to work on speech and his motor skills.

If you thought Charlotte singer/musician Benji Hughes had been a little quiet since the 2008 release of his critically acclaimed album, A Love Extreme, there's a reason for it. He's been busy working on a whole bunch of new music — three albums, to be exact.

Hughes announced via Facebook this morning that there are three new albums available via his website, benjihughesmusic.com — XXOXOXX, OXOXOXOXOX and Songs In The Key Of Animals.

New Releases Get your groove on with Black Hearts Club

The three met while recording Well$'s album MTSYD: the Revenge of the African Booty Scratcher. Insomnia is scheduled for an early 2015 release.

Charlotte musician Bo White released a solo album entitled, Millennial Tombs, on July 6, 2014, with little warning. White posted a link to his "pay what you want" bandcamp page with the following text:

Here's a new solo album, released today, free to download or pay what you'd like. I was going to press it, but I can't wait and need to move on to other projects. This one's a little smokier than the last. If you're digging it, pass it on.

In the department of spacey alt-country or cosmic American music - or whatever it is we're calling folk-tinged country-rock these days - Kamara Thomas, the former bass player for indie power trio Earl Greyhound, has dropped a video from her upcoming solo album, Earth Hero, that's a real stunner.

The song, "You Wreck Me," has all the languid, atmospheric, space-Americana wooziness you'd expect from acoustic Neil Young, Lucinda Williams or Wrecking Ball-era Emmylou Harris, but Thomas is a terrific singer/songwriter in her own right. While this particular track is more traditionally country than some of the other material on Earth Hero, the entire 7-song album is similarly spare and expansive, intimate and cinematic - and hauntingly nostalgic.

I'll be offering up a full review soon. For now, enjoy "You Wreck Me."

The latest edition of Record Store Day will take place as a special holiday edition on Black Friday, Nov. 23, 2012. Participating Charlotte-area stores include Lunchbox Records in Plaza Midwood and The Birdsnest in Davidson.

While Record Store Day usually happens in the spring, the event's organizers decided independent music stores should get in on the holiday excitement.