Bass Church 20 rolled into the Fillmore Charlotte on Jan. 27, 2012, for a night of EDM by DJs Mindelixir, Chrissy Murderbot, Dex and Sir Charles. A sea of people danced their cares away as neon glows radiated through the darkness. Local dance troupe The Chaotic Cupcakes offered a mime theme in their costuming as they entertained from the stage.

Here are some of the sights of the night: 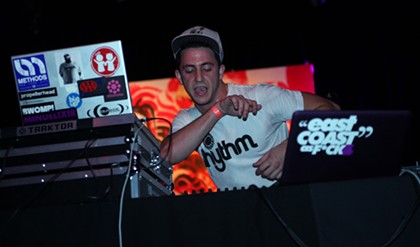 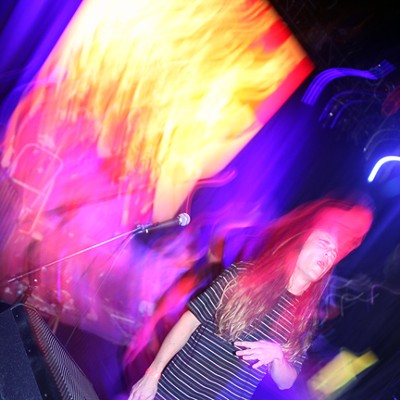 If you love a great DJ set — or just want the opportunity to flash your mug on TV — head out to RE:Public on Monday night, for a live TV recording of BET Centric's Master of the Mix.

Master of the Mix is a reality show DJ competition for the music heads, as it searches for the hottest DJ in the nation. As you can see from the flyer, there will be some big named hosts in the building: music producer Just Blaze, hip-hop artist Kid Capri, model Amber Rose (probably last seen making out with her man Wiz Khalifa ... somewhere) and DJ Vikter Duplaix.

Just a heads up, if you got the e-mail on Friday about the event, you know it was originally set to happen at Club 935. Since then, the venue has changed, so make sure you bring your best to the right spot.

To attend, visit www.guestcode.com and enter the RSVP code 741.

Last month I started a series called “Heard” to record some of the best, most random, and usually
alcohol inspired, comments overheard at bars, clubs and parties.

Here are the most noteworthy statements overheard during the month of July.

Chilly Willy (to himself): “I’m gonna get my whole face tattooed. For free. I won’t have to pay anything, and that’s a God’s blessing.”

Woman at Snug Harbor (to a man who picked up a condom that fell from her purse and tried handing it
back to her): “Oh, no, I don’t want it now, it’s been compromised.”

Partygoer: “Penises are like little elephant trunks that just want to poke everything. They just poke
everything.”

Sunday boasts probably the sexiest concert of the summer: Sade featuring John Legend at Time Warner Cable Arena. (Ticket information available here.) Once the music's done, if you're not quite ready to end the evening, an after-party awaits you at Phoenix that you'll definitely not want to miss.

The best part? It's hosted by Mr. Smooth himself, John Legend. (Insert a silent squeal of excitement here.) Brought to you by Grey Goose La Poire and The Sol Kitchen, tickets are available in advance for $10, or you can purchase at the door.

Now, if only I can figure out how to persuade John Legend to serenade me with the song "Green Light." Hmm ...

Last time the little lady was here, she was celebrating the opening of a salon and showcasing her designs at Charlotte NC Fashion Week. This time, she'll be straight-up partying at 5th Element. 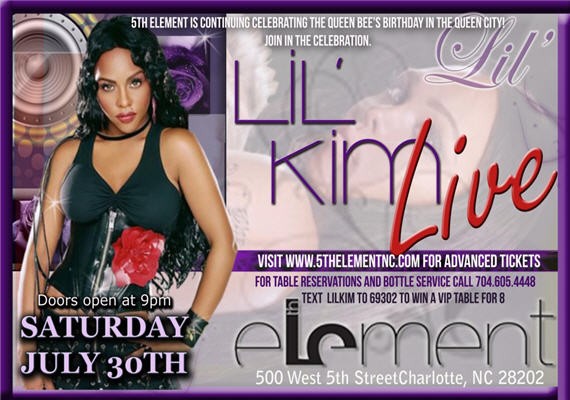 Tickets start at $10 and can be purchased here.

QC After Dark / News Getting Fat with the boys

For Fat Tuesday last week, I felt like being a fat ass... So, I went to Fat Boys in Mooresville and really put the fat in Fat Tuesday.

Some of my boys up at the lake told me about this buffet, with a bar... A Buffet-Bar?!?? Really? I thought that combination sounded more like drinking beer before liquor (never sicker) than going together like peas and carrots. Out of curiosity, and some slight disbelief, I requested they take me — and there is in fact a buffet inside a bar up in Mooresville. Dinner and drinks, anyone?

QC After Dark / News More from the CIAA

It took me 45 minutes to go a mere few blocks from the gym to my house because of CIAA traffic. Hence the reason I jumped on the opportunity to attend the NFL Celebrity Bash at Extravaganza Depot. Celebs aside, I was excited about the fact I could divert the traffic headed into Uptown, park my car a few feet from the entrance, and mosey my ass right on into the party with no clusterfuck.

dance floor nonetheless. Extravaganza is an ideal location to throw a party

between the ballroom sized dance floor, 10 bartenders to every bar, easy access

parking, and a train car for a smoker's lounge..... and then end it with ...and that I do not like (regarding the traffic congestion) 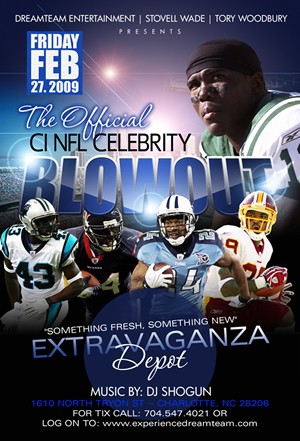 With no hassle or hustle, I just pulled up and parked at the official ESCU, NC A&T and NCCU Alumni Party hosted by Chris Hope of the Titans, Santana Moss of the Redskins, Vontae Leach of the Texans, Brandon Newton of the Raiders, William Hayes of the Titans, Giradie Mercer of the Eagles, Troy Pelshack of the Rams and Chris Harris of the Panthers... I feel like I just listed the roster at the Pro Bowl or something.

The festive CIAA fans have the party stamina of Michael Phelps (I mean in regards to swimming) because they party until 4 a.m. and then they get right up and do it again, with day parties starting before lunch. I mean, can we go all out like this for the ACC tournament?

For a lunch break of a bash there’s the Fish Fry at Tempo and Digital Divas at Blue….

I couldn’t believe how many people were at the bar at Blue at 2 p.m. on a rainy Friday afternoon. DJ Daddy D was playing some of my old school faves that I used to dance to in high school.

I think the bartenders went into the freezer in the back to get high or something, because we stood there at the basically unattended bar for a good 10 minutes to sample the “Digital Diva” specialty cocktail (Alize Rose & Ginger Ale). When the 'tenders finally came back to the bar we had to repeat the elementary order four times to one bartender before he just handed it off to another. But the Digital Diva Alize was a tasty lick nonetheless.

I pulled up to the Bojangles' Coliseum for the T.I. and Young Jeezy concert as the symphony concert at the neighboring Ovens Auditorium was letting out. On the way in, we passed families in black-tie attire and a little child prodigy pianist in a bow tie... and we were going to see T.I.

There were cops everywhere surrounding the arena and auditorium... I bet they were there to make sure the crowd coming out of the symphony didn’t act up, right?

T.I. is on his farewell tour because he is going to Yale — I mean, jail... But if you think about it, jail is kinda like the Ivy league of street smarts, so T.I. is going to Yale in a sense, sorta.

T.I. had a DJ instead of a band; I thought I was at a heavy metal concert at one point. T.I.’s head banging would’ve put Axl Rose to shame.

He said he was in Charlotte a while back and, when he was, he got “locked up in Mecklenburg County.”

T.I. packed the BoRound, or Bojangles Coliseum rather... or maybe it looks like a giant chicken biscuit for some reason, with 4,000 people, and about 500 of them were on the stage. I’d say they were the hype men, but they just kinda stood there. I thought I might catch a contact high in the dome with the smoky air. Just to remind you, it is illegal to smoke marijuana in general... let alone in public.

QC After Dark / News CIAA — It's time to party!

CIAA technically stands for Center Intercollegiate Athletic Association, but it can also mean Charlotte Is having A lot of After Parties! And I do mean A LOT of parties...

This year's multitude of CIAA parties popped off at Pop Life at Apostrophe Lounge ... and The Bee Man Candles Co. 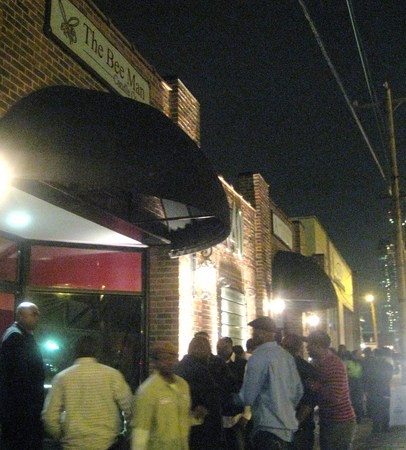 Apparently, in these hard economic times people aren’t buying enough candles to keep the Bee Man in the honey money, and so now Apostrophe Lounge has expanded (just for CIAA) ... and just in time. Because even with Apostrophe doubled in size, there was a line out the door(s). It was like two totally detached lounges with two separate entrances, yet the same venue divided by a mere apostrophe... or wall rather (which, sadly, could not be knocked down).

And there's a lot more going on there and all around town.