In March 2016, Creative Loafing reported on the North Carolina 6, a story of six N.C. teenagers who had been snatched up by Immigrations and Customs Enforcement (ICE) officers after having missed immigration hearings or been denied the asylum they sought in the United States.

These six young men were a tiny fraction of the hundreds of thousands of families and young immigrants who came across the southwestern border of the United States in 2014, fleeing unspeakable violence in their hometowns in Central America.

Julia Preston, a former immigration reporter for the New York Times, has been tracking the outcome of these pleas for asylum over the past three years, and she's seen an extremely low number of cases granted by immigration judges.

Last week, Preston released a feature story with nonprofit journalism platform The Marshall Project in conjunction with The Washington Post highlighting what she found. Her reporting brought her to Charlotte, one of the most difficut places for asylum seekers, whose lives often hang in the balance as they face deportation back into danger.

CL spoke with Preston following the story's publication to discuss what Charlotte-area asylum seekers are facing and how the legal system is letting them down.

Creative Loafing: In short, what did you find during your reporting for this piece?

Julia Preston: I found that across the country, but particularly in Charlotte, the asylum cases of families who came across the border since 2014 and asked for protection from the United States and have pursued their claims in immigration court, those cases are massively failing, to the degree that the cases are ending with judges issuing deportation orders for the immigrants in absentia.

In the family cases, 70 percent of those cases so far are ending in deportation orders issued in absentia; that is to say a judge is issuing the order to an empty courtroom because the person did not show up in court.

The numbers of families who won their asylum claims, I cite a figure of about 1,100 in my story, it's probably more than that by this time, but not by much. So it's a tiny percentage, it's in the 10 to 11 percent range of all these cases where people are winning their cases, which is a sign of crisis, because we know what the conditions are in the countries they're coming from.

Honduras and El Salvador for the last few years have been in a rivalry to be the murder capital of the world, so the likelihood that such a big proportion of their claims are frivolous or unjustified just doesn't seem likely. What's significant is that we're talking about a deportation; this is a very severe outcome. If you lose your case, you're going to be sent back to a country that you ran away from and you went through this whole process to plead that very likely your daughter would be raped, your son would be recruited by a vicious gang, your relative would be shot, these are the claims that people have asserted. If they lose, it's really bad.

What brought you to Charlotte while doing this reporting?

I came to Charlotte because Charlotte is in the bottom five of the courts granting asylum in the country. There's one court that stands out as the worst place in the country to try to win an asylum case, which is Atlanta, but Charlotte is not far behind Atlanta on the scale of courts that are very difficult in terms of winning an asylum claim. Some people do win, and a lot of these families from the surge have come to the Carolinas. They've ended up in Raleigh, Durham and South Carolina, because particularly in the case of the kids, their families are there. Also, for the adults, they have to find a relative or someone to sponsor them to be let go at the border. So a lot of families have ended up in this area and it's turned out to be a particularly unfriendly place for these families to try to make these asylum claims.

Many of these people aren't showing up to court because they don't know the process, and they don't have a lawyer. Why is access to legal representation so low?

If you look at the percentages of success in the immigration court in Charlotte and you're a lawyer and you're about to tell a client, an indigent immigrant, a woman who's fled from El Salvador, "Look, it's going to cost you $5,000 to have me work on this case, and your chances of success, depending on the judge you get, are less than one in five," it's a dilemma for these lawyers. They don't want to lose the case and they don't want to misrepresent the odds to their client.

What has happened is there is some new pro bono representation in the area and there are lawyers who are willing to take on these cases, because they understand how critical the need is, so there are a number of lawyers in the Charlotte area who are starting to go into that court and fight, so that's a positive development. 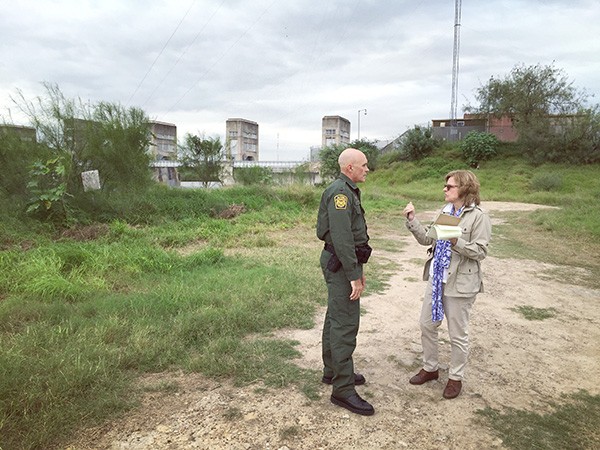 You focus on two Charlotte immigration judges in your article, Stuart Couch and Barry Pettinato, who both have startlingly low numbers when it comes to granting asylum. Why is that?

In terms of the judges, it's not for me to say that they are wrong. They have a view of the law and they are quite certain that they are right about their interpretation of the law. The issue is that the law has been interpreted differently in lots of other places in the country. There are judges in courts around the country who have an 80 percent grant rate, and I'm not saying they're right either, I'm just giving you an idea of the range of different views in immigration courts.

If a good lawyer can take the case through the Charlotte court and they lose but they can go to appeal, then the issues can be aired and perhaps the court will become more flexible in terms of their treatment of people from Central America.

Also, the Charlotte court just in the last few weeks has added a fourth judge. That just happened, so that may change things. But it may not, because the particular judge who came to Charlotte came from Arlington, and he has an even lower grant rate than the two judges that are so tough here. I don't know enough about this judge's record in Arlington, but based on statistics he's had a very low grant rate.

How do these judges read the law so much differently from others around the country?

They have a particular reading of the statute and the case law that leads them to believe that asylum law as its written just does not apply to people who are fleeing criminal violence. They believe that's just not appropriate, it's not what asylum law is for.

The traditional categories in asylum law are what you would think of for refugees: religious persecution, nationality, race and political beliefs. But there is a fifth corner of that statute that, in many courts around the country, people have been able to make claims and win them. But in this court, those two judges just don't think that's appropriate.

How has the transition of power to the Trump administration changed things in these cases?

So all of these families are in that category, and they have now the equivalent of an arrest warrant — an order of removal, a deportation order from the court — and there's nothing stopping ICE from going out and picking them up. And, in fact, last week, ICE did just that. ICE arrested 650 people around the country last week in an operation that they described as being a sequel to what they did in January 2016 [when the North Carolina 6 were apprehended]. They arrested 650 people who were mostly families and unaccompanied minors whose cases failed in immigration court.

I'm reminded of Wildin Acosta [of the North Carolina 6], because that was a case where he had missed a hearing and he had gotten one of these orders. It's very easy to miss a hearing, and if you do, you lose your case and you have an arrest warrant out. And that's what's happening to so many of these families. When I was in Charlotte, I spoke with the mayor, and she said that what she feels is that the immigrant community is in fear. The mayor is articulating the idea that the Trump administration has been so aggressive in its rhetoric and in its enforcement already that there's a high degree of fear in the community, and she, the mayor, was trying to reassure the community that the Charlotte police department was not going to become part of an immigration force.

If the mayor is telling you that there's fear in the community, you can probably realize that this is true. That adds to the reluctance of people to go to court, because they think the court is stacked against them, when in fact based on the record of the court, you could argue that that's pretty much true. And they think ICE is going to be on their trail the minute they leave the courtroom, so they prefer to take their chances and just not go to court.

What do you hope comes out of a report like your recent piece with The Marshall Project?

The federal government is not going to pay for lawyers and in fact, the House of Representatives is considering legislation that would cut back or eliminate the few funds that exist for pro bono lawyers for immigrants in immigration court. But this is creating a situation in Charlotte where you have a growing number of people in Charlotte who are out of immigration status, who have made asylum claims, and now those claims are failing, so it's a whole new generation of undocumented people and it doesn't have to be that way. They've started a process in court and if they had some help they would carry through with it. So, maybe folks in Charlotte and the Charlotte law community can think about addressing this issue.