Varsity Kinks | QC After Dark
Switch to the mobile version of this page. 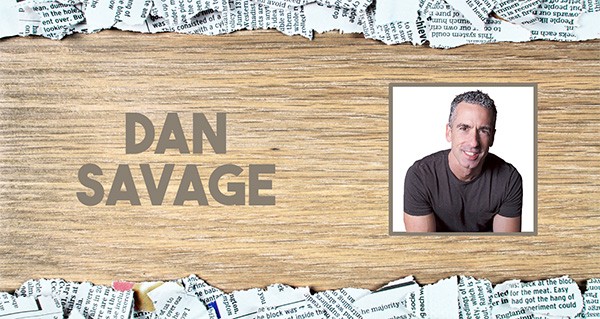 My questions for you: (1) I don't get cuckolding. I've read all about it, but nothing about it resonates with me. My SO really wants me to be into his fetish if I am going to act on it, but what if I'm just into being GGG? Can't that be enough? (2) How should I go about finding appropriate candidates who would be into sharing this experience with us? I'm not really sure that I'd want someone with experience as a bull, because I don't feel good about this playing out the way I've seen it in porn. (3) We enjoy cross-dressing and chastity play. How do I find someone who will be cool about my SO sitting in the room in a cock lock and lingerie? (4) I kind of have a "type" (don't we all), and I'm not certain my type plays into this kink.

I prefer someone who is very dominant in public but submissive to me in the bedroom. This doesn't seem to align with your typical bull behavior. However, I do not enjoy being dominated. Do you think this matters?

I'm a 54-year-old gay guy living in New York City. I'm into bondage, and I have a profile on Recon with plenty of pictures showing what I'm into. A guy visiting from San Francisco cruised me. He asked me to send a face pic, and I did. He invited me to his hotel. He didn't have any gear with him, so I stopped at a hardware store and picked up $40 worth of rope and duct tape on my way to meet him. But after 30 seconds of small talk, he said he just wasn't feeling it. I said OK, that happens, and I left. I'm totally confused. I'm a decent-looking guy, and the photo I sent is recent. I was freshly showered, so no hygiene or BO issues. Obviously, you can't force yourself to be into someone, but could he have handled it better? Should he have followed up with a message apologizing? Should I reach out and ask him what happened, or is that just pathetic?

-Bondage Offer Not Delivered After Getting Evicted

Typically when this happens — photos exchanged, hookup arranged, mind changed — it's because the photos were out of date or were not representative. Since we aren't always the best judge of our own photos, BONDAGE, you should ask a friend who won't bullshit you to look at your photos and give it to you straight.

If your no-bullshit friend clears your photos, then reach out to Mr. San Francisco. He had to make a snap decision when you arrived with that bag of rope and duct tape: Did he feel comfortable letting this stranger render him helpless? In a vanilla hookup, he could give it a little time and back out after some foreplay — it's a lot harder to back out when the foreplay involves rope and duct tape. So send him a message via Recon. Open by telling him you aren't buttsore or angry, and he had every right to change his mind, even at the last minute — which means he has nothing to apologize for, so you aren't owed an apology and you shouldn't message him if you're seeking one.

Then ask if you said or did something that made him feel unsafe. If you did, BONDAGE, accept his feedback graciously — don't argue with him or attempt to litigate what went down. Just listen. It may not have been your intention to freak him out by making, say, a few serial-killer jokes, but his impression is what matters, not your intention. And who knows? A sincere effort to get a little constructive feedback may leave him feeling better about you and up for playing the next time he's in town.

My wife has a fantasy where she's blindfolded and restrained on our bed. She hears the front door open, followed by footsteps coming up the stairs, and then she's ravished by ... who? She won't know, presumably, until it's over. My question: In fulfilling this fantasy for her, where anonymity and surprise are part of the appeal, what do I tell her in advance? Do I discuss the entire scenario with her, so she knows exactly what's going to happen, minus the identity of the very special guest star (who would be a semi-regular we've played with before, but she wouldn't necessarily know that at first)? That seems to eliminate the surprise element of the fantasy. Is it enough to tell her, without mentioning the specific scenario, that I'd like to make one of her fantasies come true, and ask her to trust me?

Presumably? There's no room for "presumablies" when you're arranging to fulfill a varsity-level fantasy. I'm guessing she'd rather not know who's ravishing her before or during the big event, ETIQUETTE, and she may not want to know after. But you need to ask her what she wants — no presumptions — before you start making arrangements.

She might want to know everything in advance — including the identity of that stranger — or she might want you to decide everything. But you need to check in with her first.

« Kickin' it at the Kickoff  |  Hunkering Down for a Hurricane With… »