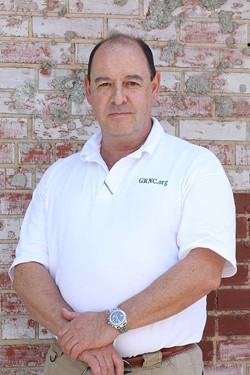 F. Paul Valone, president of the gun rights and education organization Grass Roots North Carolina, doesn't hold back when it comes to expressing his First Amendment rights or, according to him, protecting the Second Amendment.

Grass Roots North Carolina, joined by The Second Amendment Foundation, a national nonprofit organization that says it defends the right to bear arms, is suing the state in federal court over statutes forbidding the carrying of firearms and ammunition during declared states of emergency.

On the heels of his group's legal action, Creative Loafing recently talked with Valone about gun rights, violence and more.

Creative Loafing: How long has Grass Roots North Carolina been around and what makes this group different from the NRA?

F. Paul Valone: Formed in 1994, Grass Roots North Carolina is exactly what the name implies: An all-volunteer organization dedicated to preserving our Constitution and Bill of Rights. GRNC differs from the NRA in two ways: First, unlike organizations that become bloated and bureaucratic, GRNC does not compromise on principle. Second, by virtue of mass distribution of information, we reach many more gun-owning voters than the NRA.

In Charlotte, where gun violence has been on the rise, what do you say to activists and people who are asking that stricter gun laws be passed?

You're asking the wrong question. What matters is not how many are exposed to gun violence, but how many are exposed to violence overall. Dead is dead, whether the crime is perpetrated using a gun or, by virtue of substitution, some other weapon ... To the limited number of liberal activists who agitate for gun control, I say exactly what researchers have repeatedly proven: By rational measures, gun control doesn't work. Not only did a 2004 study by The National Academies of Science fail to find any relationship between gun laws and violent crime, the United Kingdom's 14-year experiment with a near-total gun ban has resulted in an explosion of violent crime of every type ... including gun crime.

What do you think of gun buybacks in the community?

While generally benign, gun buybacks rest on the misguided notion that drug dealers, criminals and murderers will magically decide to turn in the guns they use to create mayhem. At best, such programs waste money buying marginally functional, ancient firearms otherwise unlikely to find their way out of attics. At worst, they induce the elderly to turn in firearms they may need for self-protection.