Checking in after Charlotte unrest, and not on Facebook

Am I really OK? 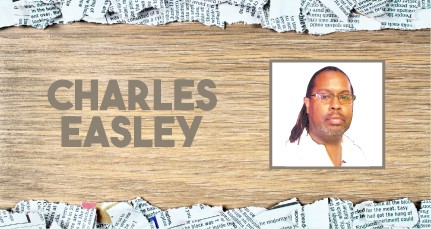 Last Wednesday night and through Thursday, I kept getting prompts on Facebook from folks to see if I was OK because apparently I was in a designated problem area. For a couple days following the shooting of Keith Lamont Scott, my city joined a list of others that had been deemed worthy of a Facebook check-in due to horrible earthquakes and terror attacks.

Folks wanted to know if I was OK, but truthfully I was not — and I was not alone. I saw many folks hurting and grieving over the most recent set of black men to be killed, and the resulting unrest sparked a new hash-tag: "Pray for Charlotte."

I got a message from a former student, a conscious young brother named Develon who wanted to check up on me after all that he had seen on the news. It was a simple but powerful gesture of support, much needed between two black men weary from negotiating a culture where it seemed to be open season on black lives.

I reached out for support online and asked for discernment in preparation for this column. Many folks responded but there was one voice, Ms. Martha, a seasoned, sassy white ex co-worker that captured a sincere spirit of healing with the simple statement, "I'm praying for you Charles." She was not "Praying for Charlotte," but praying specifically for someone she knew, like most of us do, who is in immediate need of prayer and is especially struggling with the challenges in seeking social justice.

For some, these recent events came as a shock to residents who claim that such chaos could only happen in other places — certainly not here in the shadow of banking towers, under Carolina blue skies.

Many are sharing #PrayForCharlotte because they wonder, how could such hate and violence come to their fair city? Therein lies the rub, because depending on who you talk to, the anger, hate and discontent have always been here in Charlotte. I grew up southern, so I am aware of our mutant ability to smile, swap sugar and "bless your heart" into a false sense of normalcy and content. Each syrupy exchange, however, can be laced with a cold, biting dose of unspoken truths.

Although I have reservations when it comes to the sincerity of some religious institutions, I did grow up in a Baptist church so I do have some context when one asks for prayer. This is why I felt the call to action from some to #PrayForCharlotte to be disingenuous, or at least broad in scope.

You see, these are the same folks who drug Kaepernick through the mud for exercising his constitutional right to a peaceful protest when he began taking a knee during the national anthem. Yet they are absolutely mute when black men are killed, their deaths streamed on loop in the media. The problem lies in that folks are more upset about how folks are protesting than why they are protesting.

Growing up in a black Baptist church, when sister Jones was struggling with the cancer (in black churches it is "the cancer"), she asked for prayer, which set off a chain reaction. An old deacon would get off the pew, get down on bended knee, start with a "Father God we come," take out his handkerchief and began to pray in earnest to and for the person that needed healing. He didn't ask to pray for Mercy Hospital or the folks at the American Cancer Society. No, he started with the one that was in immediate need of prayer: sister Jones.

Some folks won't or can't see the people who are hurting. I'm not saying there are not folks in Ballantyne, Dilworth or Myers Park that need prayer, but right now we have some brown folks on the corridors of Beatties Ford Road, Central Avenue and Freedom Drive that need help now.

Why? Because we have not historically addressed racial profiling and the brutalization of black bodies and spirits by authority figures in this city. These actions now yield the united voices of disenfranchised folks and their allies who represent the sister Joneses of our community, standing in the immediate need of prayer.

If you really want to #PrayforCharlotte, you have to get uncomfortable, and I don't mean getting down on one knee. Get out of your circle, check in with a brown neighbor or colleague, reach out to those hurting the most — the victims of historical and systemic violence — and pray sincerely.