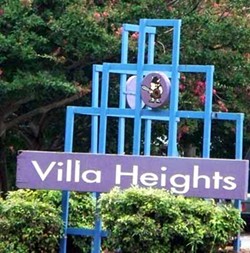 The letter was a shock to Villa Heights Elementary School parent Amesia Huntley.

It called for all parents to get involved to keep Charlotte-Mecklenburg Schools administrators from closing Villa Heights.

She'd had to enter the CMS lottery to get her son, a first-grader, assigned to the school she wanted her son to attend. Huntly wanted her son to attend Villa Heights so badly that she didn't even argue when, because Villa Heights isn't his home school, he was denied bus service at the start of the year. "After doing my research, this school was one of my top picks," she said. "At the beginning of first grade, he's on a high reading level, he's doing math on the level of kids on the first and second grade. Villa Heights should stay open. Why fix something that's not broken?"

This worries parents and school board member George Dunlap, who says partial magnet programs have not performed as well as full magnet programs such as Villa Heights. In 2007, the school met all 13 Adequate Yearly Progress goals under the federal No Child Left Behind law, and 93 percent of the students passed state End-of-Grade Tests.

Throngs of parents have shown up at the north Charlotte school to voice opinions and circulate petitions to keep its doors open.

Krista Barry, who moved into the neighborhood so that her child could get into the school, said, "The fear is, if our school merges with another school, that many of our gifted students will get lost in large impersonal schools and may become tragically alienated."

Claudette Green said she would home school her first-grader daughter before she moved her to Lincoln Heights Elementary School. "This school is considered the best," Green said. "This has the best to offer my child for her to succeed."

On Sept. 15, Dunlap held a meeting to tell parents in District Three, where Villa Heights is located, what was going on and what they could do. Villa Heights isn't the only magnet school in his district facing potential changes, he said. There's also discussion about turning the magnet program at Winding Springs Elementary School into a neighborhood school.

He said he's not sure where the proposal came from. "Some people feel as if they can eliminate transportation costs and put money back in taxpayers pockets [by eliminating magnet schools]," Dunlap said.

Moving the magnet programs into other schools wouldn't be a benefit to Villa Heights, Dunlap said. "The programs wouldn't be intermingled. Not every student would qualify for the program."

That worries parents like Bill Burkholder, who has twin sons at Villa Heights. "Right now they think learning is cool and I want them to stay that way," he said.

Though Principal James Aiken says he has to remain neutral, he has been lobbying for the school. "There are several proposals about magnet schools that could mean radical changes for our school," he said. "We're very concerned about what those changes might be. At this point we're just waiting to see what the board is going to do."

On Thursday, he gave school board member Trent Merchant a tour of the school. Merchant was quoted earlier this month in The Charlotte Observer saying that the magnet schools are "refugee magnets." He did not respond to a message seeking comment.

Dunlap said that parents should pay attention any time they hear about meetings concerning student assignments because changes could affect how their school is operated, even if their school isn't on the list of schools to be discussed.

"There's a bigger picture here," Dunlap said. "Most of the students at magnet schools are African-American. There has been an effort for years to move magnet schools. Who would be adversely affected by the move to end magnet schools?"