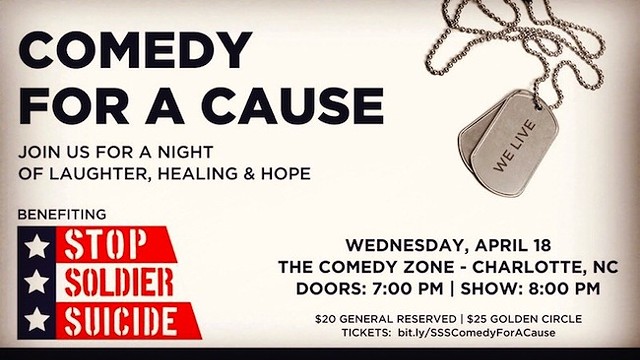 Comedy For a Cause CL Recommends

The number 22 is the hook here. That’s the number of locations this tour, which showcases comedians who are veterans or still on active duty, is hoping to book across the country to raise awareness and funds for soldier suicide prevention. It’s also the number of soldiers that commit suicide daily. This inaugural gig, will feature Charlotte’s Crystalle Ramey (US Marine Corps, below), as well as comics from Atlanta, Greensboro and Denver, Colorado.