Dalton and McCrory duke it out over education 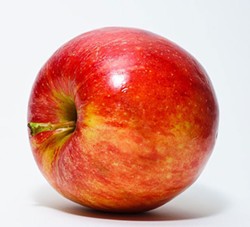 Lt. Gov. Walter Dalton closed out the North Carolina Association of Educator's Summer Leaders Conference this week as the surprise guest speaker. The appearance symbolized the dividing issue of this year's gubernatorial election as his opponent, Pat McCrory, spoke to a charter schools conference hosted by the N.C. Alliance for Public Charter Schools the day before.

The state teacher's union has traditionally supported Democratic candidates, and into that setting Dalton stepped to drum up support and toss out some rhetorical red meat.

With his wiry frame, combed back grey hair and customary stylish black suit, he felt at home at a podium in front of teachers.

"I love teachers, even married a teacher," Dalton said. "My mom and dad met while they were teaching public school, so I would not be here without the profession."

He used the opportunity to announce the formation of Educators for Dalton to be chaired by Sheri Strickland, a former president of the teacher's union.

"If we don't work to elect Walter Dalton, Pat McCrory will push an agenda to erode nearly $1 billion from our schools through vouchers and privatization, and he'll rubber stamp the Republican legislature's continued cuts to our classrooms," Strickland said in an email that went out to campaign supporters while Dalton was speaking.

The lieutenant governor criticized the Republicans in the legislature for cutting teacher positions, teacher aides and other education jobs during the recession. It was clear that this issue has become his comfort zone.

McCrory still clings to a comfortable lead in the polls, but a media blitz questioning his ethics has bumped up his negative ratings. Last week McCrory sat down with Creative Loafing for a lengthy interview in the Bank of America building Uptown, and after the teacher's union event Dalton had his chance to respond.

McCrory's preference for taxing consumption rather than productivity would be "a greater burden on the middle-class to benefit those with wealth," Dalton said.

"It will kill small business if you take away the personal income tax because property and sales taxes will go up dramatically."

And McCrory's desire to require a photo identification in order to vote was "a solution looking for a problem, and there is no problem," Dalton said.

"I think we need to expand early voting to accommodate people who are working during the day and need to vote at night."

"McCrory would narrow the scope of community colleges making them strictly vocational education schools," Dalton said. "And he has said explicitly that he would do away with GED and adult high school diploma. He may not understand North Carolina, but a lot of people have to work for a living and go to school at the same time."

And to him the stakes are particularly high during this recession.

"I think we've been seen as a progressive southern state and a leader nationally and internationally," Dalton said. "But when you see cuts to education we are going to go backwards, and this is the first time I have ever seen tuition go up but financial aid go down."

Dalton was a moderate rural state senator who landed in the lieutenant governor's office because repetitive commercials drilled his easy-to-pronounce-name into the heads of voters. When Gov. Beverly Perdue opted not to run again, Dalton was thrust into this race without the war-chest or savvy usually required. Now he is perhaps the only hope of preventing arch-conservatives from taking complete control in Raleigh.

As Dalton exited the Embassy Suites conference room Wednesday to a standing ovation he stopped near the door and went back into the crowd to shake everyone's hand as Journey's "Don't Stop Believing" played over the PA system.

Dalton wasn't supposed to run for governor this year, but now folks are starting to believe he can win.