Let me count the ways

CL's newest columnist, Elexus Jionde, is a Charlotte native and founder of Intelexual Media. She recently published her first book, The A to Z Guide to Black Oppression. She'll be teaching more localized lessons of oppression with her new column, but first, she had to get some things off her chest after moving back to her home state. 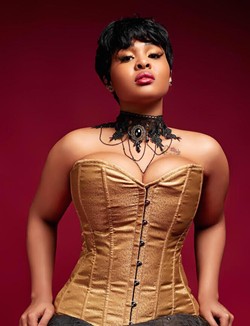 As I write this, I'm still reeling from the smug smirk of my soulless exam overseer, who refused to banter with me or give me his name. I've been away for the past five years, and my absence numbed me to how awful this state and its people can be.

Call me bitter. Call me a virgin [strike-through] lady who can't drive. But the rage I felt from failing solely because I made a u-turn instead of a left turn has rotted into pure hatred for the entire fucking state.

How much do I hate North Carolina? Let me count the ways.

1) In North Carolina, it is legal to rape a woman if she withdraws her consent during sexual activity.

In this God forsaken red state, a man can ignore a woman's cries for him to stop if she initially consented to sexual contact. I'm pretty sure there's a southern hospitality joke to be made here.

2) Did you know North Carolina has the second largest rural population in the country? This impacts gerrymandering policies, education standards and tolerance for people perceived as "other."

Less hospitals in rural areas means higher health insurance. Additionally, people living in rural areas are more likely to be stuck in food deserts — low-income areas where at least 33 percent of the population doesn't have access to affordable and healthy food — which is why we're the 22nd most obese state in the country.

3) Republican lawmakers have actively attempted to curb black and Latino voter turnout, by doing research on which ID both groups were less likely to have and making it the required card for registering to vote.

4) Thanks to gerrymandering and polite racists "concerned" for the well-being of their children, Charlotte-Mecklenburg Schools are more segregated than ever before. The 2017 student assignment plan ensures that the city's poorest (and brownest) go to the schools with the least resources and opportunities.

In a "post-racial" city that's prided itself on being the centerpiece of integration since Swann vs. Board of Education, the sad reality of re-segregated schools is especially repugnant.

5) While I'm on the topic of schools, North Carolina consistently ranks in the bottom half of all 50 states in terms of education. This is really saying something because America ranks 17th in the world for education, well below other advanced countries like Japan, the United Kingdom and South Korea.

Poor education clearly has consequences in the Tar Heel state. After all...

6) Donald Trump won 49 percent of the vote in North Carolina. Maybe with a more rigorous curriculum and better-funded schools, North Carolinians would be able to see through con artist politicians. Maybe.

7) These state run liquor stores are a scam. I have lived in Ohio, New York and California — places where liquor is easily available.

Once, I was thrilled to buy Hennessy and coconut oil at a CVS in Los Angeles. North Carolina having the audacity to disallow citizens from profiting from their own vices just seems evil. Also, no liquor sales on Sunday?! God damn the Bible Belt.

8) Speaking of liquor, happy hour drink sales are illegal in North Carolina. This is a slap in the face to all college students and professionals residing here. We're clearly living under a fascist state government, people.

Ugh. I was born here. My family lives here. Like my emotions for Cersei from Game of Thrones, I am reluctantly in a love-hate relationship with an entity that is deeply disturbed and sadistic.

A part of me wants to move away and never return, while another part of me knows that I'll always come back.

With so much bad, it's kind of hard to see the good things North Carolina has to offer, like Cookout's 4.99 dinner trays. Hopefully I'll be less pessimistic when I finally obtain my license.

See you on the streets.