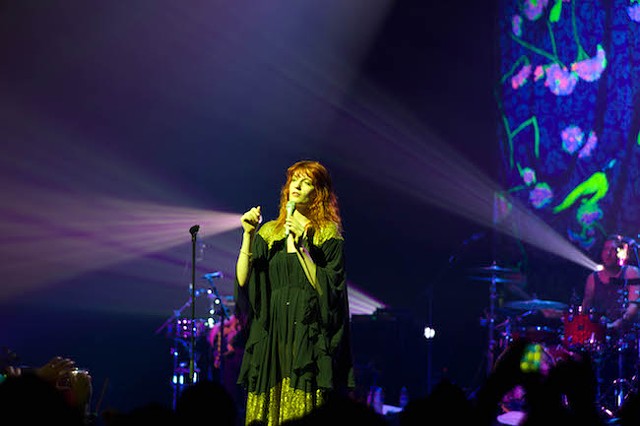 Florence Welch of Florence + the Machine. (Photo by Kevin Utting)

When: Wed., Oct. 3, 7 p.m. 2018
Price: $59.50+
OK, we know, the last thing you want to hear about is someone named Florence coming from across the Atlantic, but hear us out. British indie rock band Florence + the Machine has been wowing critics and crowds alike behind the force of frontwoman Florence Welch’s feathery-but-piercing voice. Welch is no one-trick pony, though. Her new album, High as Hope, features her drumming on four tracks. Look at the name Florence through a different Spectrum.