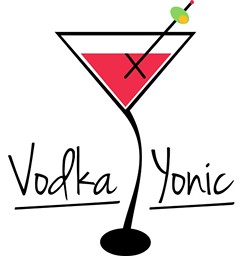 There were several incidents that led to my reluctant decision to go on a group date.

But the straw that broke this single girl's back was a conversation with a newish married friend, who after learning I was unattached, asked what kind of men I'd be interested in. When I told her my type — tall, dark, brilliant and kind of weird, in case you know anyone who fits the bill — she remarked that she had the perfect guy for me.

Then she said his name, and it was someone I'd already dated almost 10 years ago.

It's no secret that the dating scene can turn someone incestuous, especially if you've been single for a while. Forget Kevin Bacon; if you singletons live in a city for more than a couple of years, you're one degree of separation away from everyone. But when you've done a full lap in your own dating pool, well, it might be time to start making out outside of the box.

In the past, I had resisted setups from well-meaning friends, because I believed that chemistry happens organically. I thought online dating was as organic as a Happy Meal, and I wanted no part of it. How could a robot that lives inside of a computer — yes, that's how it works — do a better job at picking my partner than I could? (Especially if this is the same robot that eats my emails and crashes my computer.) No way. This Luddite was going to find a guy the old-fashioned way: in a bar.

Well, we know how that goes, so when my co-worker Leah told me about something called Grouper Social Club, I was curious. Grouper Social Club — named one of Time Inc.'s 10 NYC Startups to Watch for 2013 — is an application that utilizes the content on your Facebook page to generate a match. The two people who are matched invite two friends each, and this sextet (ahem) of singles meets, sight unseen, in a local bar that Grouper selects, reserving a spot for the party.

While I clearly know nothing about online dating, this kind of makes sense. If people are entirely honest on their Facebook profiles — hey, anything is possible — then perhaps they could get a solid match. Also, having your friends on hand should theoretically put everyone at ease, and perhaps set the stage for a more natural, if not entirely organic, conversation. That is, as long as you all don't go after the same guy.

So, operating under the bulletproof theory of what's the worst that could happen, I decided it was time to pop my online dating cherry and registered through the Grouper site. Since Leah had been on two Grouper dates, she automatically became one of my wingwomen, and my co-worker Heather served as the other. Here we were, three ladies in our early 30s, ready to meet some fresh meat.

We walked into our Grouper-selected bar on a Thursday night and found our three guys sitting at a big table. After brief introductions — in which each individual carefully scanned the other — we sat down, ordered drinks and started the small talk. My first question to my "match" was, "Why do you think they matched us?"

My match — let's call him Matt — worked for an educational nonprofit, was in his mid-20s, and he didn't really have an answer for that. Two minutes into the conversation, I didn't really have an answer for that either, as we both realized that we had absolutely nothing in common. I'd mention a book or a band I loved, and he looked at me blankly. He'd mention something about sports, and I looked at him blankly. I started to suspect that the Grouper robot was playing tricks on us.

Our wingpeople weren't doing much better. One of his friends, a 23-year-old grad student, still had his Bonnaroo wristband on, which at least gave us something to talk about, but ... he still had his Bonnaroo wristband on. Like, weeks after Bonnaroo. I think the other guy had a sailboat or maybe went sailing once, or — as Leah later recalled — "did something with water." The small talk never graduated into bigger talk for any of us, and any initial concerns over the three of us liking the same guy disappeared. We hadn't considered the possibility that we wouldn't like any of them.

And the feeling, or rather, the non-feeling, was mutual. When a band started playing loudly midway through our second round of drinks, I think everyone was relieved. When a couple of my friends wandered in the bar and crashed our date, it gave everyone an out, thus ending the most boring six-way date ever.

When it comes to matters of the heart, I may not always have the best judgment, but I'll rely upon my own instincts over whatever online dating analytics might reveal. Because despite my many missteps, I'd like to think I know a little more about chemistry than a robot.