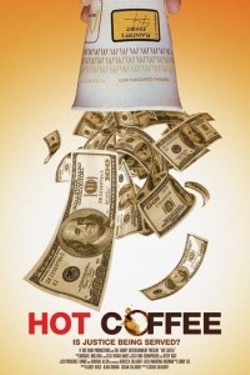 When: Sat., Sept. 13, 3-5 p.m. 2014
Phone: 704-525-4110
Email: vbrowan@bellsouth.net
Price: Free
Come see the real story of Stella Liebeck, the Albuquerque woman who spilled coffee on herself and sued McDonald’s, while exploring how and why the case garnered so much media attention, who funded the effort and to what end. After seeing this film, you will decide who really profited from spilling hot coffee and about a well-funded movement to tilt the judicial system against the less wealthy. Discussion to follow. Sponsored by Action NC, ACLU Charlotte, Charlotte Area Move to Amend, Charlotte American Constitution Society, Equality NC and others.