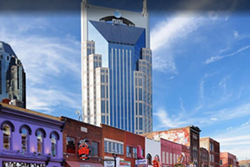 When: Mondays, Wednesdays, Fridays, Saturdays, 9-10 a.m. Continues through Oct. 31 2020
Phone: 6154478107
Email: support@unitedstreettours.com
Price: $29.50
www.unitedstreettours.com
We’re going to show you Nashville like you’ve never seen it before. Join in on a ​Nashville walking tour  and hear fascinating stories about where slaves lived, who they were, and the work that they did. As  Nashville grew, the city became the second-largest slave port in Tennessee with the majority of black  people arriving via the transatlantic slave trade. Direct Booking Only at www.unitedstreettours.com