Well, unfortunately for some, getting verified on Twitter is more difficult than it was for Bill Gates’ to join Augusta National. We all know the story about how Augusta National refused the richest man in the world membership for years. The difference? Gates eventually received an invitation.

Conservatives today face a mountain regarding verification on Twitter. James O’Keefe has over 667,000 followers, Dylan Wheeler, the founder of Educating Liberals has 420,000 followers and Sidney Powell has over 130,000 Twitter followers, yet good ol’ liberal CEO, Jack Dorsey, refuses to verify these accounts.

According to Twitter, “an account may be verified if it is determined to be an account of public interest.” Ah, so there it is. Twitter, the far-left social media godfather of #FakeNews subjectively determines what accounts are of “public interest.”

activists who expressed support for then-Presidential Candidate Donald Trump during the 2016 election, and even temporarily suspended Candace Owen’s account “in error” on August 5, 2018.

“Shadow banning”, or in other words, doing shady things to suppress viewpoints Twitter doesn’t like without it becoming readily apparent to its users is a thing of the past. No, not because Twitter has stopped blocking conservative views (actually, they’re doing it in 2019 more than ever), but because there is no “shadow” when Twitter suppresses conservative content right. in. your. face.

A June 2018 study conducted by the Pew Research Center found that an astounding “72% of the public thinks it likely that social media platforms actively censor political views that those companies find objectionable.” To put this into perspective, in June 2018, just 42.2% of Americans approved of President Trump. Yes, you read that right–Twitter’s suppressive tactics are so blatant almost thirty percent of people who disapproved of President Trump believed Twitter suppressed conservative views.

- A motion for protective order (i.e., seal the case so no one can see the shady things Twitter does)

- A motion to suspend discovery (i.e., delay providing documents to Nunes showing the shady things Twitter does), and

- An opposition to Nunes’ motion to compel (i.e., Nunes said give me the documents I asked for because I’m entitled to them as a matter of law and Twitter said no).

Fortunately, we still have wonderful jurists on the bench who don’t let their political views affect their rulings (not going to mention any Circuits out there on the west coast or anything). As of October 2, 2019, the Court has DENIED Twitter’s Motion to Dismiss and Congressman Nunes’ case will be moving forward into the discovery phase.

Next week, I’ll be writing about the substance of Congressman Nunes’ lawsuit, what discovery is, what documents or information may be sought by Congressman Nunes, and the rights to access those documents. Will Twitter continue the fight? Of course. Will Twitter win? Eh, too soon to tell. But, Twitter only has one more shot to dismiss the case before trial–summary judgment.

Michael Yoder is an attorney based in Washington, D.C. and practices in the areas of complex civil litigation, government corruption, and civil rights.

The information provided on this website does not, and is not intended to, constitute legal advice; instead, all information, content, and materials available on this site are for general informational purposes only. 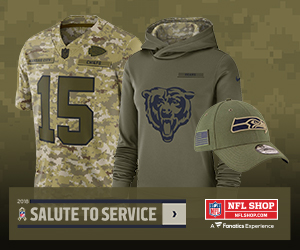 More For the People »

Latest in For the People