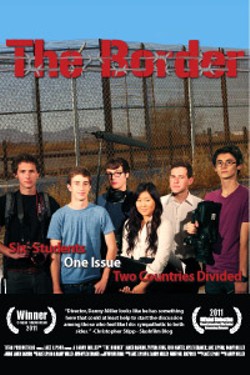 Laws such as the controversial SB1070 have made Phoenix, Arizona the epicenter of the national immigration debate. The Border, is a look at the illegal immigration issue from the eyes of six teens living in the Valley of the Sun. Students interview various key players in the debate including America's Toughest Sheriff, Joe Arpaio, and others in the search of answers to this question. The film offers a unique unbiased point-of-view from the eyes of teenagers in an unbiased analysis of the issue.

The Border is not showing in any theaters in the area.