The Importance of Being Financially Independent in Today’s Economy - Mr. Hanso Legend Denis 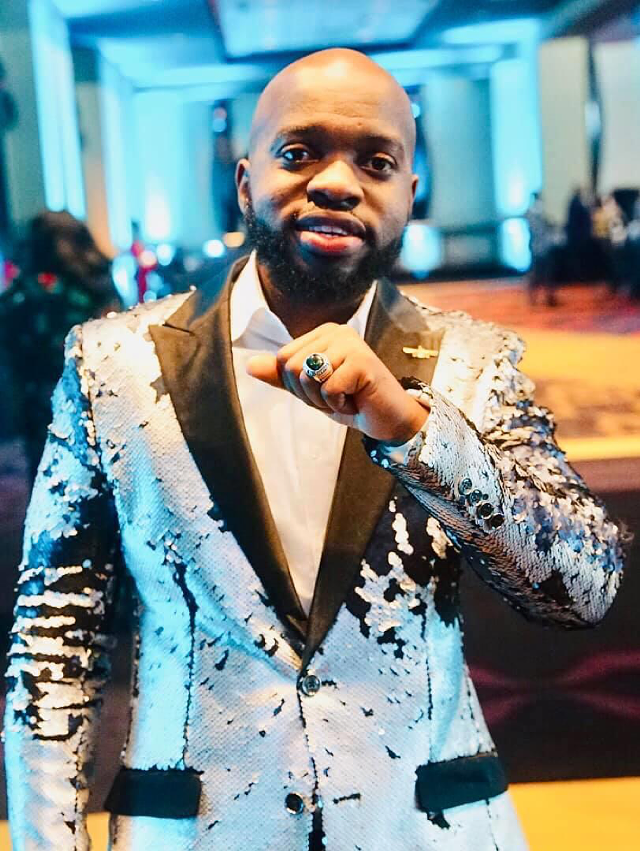 Hanso Legend, the young acute Haitian-American Businessman began his venture into the world as a public speaker, mentor, and wealth coach. As a Haitian-American businessman, world-renowned public speaker, mentor, and wealth coach, Mr. Legend is a multilingual marketing strategist who has substantial experience and diverse professionalism in business development and leadership.

"When I reached the age of seven, my father and I migrated to the United States of America. I favored this part of my childhood experience. It was my first time getting on an airplane, this experience of traveling with my Visa to another country made me feel so excited to be living in another country. "I came from humble beginnings to being able to travel to the U.S. Imagine 5 people living in a one-bedroom apartment?" he stated.

However, throughout his journey, he faced many challenges that led him to believe that he had what it takes to become a business owner—living from paycheck to paycheck with low to no money in the bank account, working a nine to five job with no direction for the future. Mr. Legend was fighting to get out of the rat race and desperate for a breakthrough. He decided that he has to stop looking for a job that only pays him a salary but rather to start his own company.

Years later, his persistence and ambition finally paid off.

Today, the self-proclaimed 7-figure income earner businessman and mentor is ready for the future. Not having one seat vacant in the stadium led the young entrepreneur on a passage to continue to share his resonating message of hard work, perseverance, and how he got to financial freedom.At 33 years old, Coach Legend, CEO of Legend Credit Repair has built a successful credit repair empire that entirely focuses on helping thousands of people in America to reach a higher credit score. The purpose was to help as many people as possible to better their credit scores while giving then substantial information to achieve their best version of the American Dream.

"As a millennial, it is important for me to share my knowledge that I have learned over the years to help others to achieve similar success outside of a 9-5 job," he stressed.

Coach Legend began his journey in humble beginnings. He grew up on welfare was raised in a single-family household. He used the struggle as his motivation. His drive to find his purpose, his why? To live comfortably and pursue a financially stable life, he wanted to achieve more to help others around him. This ambitious businessman decided to venture into being a wealth coach to share his message of how he was able to help others in also becoming financially free. He grew into becoming one of the most influential leaders in his space and amongst the most sought after wealth coaches in the Network Marketing Industry.

"One of my biggest insecurities was my thick HAITIAN accent. I knew I was a smart guy,  I remember talking at times and people making fun of my accent, and it would set fear tingles through my body" he recalled.

Determined to make a better life for himself and his family, he began his entrepreneurial ventures in Multi-Level Marketing at the young age of 19. Shortly after, he was able to grow a team of young entrepreneurs in his business to six-figure income earners that set him as one of the top sales professionals in his company.

Today, his social media presence and brand have grown to over 100,000 followers on social media.


Coach Legend began providing services in a range of financial services including, but not limited to, credit restoration, credit monitoring, wills and trusts, credit litigation, and financial planning. He has extended his services to proudly help thousands of people that want to see a change in their lives, building a network of like-minded individuals. With a team set in place, he was able to achieve more while helping others achieve their goals as well.

In addition to that, Coach Legend has found tremendous success working as a seven-figure success coach, teaching people through workshops and seminars on how to make the most out of their current financial situations so that they can build and grow their wealth. He has trained hundreds of thousands of people on building a successful network marketing business and has helped many people improve and strengthen their personal and leadership skills with his specialized mentorship training programs.

A self-taught entrepreneur, he oversees some of the best minds in the Network Marketing Industry, Coach Legend is passionate about fostering creativity and innovation among his more than 100k followers on Instagram. Countless people have stepped away from their 9-5 jobs while creating six-plus figures, all thanks to Coach Legend's authoritative advice. His goal? To help at least 20 people earn over 1 million dollars by 2022.

When speaking with Coach Legend, it becomes evident that his talent is to bring out the best in people, to encourage them to stop living paycheck to paycheck, and allow them to reach their full potential. Coach Legend's success is due to incredible persistence, charisma, and sincere desire to help people succeed. His laser-like focus, years of diligent work, and ongoing self-development, along with total dedication, have resulted in an evidenced strong leadership that delivered massive and excellent benefits to all ethnic groups, especially in his Haitian community.


"My mentors were instrumental in creating a seven-plus figure business, and I would advise anyone who is looking to become an entrepreneur, create multiple streams of income or start a business to create a tight group of mentors you can rely on," he emphasized.


There's no question that Coach Legend is a force that leaves an impression on almost anyone that crosses his path. His charismatic & powerful presence will leave anyone intrigued to learn from him. These qualities combined make him a great leader in the community, jobs, and when in his home. Whether you find him on Instagram engaging with some of his hundreds of thousands of followers or doing a speaking engagement in front of thousands, his mission is always the same: To help people break through the barriers that he once faced too, and most importantly, come out winning at the end.