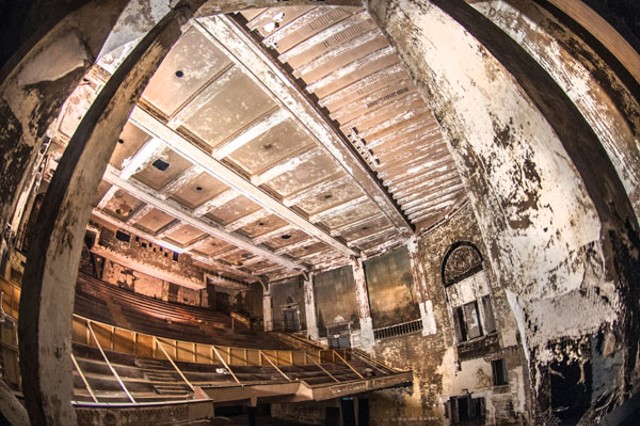 Justin Driscoll
Driscoll says he’s only been posting his photos from urban exploring since August, and since then has gotten a lot of feedback — including a tip to check out the decaying Carolina Theatre in Uptown. In 1978, the Carolina Theatre closed after operating for more than 50 years, serving as a movie theater — it was the first in the Carolinas to show Gone with the Wind — in addition to featuring vaudeville acts, musical performances and other forms of live entertainment. Recently, the Foundation of The Carolinas, Charlotte Center Partners and others have renewed efforts to rebuild the theater. The Foundation has proposed turning Carolina Theatre into a civic meeting hall, and relegating entertainment to the weekend.
View Slideshow