Lumière is bringing adoration for French food back to Charlotte's lost Francophile culinary scene. Along with petite plates and Parisian music, you'll find sophisticated sips inside. While wine is key for a restaurant serving French cuisine, Lumière's cocktail program doesn't disappoint, either. But unlike other spirit-forward haunts in town, you won't find a curated cocktail list floating the bar. "I'm just not a fan of giving someone a hundred pieces of paper," says co-owner Matthew Pera. "We have a dinner menu and we have a wine list and a dessert and cheese list. That's enough pieces of paper, I think. You go to these places and they have five menus on the table. That just seems to be too much and too complicated." To simplify, Lumière brings cocktails tableside via an antique 1960s bar cart, outfitted with all the necessities. Right now, those include the ingredients and tools to make Sauternes Punch, a classic drink adapted from the famous Savoy Cocktail Book. Libations will change regularly, just like the food. Pera says the cart is switching gears soon, with fresh classics like the French 75 and Death in the Afternoon, a champagne cocktail created by Hemingway, on the way.

5Church and Baku were just named in the top 100 places to eat in the U.S. by Open Table, a popular online resource for restaurant reviews and reservations. This isn't an arbitrary list by some snooty critic, either; the ranks were compiled by more than 5 million reviews by diners in all 50 states and D.C.

Of all these reviews, restaurants in only 21 states made the cut - two of these were right here in Charlotte. Check out the 2014 Diners' Choice Award Winners for the Top 100 Hot Spot Restaurants in America to see your local restaurants honored alongside the fairest of them all in California, New York, and more.

It's a proud day to be part of the Charlotte foodie scene. 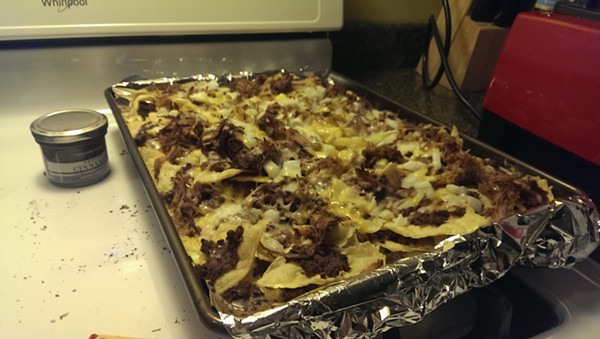 If you're looking for an excuse to do some day drinking, clear your schedule this Saturday, March 15. That day marks the start of all beer snobs' favorite occasion - Charlotte Craft Beer Week. The kickoff of this most-cultured of holidays will be celebrated in style with the advent of the South End Craft Beer Crawl.

The Crawl will feature six local breweries and beer spots, each offering different signature brews. Free stuff will include South End beer swag, like koozies, pint glasses and bottle openers. But the greatest perk lies in the complimentary trolley rides around South End. You can get to each of the Crawl's participating locations - or any other spot in the neighborhood - without worrying about whether you could pass a breathalyzer.

The most recent passage of the farm bill earlier this year cut supplemental nutrition assistance program (or, SNAP benefits) in half for individuals in need of food assistance. This means that low-income families that were already struggling to make ends meet will have to endure another reduction in funds to purchase food for their families.

Across the country, there are programs to assist with this disparity. Most notably, the Double Value Coupon Program (DVCP) from Wholesome Wave that matches the value of federal nutrition benefits for individuals to purchase fresh produce from participating farm-to-retail venues. The initiative acts as both an incentive for individuals to eat healthy, sustainable foods and as food assistance.

Lynn Caldwell, manager of Atherton Market, along with Friendship Gardens contacted Wholesome Wave (WW) last year to bring the program to North Carolina, but efforts by WW have not come to fruition yet. Since 2013, Wholesome Wave has been working closely with RAFI USA in hopes of implementing a DVCP program in the state.

Enter March Matchness, a fundraising kickoff event inside the Atherton Market to raise money for a matching fund to assist individuals receiving nutrition assistance. The local foods event will begin an Indiegogo campaign that will run through April to create a fund for SNAP recipients. The money raised will go toward doubling the SNAP benefits for individuals who shop at Atherton Market and Queen City Mobile Market.

For five bucks, guests are treated to a smorgasbord of local appetizers provided by 17 area chefs. There will be plenty of Triple C beer on hand, music and more opportunities to donate to the cause. 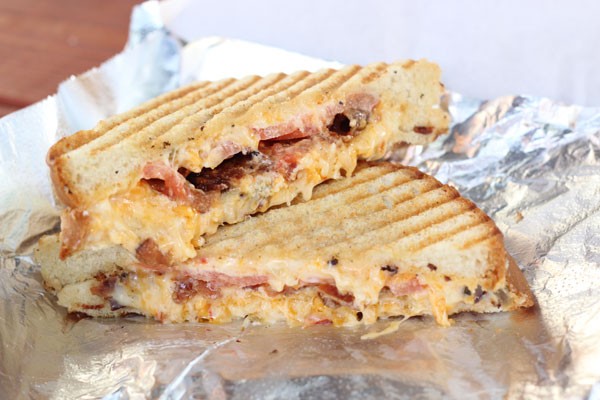