What It Means To Be a Woman in the Nightlife Scene in the Kavanaugh Era | QC After Dark
Switch to the mobile version of this page.

State of the date 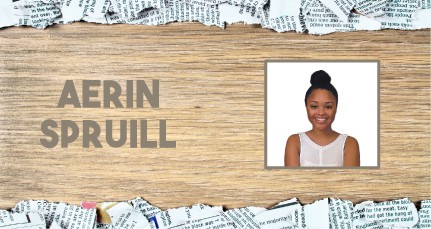 "What are you going to write about this week?"

My boyfriend asks me that question every week. And unless I've been somewhere new, I'll sigh because my answer is usually, "I have no idea." But that's also why I love writing about nightlife. Even if I haven't gone to a new venue, the conversations I have on a nightly basis will always inspire my articles.

So in this week's news, Brett Kavanaugh. I'm not saying I don't care what views you have on #MeToo, but I don't care about your views. If you've ever been in a hairy situation after a couple drinks, you know that an encounter can quickly go left or right for both — or all if you're into that sort of thing — parties really quickly. And I know for a fact that my friends and I have plenty of stories when it comes to why we understand the reality of what it means to admit, "Yeah ... #MeToo." So that's that.

Nevertheless, the conversations we've all witnessed or taken part in over the past year regarding #MeToo are very necessary from a social progression standpoint. That's why a lot of proponents have experienced a bleak couple of days this past week, especially given the outcome of Bill Cosby's case. But I'm the pessimist, feminist, black women who says, "I'm not surprised at all."

Due to the nature of the political and social environments currently, these are the topics of conversation after a few drinks at the bar when there's no gossip to discuss. So you tend to engage in or overhear quite a few conversations about what it means to be a drunk man versus a drunk woman engaging in relations after three or more drinks in.

"I mean ... If I treated every interaction I've had with a woman according to these 'new rules' the #MeToo movement has created I'd be in a lot of trouble ... " (One of the things overheard #interesting.)

So while I was grappling over what to write about after the usual question from my boyfriend, I stumbled across a New York Magazine account dedicated to the cartoons that they include in their "often controversial" articles. And the post was cover art that was a picture of a woman and the title was "A Working Woman's Magazine." Around the woman, were phrases (thought bubbles or insights into what the magazine would contain) like, "So you internalized feedback ... what next?!" and "SEEM MORE APPROACHABLE: move your mouth while you silently read!" also "5 outfits that say dependable and unlikely to get pregnant."

*Insert light bulb moment.* Almost every night I've gone out this week, the topic of Kavanaugh has come up. And in some ways, some version of Kavanaugh has come up every single night I've gone out, ever. From catcalling to #baddecisions, the dynamic of "relations" has always been the topics of conversation as one navigates through the treacherous landscape that is dating.

"It's a tough time for heterosexual, white men right now," one of my guy friends said in jest. And you know if I thought it was anything outside of jest, he would've caught these hands. But his statement was the epitome of all the statements that people like me hear and either decide, "Alright, let's effing go," or they just release the biggest sigh and keep it moving. So for him, "no harm no foul," I chuckled and then sighed.

But the truth is, that is my experience, especially in nightlife, all the time. I'm blacklisted — for lack of a better term — as the "angry black woman," "man hater, "feminist," "staunch leftist" or I'm silent because I just don't want to be stereotyped as any of the above. And honestly, the silence is way more overwhelming because I feel like I'm not doing my part. Talk about #blackfemalequeerguilt. It's stifling. You live in two worlds constantly, either you can educate or you can chop every person who shares an opinion that differs from yours down as "ignorant."

Needless to say, I was reminded very quickly of what it feels like to be in "the sunken place," revisiting conversations about black versus white, Republican versus Democrat and female versus male when Kavanaugh was allowed a "seat at the table."

It's a tough conversation that needs to be had, but that's why I struggled to find a voice even though I had plenty of reasons to discuss what it means to be a woman in nightlife after a "tough week." When in reality, it should've been apparent what my response should've been to my boyfriend, "I'm going to talk about what it feels like to exist as a woman."

« Help Yourself to Some Suds  |  A Second Chance at Childhood »