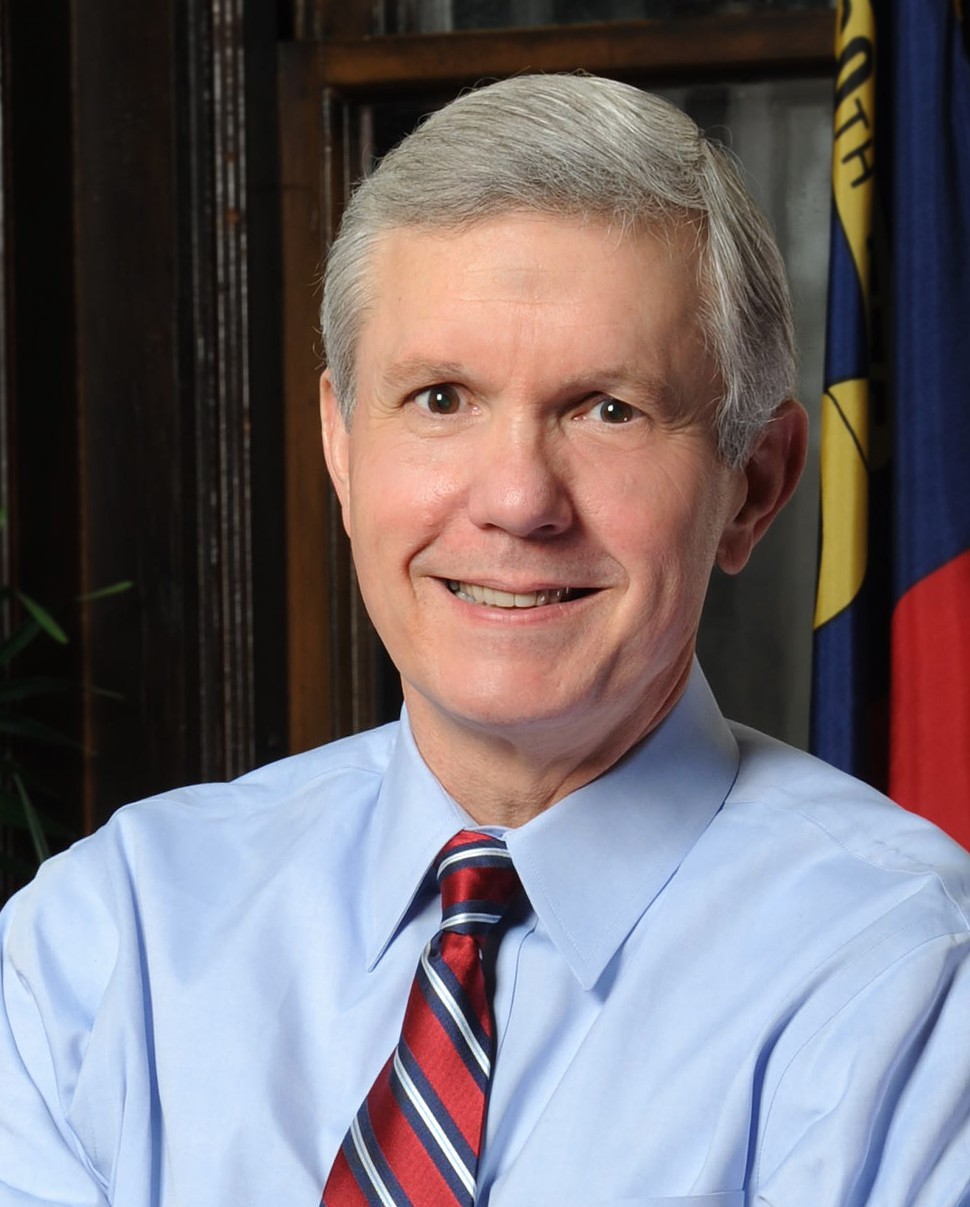 When Lt. Gov. Walter Dalton took to the stage Saturday in front of a fired-up crowd at a North Carolina Democratic Party shindig in Greensboro, it seemed like a return to the old-school days of Terry Sanford and Jim Hunt, when gravelly Southern accents hollered out populist appeals.

“I am proud to belong to a party that stereotypes no one and respects everyone,” Dalton said, as he railed against the Republicans in the state legislature.

The modest, efficient and often acquiescent Democratic Party image of recent years, personified by Gov. Bev Perdue, was not present Saturday afternoon. “It is hard to make progress if you’re pointed in the wrong direction,” Dalton continued. “And Pat McCrory and the Republican leadership have pointed us in the wrong direction.”

What was supposed to be just another mundane winter afternoon of meetings for the N.C. Democratic Party's executive committee — before their annual Sanford-Hunt-Frye dinner later in the eventing — became a noisy and crowed affair at Greensboro's Marriott Hotel, full of anticipation about the governor’s race.

North Carolina Democrats lost the General Assembly in 2010 for the first time since Reconstruction, and they were supposed to be still reeling from last week’s news that Perdue will not run for reelection. Instead, the scene was one of pumped-up party activists seemingly freed now from Perdue’s feeble approval ratings, and eager to take the fight to Republicans. Around 10 a.m., the hotel's upper meeting halls were filled with county chairs, vice chairs and notable local party representatives including Aisha Dew of Mecklenburg County.

Until Thursday, those folks were probably anything but motivated about trying to get out the vote for a primary in May with very few contested races, and none at the top of the ticket. But in the wake of Perdue’s surprising announcement, any complacency has been shattered and replaced by speculation about who will run instead, and by position-jockeying from several potential candidates who want to be the one.

As the festivities got started, Democratic State Rep. Bill Faison announced his candidacy for governor at a press conference in the hotel's lobby. “I've heard the requests to step up and assume a position of leadership in the state...," said Faison, flanked by several members of his family. "I believe that what I should do is to step forward for the people of our state, to go and run for the people for the office of governor of our state.”

Faison has drawn fire from committed Democrats for giving the impression he was pushing Perdue out the door when he predicted last fall that she would not run again. He obviously was right, but also is best known simply as that predictive messenger of bad news, and his speech on Saturday was not received warmly.

At times the activity around the Marriott was slightly chaotic, recalling Will Rogers’ famous line, “I don't belong to any organized party. I'm a Democrat." But in the main hall, state Democratic Party Chair David Parker’s country wit and affable approach kept a sense of levity.

In the halls of the building were sightings of officials such as Congressman David Price, Insurance Commissioner Wayne Goodwin, State Auditor Beth Wood, State Superintendent June Atkinson, as well as several members of the state Court of Appeals. But judging from the volume of stickers and signs with the word “Dalton” on it, there was little doubt who meeting-goers were anxious to see.

Dalton announced his candidacy for governor last week only hours after Perdue revealed her decision not to run, and he immediately became the frontrunner on the Democratic side and likely will remain so unless another big name, like Erskine Bowles or Bob Etheridge, gets into the race. Dalton’s entrance into the hotel lobby drew groups of onlookers and well-wishers asking to have their pictures taken with the man who might be governor.

As anticipation grew for Dalton’s expected speech, word broke outside in the halls about the arrival of former State Sen. Cal Cunningham, who is said to be considering a run for lieutenant governor, and who most of the attendees had not seen since he was deployed to Afghanistan at the end of last summer. The appearance of Cunningham looked like the second coming of Bobby Kennedy, with some elderly female Democrats nearly swooning over his handsome boyish looks, bright smile and disarming charm.

Introduced at the podium by Parker as a potential candidate, Cunningham spoke of the call to leadership his generation faced after a decade of war and recession, and their challenge to help restore the middle class in this country. His speech drew many in the crowd to their feet, and was a solid rehearsal if Cunningham does run to fill Dalton’s office.

As Dalton closed his speech amid roaring applause, it was easy to see the contrast between him and the urbane and humdrum McCrory, who will assuredly be the Republican gubernatorial candidate in November.

Dalton might not have the greatest name recognition or the largest campaign war chest, but he lacks the baggage and weaknesses Perdue would have carried into the race. The Democratic primary for governor will take several twists and turns before the voting in May, with Dalton squaring off against Faison and likely several others. But a Democratic ticket with Dalton and Cunningham at the top would certainly be formidable, and would fire up the base much more than it was a mere week ago.