As Marijuana Hits the Mainstream, Black People Aren't Being Invited to the Party

Who profits from progress? 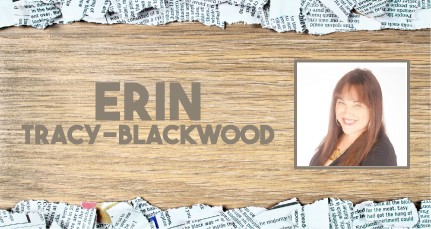 In November of 2012, Colorado and Washington voted to become the first states in America to fully legalize cannabis for personal use. At the same time, Trayvon Martin's use of the substance was headline news, leaked by police in Sanford, Florida, in an effort to cast doubt on his character and justify his murder.

Florida judge Debra Nelson later allowed his killer's defense team to introduce Martin's marijuana use as evidence in the resulting murder trial. The lawyers claimed it corroborated the killer's claim that Martin was acting "erratically" the night he was shot for no apparent reason. The killer was found not guilty.

As more than half of the U.S. has legalized marijuana in some form, with nine states and Washington, D.C., offering full recreational use, social acceptance of cannabis has grown to unprecedented proportions, and the industry has caught fire faster than those loose blunts of brick weed your high school buddies used to roll. In states where marijuana has been legalized, inequity has remained. As a relatively progressive city surrounded by reds, Charlotte leaders should be keeping a close eye on the effects — or non-effects — of legalization on marginalized communities, as it is an issue that will someday arise in this city.

Because just like in 2012, the paradigm shift in our country's perspective has not offered its benefits to the African-American population.

While morning TV shows produce cutesy segments like "Pot for Pets" and "Marijuana Mommies," someone in America is arrested for possession every minute, and depending on where they are, they're three to 10 times more likely to be black than white, despite usage rates being nearly equal among racial groups.

If they're black, they're about six times more likely to go to prison for it. These disparities not only persist in the age of legalization, but according to the ACLU, they're increasing.

Even in states that have fully legalized, regulations on use make arrests possible, and these regulations disproportionately affect people of color. For instance, in Colorado, public use is prohibited unless you're in spots in Denver that allow it. And since black people are more likely to be economically disadvantaged (whites hold 13 times as much wealth as blacks), they're less likely to have a private place to smoke, and less likely to be in the bars and restaurants where they can light up without being ticketed.

The black community hasn't felt the economic boom of legalization, either. Last year, the legal cannabis market hit $10 billion, and spawned a host of tertiary services such as "Ganja Yoga" and "420-friendly lodging." But, industry regulations favor the white and wealthy as well. Just applying for a retail license in some states can cost up to $1 million. Due to ongoing federal prohibition, banks rarely lend to these businesses, so financing is an opaque process that depends heavily on financial connections and high-value personal networks. To work in the industry at all, you must pass a criminal record check.

There have been efforts toward progress, and it's efforts like these that Charlotte leaders should take into consideration should our backwards state legislature see John Boehner with a joint in his mouth and suddenly right their ship. The city of Portland voted to dedicate a portion of its recreational cannabis taxes to finance the expungement of previous marijuana convictions in communities that were disproportionately impacted by prohibition. Ohio attempted to mandate that 15 percent of dispensary licenses be given to minorities. Massachusetts capped license fees at $300, prioritized minorities and eliminated marijuana convictions from the criminal records requirement. Still, statistics from Marijuana Business Daily show only 17 percent of marijuana businesses are owned or operated by people of color.

If you're wondering why I'm making a happy thing like the impending end of weed prohibition all about race, consider how prohibition started: a race-based fear campaign in which Harry Anslinger, head of the Federal Bureau of Narcotics (predecessor of the DEA) released statements to the public such as, "marijuana causes white women to seek sexual relations with Negroes..." and "Reefer makes darkies think they're as good as white men."

It's always been about race. For nearly a century, African Americans have paid the highest price for prohibition, and now that legal cannabis is generating billions, they are gaining the least from it.

I don't care that John Boehner just joined the weed game. I don't care that I can buy edibles I never knew existed when I go on vacation. As cannabis prohibition continues to die in 2018, we have made tremendous gains legalizing green, but I want to know when we will focus on legalizing black.