Book review: All The Ugly And Wonderful Things 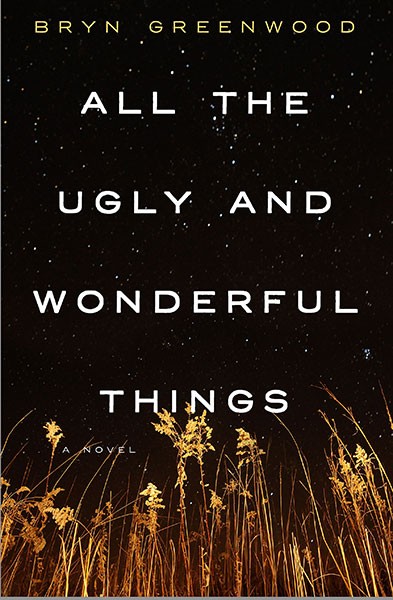 All the Ugly and Wonderful Things, by Bryn Greenwood

Bryn Greenwood masterfully weaves together all things ugly and wonderful in her aptly-titled coming-of-age fairy tale All the Ugly and Wonderful Things, centered around an accidental protagonist and her unconventional Prince Charming.

We first meet Wavy, age five, when Child Protective Services drops her off on the doorstep of a distant aunt after her no-good parents are sent to prison. Perpetually the square-peg forced through a round-hole, the reclusive youngster is shuffled between reluctantly well-meaning relatives until her mother is eventually released from prison and comes to pluck Wavy away, promising that things will get better.

Between a mother rendered bed-ridden by mental illness and drug abuse, and a meth-dealing father who is absent at his best and abusive at his worst, Wavy is left to fend for herself and her new baby brother, Donal, in the family's decrepit farmhouse.

Enter Kellen, the burly, tattooed biker errand boy employed by Wavy's father. Kellen skids into Wavy's life one fateful summer night when he crashes his motorcycle and she is the sole witness. The chance encounter ignites a spark that intensifies as Wavy grows older.

Amidst the chaos of life on a meth ranch, the pair forge a unique friendship. Kellen becomes the sole source of stability and empathy in Wavy's life. As Wavy grows older, her admiration for Kellen warms into a passionate crush.

Stolen kisses and longing glances between a wounded pre-teen and a twenty-something drug dealer should feel wrong, but the reader is seduced by Wavy's youthful, rose-tinted romanticism and Kellen's tortured resolve.

While the first act builds the reader's trust with poetic prose and sweet nothings whispered into the winds of a Kansas summer, chaos inevitably strikes on Wavy's fourteenth birthday, and in its wake, the carefully constructed makeshift romance comes toppling down in a string of tragedies and heartaches.

Told through alternating perspectives, the story feels like a patchwork quilt — at times ugly, other times wonderful — depending on what set of eyes we're peering through.

Greenwood weaves Wavy's account with particular authority; a Kansas-native and the daughter of a drug-dealer herself, she is able to lace an unspoken authenticity into Wavy's stubborn optimism and resilience.

As we're lured deeper into the story, Greenwood skillfully uses these alternating perspectives to show — rather than tell — the reader who to trust. It's a tactic that allows us to persevere, even as characters disappoint us and betray our expectations in the book's second act.

Though the tumultuous second act is ultimately redemptive, there are plenty of speed-bumps along the way.

Passages feel rushed, new narrators are introduced but never fully fleshed out or established, and loose ends are hastily dealt with as the story reaches a close.

While these pitfalls certainly feel disappointing compared to the intricacy and intentionality of the first act, they only minimally detract from the book as a whole.

All The Ugly and Wonderful Things isn't for the faint of heart, but if you can stomach the rough edges, you'll be rewarded with a tale that is tender and pure at its core.

The subject matter is certainly gritty and at times uncomfortably controversial, but Wavy's enduring love and poetic prose never fails to soften the blow.

Greenwood is a gifted writer, and Wavy's story will stick to your bones long after you put this book down. These characters will fast become friends, and you will find yourself reluctant to leave their ugly and wonderful little world.