Christine Simolke grew up with a fascination for the story of how her mother's family arrived in America. She would hear tales from her grandmother, Giovanna, of how she and her mother, Appolonia, and sisters sailed to America in the 1920s to meet her father, Luigi, who had immigrated to America more than a decade before and whom the children barely knew. 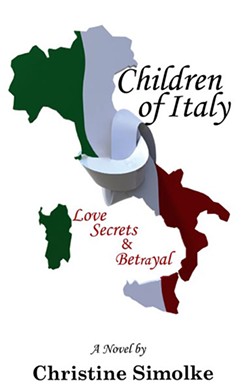 During graduate school, Simolke wrote a research paper based on an interview with Giovanna that addressed her life as an immigrant. Simolke promised herself she would return to the subject one day at a deeper level.

Simolke, who lives in Marion, North Carolina, has now done just that with her first published novel, Children of Italy, released in September. The piece of historical fiction — Simolke estimates about 70 percent of the story is true — features not just characters, but the story of Simolke's true-life ancestors as they arrive in America and spend the next four years living the lives of immigrants in the '20s, for many of whom the decade was not so "roaring."

Inspired by her work with Mexican immigrants as an English teacher and in guidance offices with McDowell County Schools, Simolke saw how the plight of immigrants hadn't changed much in the century since her great-grandfather arrived, and decided to finally write a book that would share her ancestors' stories while also resonating with issues of today; including immigration, labor rights, LGBT rights and more. The book also deals with the dynamic of family separation, and how her great-grandfather's infidelity while alone in America for 12 years would forever affect the lives of his family members.

Creative Loafing spoke with Simolke in the lead-up to her appearance at Park Road Books on October 20 to discuss how her work on this book reinforced her beliefs that, although progress has been made on the above-mentioned issues, there's still much to be done in the struggle to reach and define "the American Dream."

Creative Loafing: Why did you decide to write a historical fiction novel about your own family?

I wasn't sure initially when I wrote about our family in grad school that there was enough conflict for it to be interesting in any way. [Giovanna] was kind of a rose-colored-glasses person, and she never said anything bad about her family. But later, after she died, her younger sister told me some things that I thought made for an interesting story and made it more relatable, because everyone has issues and family issues. So I thought it would be much more relatable after some of the issues that she told me were involved.

Did you get any pushback from family members about telling these personal stories, even all these years later?

My aunt Evelina is the youngest daughter in the story. She's 96 and she's still living. She was very anxious to read it and she wanted to read it before it was in print. But she waited. She was a little nervous about it. But she loved it. I talked to her on the phone and she said, "You have to go on with my story because I had a bad marriage and that would be a great story." So she wants me to keep going with it. So that was great that she liked it because I thought I didn't paint her dad in the best light, but she told me, "You actually made him nicer than he really was." So she was OK with it.

It's hard not to notice how much some of the social justice issues the family deals with in this book still resonate today. Was that your goal?

I had been teaching school for a long time and had worked a lot with immigrants from Mexico. When I decided to write a novel, I did want to include those kind of issues because I think that's really what was the impetus for me to go ahead and do a novel and try to complete it and get it out there, because when I worked with them it reminded me so much of my family that to me their issues were the same. They had the same issues with discrimination in jobs, they had the same issues with not speaking the language, looking different, having darker skin color, feeling out of place. So as I wrote it, I did want to include all the things that happened to them that made it hard and related to the struggle that my students deal with.

I also thought that my family just came here to make a better life, and it wasn't really a better life for my great grandfather or great grandmother, they were just poor. It's about building a better life for me and for my mom, and I think that's how immigrants who come here now are. They're really making a big sacrifice themselves for their children, and I want people to understand that. Everybody just wants what's best for their kids and no matter where you come out on immigration you should understand that.

In what ways have immigration issues changed in comparison to ones faced by immigrants in the early 20th century?

I think back in the '20s there were many immigrants from all different countries coming here. They didnt have each other's backs, they were very competitive against one another, all the different groups. But they were all working, they all could get jobs and people looked down on them but people didn't act like they were going to hurt them as much. Immigrants now from Middle Eastern countries, I think that people are very hard on them, and I feel bad for them because the one bad apple who might have been a terrorist makes people live in fear of all people who are from those countries originally. That's a big difference. They have all the same prejudices and job issues and discrimination issues and poverty issues as early immigrants, but then they also have that added prejudice based on fear. 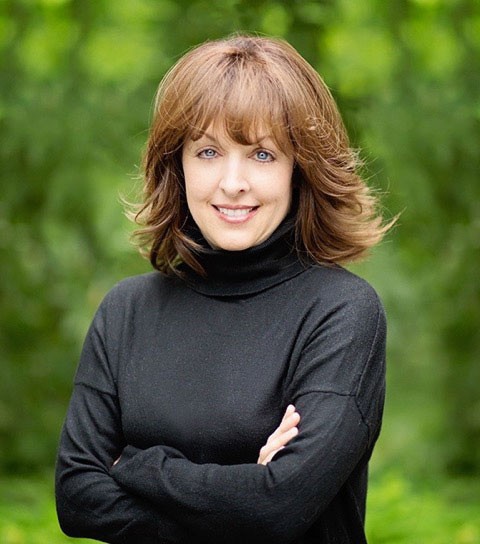 Are the labor issues Luigi deals with in the book also something you think still needs more attention today?

Immigrants are still underpaid. They're taken advantage of, particularly if they're here illegally. Their work situations are not as good because some employers who aren't very scrupulous think they don't have to provide them with the same decent treatment that other people would expect, because they have that hanging over their head, "I'm illegal, so I can't complain."

When I was doing research I found that the government is supposed to investigate all unfair labor practices and it doesn't matter the legal status of the workers. They're supposed to make sure that working conditions are good for everybody and the legal status isn't supposed to come into play at all, so I do think that that should be covered better.

A subplot in the book deals with a secret homosexual love affair involving your great uncle Bernandino. With the near impossibility of living openly gay in the working class world of the '20s, was this an aspect of Bernandino's life your family was always aware of?

I had never heard that story at all until I was interviewing my aunt Evelina. I was just asking her about daily life. "Did you have electricity? What kind of food did you eat?" etc. Then she started telling me about other family members. There's a family member that sees them off at the port in Genoa. And then she said, "And then we had an uncle who already lived in the U.S who had emigrated before and he was a little bit different."

That's all she would say, he was a little bit different. So I said, "Well, why was he different? Was he mean? What was he?" I didn't even think about his sexual orientation. She said, "Well, we just thought something was different about him. At the time, I didn't really understand, I just had this feeling that he was different than other guys. But then when I got older and I read the newspaper and became an adult, I think that he probably was gay."

So then I asked my mom about him. She said, "I was the same way." She was born in 1940, and she said, "I didn't really understand what gay was. People didn't even talk about those things." She said she just thought that he was a little bit odd. That's all anybody would ever tell me, that he was odd. I think they thought he was unusual because he didn't want to get married. In those days every man is supposed to get married and have kids, follow the typical storyline.

Did that inspire you to go further into researching how gay people were treated in those days? What did you find?

I didn't really learn much from [Evelina], other than the way she described it, which was that people just felt uncomfortable around him. So when I read about it, I read that they would have been outright bullied and beat up and that other men would be very homophobic and try to get them out of the community or out of the work place. I got that from the research that I read and different situations that those things happened. She wouldn't tell me that.

How has that reluctance to speak on the subject changed over the years and generations, in your eyes?

I think that the Italian people in general — much like Latin people — are very much into the machismo thing. The man is the boss and his word goes and everything has to be very masculine and very tough, and I think that's changed considerably. Even in my family it used to be that you couldn't marry out of the Italian nationality, you couldn't marry out of the Catholic religion. And my mother and all of her cousins, none of them even married Italians, most of them didn't marry Catholics, either.

I think, for the most part, the people I know, and I think it's because most of the Italians I know are in the city, they're very accepting. Much more accepting than they would have been in the past. I would say that they've improved greatly. I don't hear anybody in my family speak poorly of people who are gay, and I never have. So to me it seems that it has improved, because I know in the past, gay people would have a very hard time.

How much did Luigi's infidelity as a young man affect the family after they arrived in America?

One interview that I did the guy was like, "C'mon, give him a break, he was in his late twenties and went all the way to 40 here by himself." I said, "Oh yeah, I think people understand it, but even if you understand it, it still has repercussions."

Down the road, people can't help but be jealous even if the circumstances don't necessarily warrant it. So in the long run, [Evelina] told me that [Appolonia] never really got over that. They stayed together, but once she knew ... She would talk like, "We need to do everything for your dad. Be good to your dad," but she could see the undercurrent of bitterness, because [Appolonia] hadn't turned to that and [Luigi] had.

Do you aim to continue the story, as Evelina suggested you do, or is it your hope that this book brings closure to the story and the history that's been passed down orally, whether concerning Bernandino's secret lifestyle or Luigi's infidelity?

I would say it does bring some closure to the whispered-about family secrets, but I also want to continue the story to show how the lives of the daughters turned out — one with a bad marriage and one lost a daughter at a young age to leukemia — and how their immigration from Italy affected their children and grandchildren.