Broadway Dreams takes Charlotte performers to the next stage

Broadways Dreams performers strut their stuff in Charlotte in 2016.

Charlotte is a crazy source of talent for musical theater," Sam Faulkner says. "A lot of people don't realize it, but I've always known it."

Faulkner knows what he's talking about. Four years ago, the 19-year-old Charlotte native was cast as the lead in Billy Elliot the Musical at the Ogunquit Playhouse, in Maine, and he reprised the role at Raleigh's North Carolina Theater. Last December, he starred in a live telecast of Hairspray Live! on NBC. The young triple threat — he sings, dances and acts — has lined up an impressive array of stage and television credits, but his most influential role may be something he did behind the scenes: he helped make Broadway Dreams a reality in Charlotte.

Broadway Dreams offers a weeklong intensive performing arts training program, with a focus on acting, voice and dance disciplines, to local aspiring performers. Think of it as Broadway boot camp with a crucial distinction: The faculty are all industry professionals, and the final is a live show that is conceived, cast and mounted all in the course of a week. This year's production, which spotlights variations on the theme "Come Together," goes up at the Blumenthal Performing Arts Center's Booth Playhouse on August 4 and 5.

"Sam would travel to other cities (with us), and he would always talk about the level of talent in Charlotte," says Broadway Dreams' executive director Annette Tanner. "Six years ago we did our first weekend workshop in Charlotte and the talent blew us away."

"I had a harebrained idea to do musical theater training," the effusive 51-year-old says, laughing. "One thing I do well is identify talent. I saw so many talented people who didn't know where to direct it, and so many top-notch teaching artists who had huge gaps between shows."

Why not bring these two groups together, Tanner wondered. She had no idea her concept would have legs, as they say in the business. Twelve years later, the Atlanta-based non-profit has gone international, hosting workshops in Brazil, Russia and Canada, while touring U.S. cities including New York, Los Angeles, Philadelphia — and Tanner's current favorite, Charlotte. In 2016 Broadway Dreams held its first weeklong Queen City workshop at Central Piedmont Community College. 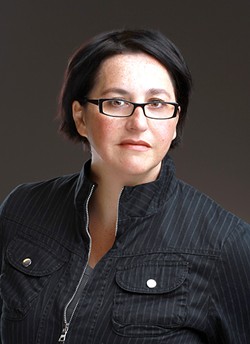 "Last year, of all 10 cities we toured in North America, I felt that the Charlotte talent was the strongest," Tanner says. "We were absolutely floored by the level of talent. [Charlotte] has great students and teachers, and a strong community with the Blumey Awards and the high school musicals. Charlotte has a great foundation for theater performance."

Aspiring Charlotte performers who signed up for the week-long workshop, which began July 29, are attending a series of master classes in performing, plus the business side of show business: seminars on auditioning, getting an agent, getting into a good performing arts college and more. On top of that, they are rehearsing for the shows on the following Friday and Saturday.

"It prepares you for the stress and demands of the profession," Faulkner says. "All the while you're working alongside Broadway professionals who are at the top of their game."

Faulkner, who attended Charlotte Latin from kindergarten through eighth grade, has just graduated from George Washington University online high school. He began interning for Broadway Dreams this summer in Los Angeles, assisting showcase director Spencer Liff, the Emmy-nominated choreographer for the Fox TV series So You Think You Can Dance. Liff is also on the Broadway Dreams faculty in Charlotte.

"As director, [Liff] had a whole different set of responsibilities that I got to experience first hand being his assistant," Faulkner says. "That gave me a new perspective as an actor, seeing the other side of things. I think that ultimately made me a better actor." 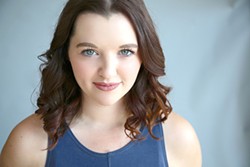 The Broadway Dreams tour and workshop has also been an eye-opening experience for Hannah Day. The 22-year-old Charlotte native just graduated with a degree in musical theater from Western Carolina University. She started doing local theater while in middle school, and this fall she'll star in Mary Poppins at Children's Theater. This is her third year with Broadway Dreams.

"My expectation for [my first summer] workshop was just to grow, not only as a performer but also as a human being," Day says. "That's what sets Broadway Dreams apart and makes them special. They are interested in nurturing young artists, rather than just young performers. Coming out of that summer I was rejuvenated."

Day participated in the first week-long Charlotte workshop last year at CPCC. "It was a whirlwind, the most beautiful and exciting experience you could ask for," she says.

Day performed in multiple show segments at Pease Auditorium, and her favorite was Dreamer Divas. "I sang a song called 'Up the Ladder to the Roof,' from the musical Everyday Rapture," she says.

"The show this year is going to be even bigger than last year," Day continues. "I'm really excited."

Faulkner finds the intensive training and preparation leading up to the shows as exciting as the performances.

"When you go to a Broadway Dreams intensive, you have to look around the room carefully at your fellow students and budding artists," he says, "because you're looking at the future of our business."

"We give students opportunities and the access to someone they would normally get only three to four minutes with in an audition in New York," Tanner says. "We're saying, 'Here you go — you get to spend eight days with us.'"

Tanner cites the large percentage of scholarships that her organization grants as a sign of its commitment to the students. Over 50 percent of the more than 120 participants at the 2017 Charlotte workshop are on scholarship. 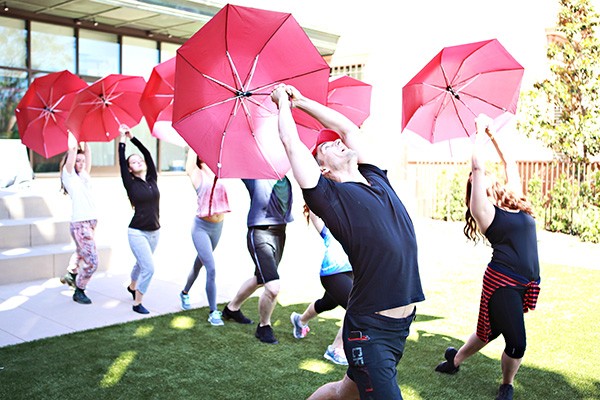 "This is an industry where the playing field is fairly even when it comes down to talent," Tanner says. "Often, those that have the raw talent don't get the opportunity because they can't afford it. It was my dream to remove cost as a barrier."

"I'm looking for that person who knows this is the career path they want to follow, and then I want to be part of that journey," Tanner continues. "I want to be the one who opens the doors and helps them to get to where they want to be."