It's that time of year again: three days of parties, shows, takeovers — whatever you want to call them, just make sure you call out of work.

TOP of the TOP Rooftop Day Party: There's no better place to be during CIAA weekend than at the top of the Epicentre, bringing in the biggest weekend-long party of the year with DJ Flash and 1,300 strangers. Noon-8 p.m. Rooftop 210, 210 E Trade St. www.culture19.com

Doug E. Fresh & DJ Kool Day Party: If you're deciding between this and another party, you probably already lost your ticket. This annual event - previously hosted at Vanity - has sold out nine years in a row. $40 and up, Noon-7 p.m. Empire, 210 E Trade St. tinyurl.com/DougEandKool

Day2PM: Since her debut on Love and Hip Hop, Ju Ju has become a dedicated businesswoman and author. But she still has time to party with Trans Lit Promotions and Charlotte radio station Power 98. $25 and up, Noon-7 p.m. Kandy Bar, 210 East Trade St. tinyurl.com/yb2ayfoo

Hallpass: Tell your boss you're going to need a "hall pass" because this party starts during office hours. $10 and up, 1-6 p.m. SIP, 200 North Tryon St. tinyurl.com/HallpassParty

Gucci Mane and Lil Wayne Takeover: It's not all lollipops and ice cream cones. Two of the most successful and influential rappers in the dirty south take over the Oak Room. $50 and up, 9 p.m.-3 a.m. Oak Room, 200 East Bland St. tinyurl.com/GucciandWayne 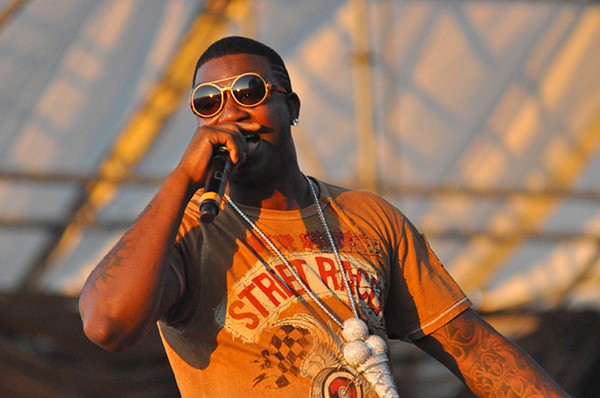 Rich Homie Quan: Influenced by dirty south rap, Rich Homie Quan has made a name for himself in recent years with tracks like "Flex," "Walk Thru" and "Type of Way." Don't miss his CIAA performance. $25-500, 9 p.m.-2 a.m. Kouture lounge, 3148 Freedom Dr. tinyurl.com/y7yxanzs

Love and Hip Hop Invades Charlotte: Love & Hip Hop Charlotte has a nice ring to it. Maybe one day the franchise will recognize the potential of the QC, but this will do for now. $25 and up, 9 p.m.-2:30 a.m. Wild Wings Cafe Epicenter, 210 E. Trade St. tinyurl.com/LoveandHipHopCLT

Friday Night with TANK: With so many celebrities filling the Epicentre this weekend, it will be hard to choose where to party, but R&B fans head to Howl at the Moon to meet Tank. $25 and up, 9 p.m.-2 a.m. Howl At the Moon, 210 East Trade St. tinyurl.com/FridayWithTank

Cardi B Takeover: What a year for Cardi B. She conquered the female hip-hop artist's challenge of the decade: grind so hard they stop comparing you to Nicki. I advise fans see her now because next time she's in the QC, it's not going to be at a small venue. $85 – $7,256.60, 10 p.m.-2 a.m. World Nightclub, 900 NC Music Factory Blvd. tinyurl.com/ybwdwctm

Chris E. and The Breakfast Club 5th Annual Day/Night Party: Last year, Cardi B, 50 Cent and Wale were in the building. Record breaking attendances caused Empire to extend their hours this year to all day long. If you ever wanted to meet a celebrity, now's your chance. $40 and up, Noon-2 a.m. Empire, 210 East Trade St. tinyurl.com/ChrisEandtheBreakfastClub

32nd Annual Original Hopewell Group Day Party with Chubb Rock: Don't pull out those cowboy boots quite yet; this is not your typical rodeo. Coyote Joe's steps out of their Nashville comfort zone and welcomes New York City rapper Chubb Rock to the stage. $35 and up, Noon-6 p.m. Coyote Joes, 4621 Wilkinson Blvd. tinyurl.com/ChubbRockCoyoteJoes

Kings and Queens Day Party: Some people reach an age where they think they can no longer go out. You can feel bad for them while you're at the main event for everyone over 30. $15 and up, 1-6 p.m. Extravaganza Depot, 1610 N. Tryon St. tinyurl.com/KingsandQueensDayParty

Go-Go Invasion: Feel like you've stepped off the Washington Metro with performances by Be'La Donna and Uptown Swagga Band. $20 and up, 1-7 p.m. Stats Restaurant and Bar, 3425 David Cox Rd. tinyurl.com/GoGoInvasion

The Official CIAA Party: Over 40 celebrities in a 40,000-square-foot ballroom with general admission tickets starting at $40. Only thing missing now is a 40-ouncer. $40 and up. 8 p.m.-2 a.m. Charlotte Convention Center, 501 S. College St. tinyurl.com/OfficialCIAAConvention