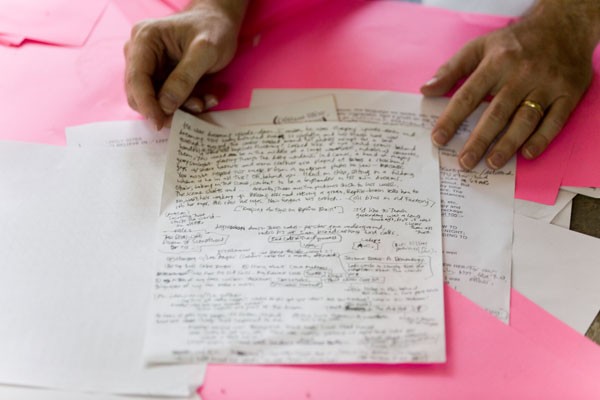 The way Jeff Jackson sees it, a lot of contemporary literary fiction is a sham. What's needed, he says, is writing that does what punk music did to the complacent, bloated rock 'n' roll of the 1970s — blow it up and start all over.

Jackson, 42, hopes his debut novel, Mira Corpora, will contribute to the cause. Of the current crop of best sellers and critics' darlings, he has little regard.

"These are people who spell things out for you — they ultimately don't really trust the reader," Jackson says. "'Literary fiction' is a great name for it, because it's not actually literature — it's fiction that has a literary patina. It's this NPR-ification of literature. It's middle-brow fiction that's been given a shiny coating of literature without being the thing itself. It's a counterfeit."

Jackson's novel, available Sept. 24, has been heralded as a "coming-of-age story for people who hate coming-of-age stories," and praised by literary heavyweights Don DeLillo and Dennis Cooper. The novel chronicles the hardscrabble life of a runaway who also bears the author's name. The protagonist survives a series of horrific and abusive events, but also experiences grace and camaraderie.

Mira Corpora also examines notions of home, ritual and identity. More importantly, it asks readers to consider what these mean to them and, beyond that, what reading literary fiction should entail. 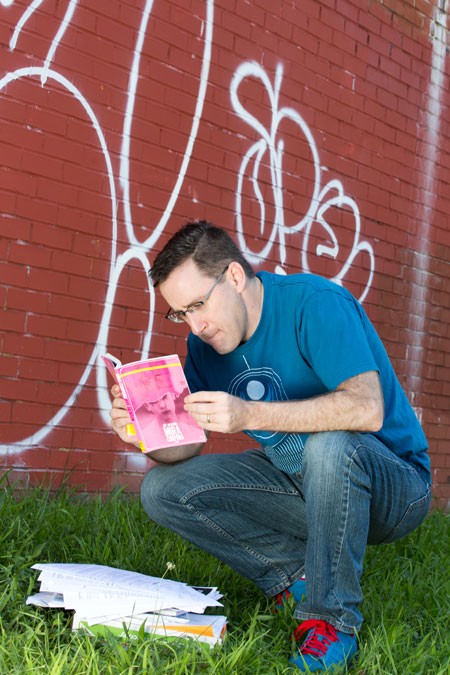 Such probing questions are nothing new for Jackson, who's had five plays produced by the New York City-based, Obie Award-winning Collapsable Giraffe company. Some of his literary heroes can be found in the epigrams that precede the sections of his novel — Franz Kafka, Maurice Blanchot and surrealist playwright Antonin Artaud among them. All point emphatically toward a modernist tradition bent on destroying long-held shibboleths.

"People have so much culture wash over them, and so much news and current events, that literature and art do people a disservice by functioning in the same way that pop culture does," he says. "It's one of the reasons there are less and less readers today. Literature should offer you something that only literature can give you, in the same way that a great rock song can give you something that only a great rock song can do."

After graduating from Duke and moving to New York, Jackson worked as a literary agent before earning his MFA in Creative Writing from NYU. He moved to Charlotte seven years ago when he began work on Mira Corpora, which took five off-and-on writing years to complete.

"New York is so expensive, I felt like I could be a writer or a New Yorker, but I couldn't be both," he says of his move to Charlotte.

Another epigram in the novel comes from the long-running underground rock unit The Mekons. That's fitting, because music is one of the themes that pervade the story, especially in the narrator's search for a fictional reclusive rocker named Kin Mersey. For Jackson, who co-runs the avant-garde music site Destination:OUT, the theme underscores his distaste for worn-out tropes, fictional or musical.

That's why Jackson says the structure of Mira Corpora, for which he cut lengthy sections from earlier versions, is as essential as the story being told. "I needed to have a form that was as elegant as it could be," he says, and "it took a really, really long time to find it." When the narrator finally reaches the end of the novel, he begins his own re-telling by first erasing from the page what's come before.

"That's part of the punk rock thing — to understand that sometimes a negation is the most positive action you can take," he says. "There are certain situations in your life where the only way to move forward in a positive way is to first destroy the situation you're in." 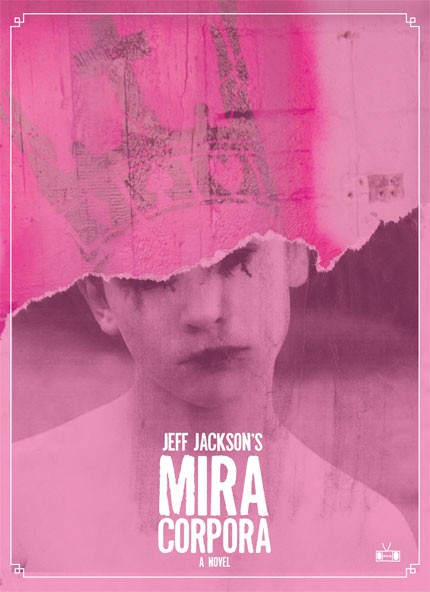 A 6-year-old boy is tied to a tree in the forest, smeared with raw meat, and offered as a sacrifice to packs of wild dogs. An alcoholic mother scorches her 11-year-old with a clothing iron. A feral 14-year-old roams a decaying cityscape in search of a reclusive rock 'n' roller. A pervert plies a 15-year-old with pills to turn him out. An 18-year-old disavows his substantial inheritance by burning it.

In Mira Corpora, the debut novel by Jeff Jackson, author, all of these dark things happen to Jeff Jackson, protagonist. The pat reading would be that these are autobiographical nuggets writ large into fiction — which the narrator anticipates and confounds in the opening chapter by piercing through the pages of a journal and into this story. No, there are no pat answers in Mira Corpora, and the reader is the better for it.

Instead, the author plays with widely held notions of contemporary literary fiction while telling a ripping yarn about a runaway. Constructed in succinct chapters depicting the boy at various ages, Jackson's short, visceral sentences fuel the novel's page-turning momentum. But a hallucinatory quality permeates events throughout. Paintings take on extra dimensions; music has talismanic powers; the city is as feral as the forest. Where exactly are we on the coming-of-age novel continuum?

That question is as important as the answers readers might come up with. In the meta-fiction tradition of Thomas Pynchon or Stephen Wright, Jackson's story questions our assumptions and demands our participation. The events here may turn a boy into a man, but the story eschews bestseller-list epiphanies. The protagonist notes, in the novel's last chapter subtitled "My First Fiction," that a painting's "mysterious combination of pigments casually suggests not an idealized vista in this world but an imperfect pane into another."

And so it is with Mira Corpora. Here, a novelist's "mysterious pigments" make for a non-idealized — and far more participatory and compelling — take on the coming-of-age tale: how they're written, how they're read, and what readers learn about their own ongoing maturation.

(Jeff Jackson's novel Mira Corpora will be released Sept. 10. To order, or for more info, go to www.twodollarradio.com)