When Frank Scibelli was a child, he went with his family to a restaurant that served its food family-style. The concept of big plates designed to be shared around the table struck a chord with the young future entrepreneur.

"I liked the feel of it," Scibelli says. "Just, how it made me feel inside, so that's part of why I did it."

What Scibelli did was open one of Charlotte's most respected and popular Italian spots, Mama Ricotta's, a repeat winner for Best Italian in CL's yearly Best of Charlotte issue. The restaurant, which sits on Kings Drive across from Midtown Park, serves Italian classics family-style, creating gourmet food in an atmosphere comfortable for the whole family.

After graduating from Wake Forest University with an MBA, Scibelli found a job in Charlotte but was quickly put out when that business suddenly closed. He then had to decide what he truly wanted to do with his life.

"Literally, I read all the career books out there, and it said, 'Do what you love,'" he says.

He followed the advice and entered the restaurant industry by opening Mama Ricotta's, or Mama's, as he lovingly calls it, in 1992 when he was 27 years old. He named the new Italian joint after Maria Ricotta, the restaurant's original chef. 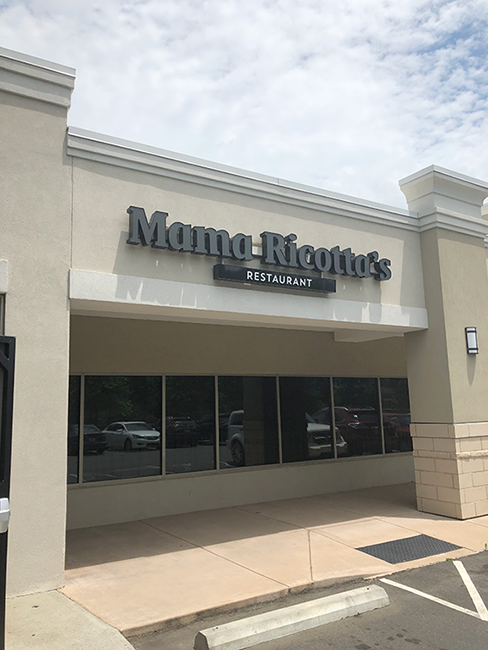 At the time, the restaurant had just 39 seats. From there, Scibelli grew a whole empire by forming a restaurant group that today includes Paco's Tacos & Tequila, Yafo Kitchen and Midwood Smokehouse. He eventually expanded Mama's to more than 200 seats.

All of Scibelli's restaurants serve food that he loves, but Mama's will always be special to him. "My office is upstairs," he says. "It's my baby."

Even his kids can't resist the decadent Italian cuisine. With four children to please, picking a restaurant that suits the whole family can be a challenge in Scibelli's family, but Mama's is always a contender. And it's the only one they all can always agree on, he says.

You can't blame them for not being able to resist the food. Dishes like the penne alla vodka, tossed with sautéed pancetta in a pepper vodka and spicy tomato cream sauce, are popular among diners. The pasta is served perfectly al dente, with a spicy kick that doesn't overpower the dish, rather keeps it interesting.

"We sell literally hundreds a day," Scibelli says of the dish. "I could eat (it) every single day of the week and not get sick of it." 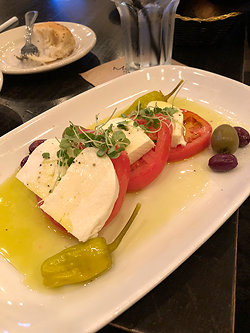 Scibelli and his executive chef, Tom Dyrness, have taken trips together to Italy to learn about the methods of Italian cooking. Dyrness says that keeping Mama's food authentic is very important, and that emphasis on authenticity is evident in the homemade mozzarella and tomato appetizer.

Large tomato slices are served on a bed of olive oil garnished with olives and basil, but the slabs of fresh mozzarella steal the show. It's a simple, but refreshing, representation of authentic Italian cuisine.

Scibelli describes his restaurants as serving up comfort food in a casual way, but with gourmet twists. This is exemplified by Mama's pollo carciofi. The dish is reminiscent of the ever-popular lemon piccata that your mom might have whipped up in the kitchen when you were a kid. There's the typical use of capers and lemon juice, but the dish is taken up a notch by the artichoke hearts — a technique Scibelli learned in Italy — and white wine-based sauce. 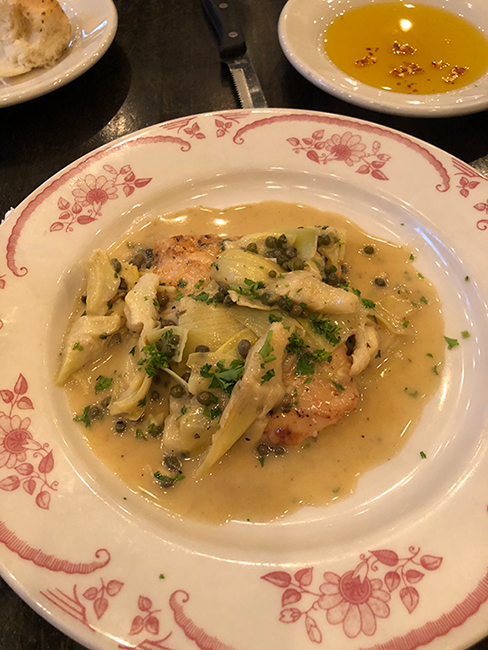 And almost every item on the Mama's menu is available family-style, a way of serving that Dyrness especially appreciates.

"It creates interaction," he says smiling, "at the very least, 'Can you pass me the chicken parm?' Instead of, you know, four people sitting there on their phone."

Mama's makes its family-style plates double the size, but you pay for a plate and a half, making dining that way an experience and a bargain.

Diners can expect the menu to stay the same for the most part.

"I mean, would you ever dream of changing a dish like this?" Dyrness asks, laughing and pointing towards the penne alla vodka. But, the chef says there are occasionally new items added seasonally.

These days, Scibelli spends less time in the kitchen, saying that he's "95 percent business." But every so often he will cook with Dyrness at each other's homes for fun, and they will have culinary conversations that translate to the menus of Scibelli's businesses.

"I really trust his palate and he sort of understands what I'm looking for," Scibelli said of Dyrness, who also serves as executive chef at Paco's Tacos & Tequila.

Also earning Scibelli's trust has been Mama's relatively new general manager Vinny Delillo, who Scibelli says is like a part of the family despite having joined the team only a year ago. As Scibelli points out, Delillo also happens to look just like Tony Soprano, minus the intimidating stare.

Delillo holds down the hospitality fort, and he is in charge of the customer service that Mama's prides itself on.

The service element of Mama's is part of why Scibelli says Q.C. diners have consistently turned up at his place over other Italian restaurants in the area. And even though the restaurant is aging, it has continued to thrive and grow each year. 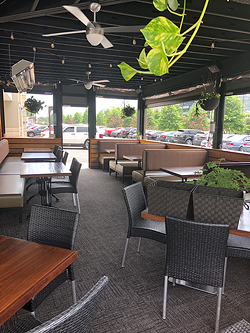 With growth comes crowds. Scibelli says it's almost always a must that you make a reservation if you plan on dining on the weekends. During the week, it's easier to walk in and grab a table.

Although it's a popular spot, Scibelli says management prides itself on hiring experienced hostesses that will do their best to get you in. Growing demand hasn't been enough to keep away the dedicated regulars.

"We've been open 26 years," Scibelli says. "We get people who, like, they've been coming there since they were born."

Dyrness often sees familiar faces around the dining room at lunch and dinner. He recalls that a particular group of regulars were recently sitting around talking about mozzarella sticks, so Dyrness accepted the challenge and whipped some up using Mama's homemade mozz. The result was incredible.

"They were freaking dynamite," Dyrness brags.

With a new outdoor patio that finished up construction last year, there's plenty of space to relax and eat. The dining room itself isn't ostentatious, it's what one would expect from a more casual Italian joint. It's fairly dark, but strings of lights help illuminate your menu. The restaurant's playlist ranges from jazzy, Sinatra-like songs to classic Southern rock jams by the Allman Brothers.

Scibelli says you would be "hard pressed to find" the caliber of food Mama's offers in such a laid back atmosphere anywhere else.

The family-style plates create a community at the table, but that sentiment goes beyond Mama's four walls. The restaurant is very involved around Charlotte, specifically working with children's charities such as Claire's Army and Communities in Schools, which benefits from the annual Dine Out For Kids event.

Many of the people who work with Scibelli on his various restaurant projects have families and kids of their own, and he says his team finds the work heartwarming.

"We're very kid-focused," Scibelli says. "We want to make a difference with kids in all areas."

Family has become a theme of the Mama Ricotta's experience, which makes sense with such a maternal name. Whether it's the food or the experience of dining, Mama Ricotta's has made an impression on the dining scene of Charlotte for over a quarter of a century.

"People have gotten engaged there, then they have their birthdays there," Scibelli says. "Very important life memories are in the restaurant, and that's the part that's really cool."