That was the decade that was

in April 13, 1963 — both Friday the 13th and Good Friday — Frye Gaillard was 16 years old and part of a high school field trip from Mobile to Birmingham, Alabama. A descendant of wealthy former slave owners, and the son of a circuit court judge, Gaillard's world was shaken then as he watched Dr. Martin Luther King Jr. get arrested after a day of demonstrations against legal segregation.

"As I was leaving the hotel, there was Dr. King, barely three feet from where I was standing," Gaillard recounts in his new jaw-dropping popular history of the 1960s, A Hard Rain. "Two Birmingham policemen were shoving him roughly up the sidewalk ... he looked so small and there seemed to be a sadness in his deep, expressive eyes ... [That moment] shattered an illusion that everything was fine, that the racial problems in the South would subside if not for 'agitators' like King."

Suddenly, the civil rights movement had a face for Gaillard, and it was Dr. King's. Later in the same chapter, he writes, "Looking back, I'm certain that it set me on the path to becoming a writer."

Over 50 years and 20-something books later, that awed teenager in Alabama is writer-in-residence at the University of South Alabama, and a venerable author whose new book traces the history of the raucous decade in which he and this writer both grew up. The resulting work is one of those culmination-of-a-life's-work books most non-fiction writers can only dream about.

A Hard Rain: America in the 1960s, Our Lost Decade of Hope, Possibility and Innocence Lost is a powerful, engaging mix of concise, hard reporting with a strong narrative thrust and a personal touch. Even a mere list of the events and topics Gaillard relates in the book is longer than I have space to accommodate. Suffice it to say that he expertly condenses and clarifies all the highlights '60s: civil rights, the Cuban Missile Crisis, the race to the moon, Vietnam, war protests, the beginnings of both the women's liberation movement and modern environmentalism, drugs, music, the arts — and that list barely covers it. 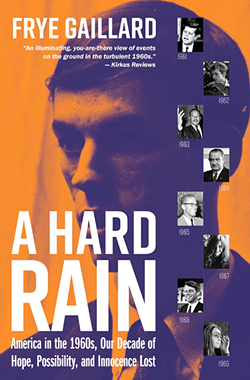 Besides the MLK Jr. incident, Gaillard also writes about meeting both Alabama Gov. George Wallace and U.S. Sen. Bobby Kennedy in 1968, both of whom he helped bring to Vanderbilt University when he was head of the group that invited speakers to campus (Kennedy was deferential and curious about the campus; Wallace merely wanted to know if "any niggers are in the audience").

A Hard Rain has received a wealth of rave pre-publication reviews from major critics and historians. It's also a great read, in Gaillard's trademark knowledgeable but casual, nearly conversational style. Even though he first came to public attention as a fine reporter on race relations, Gaillard elicits a much broader historical and cultural landscape for this book, something he felt he needed to do in order to convey the constant rush of multi-faceted changes that marked the '60s.

When he saw Dr. King arrested that day in '63, Frye no doubt had other things on his teenaged mind, as well. He, along with any kids around his age in 1963, had probably heard popular music on the radio that day, no doubt including "He's So Fine" by the Chiffons, representing the newly popular girl group phenomenon that was reinvesting rock 'n' roll with needed vitality; "Walk Right In" by the Rooftop Singers, a hint of the early '60s folk revival that still influences popular music to this day. He had no doubt seen some of the groundbreaking movies that had won Oscars the week before: The Miracle Worker, Lawrence of Arabia or, of course, To Kill A Mockingbird. An avid reader, he was at least aware of some of that year's top literary best-sellers: The Bell Jar, the novel by poet Sylvia Plath, whose suicide two months earlier had shot her to posthumous fame and heralded a new, darkly confessional style of poetry; Betty Friedan's The Feminine Mystique, a founding document of the coming wave of feminism, also published two months earlier; The Spy Who Came In From the Cold by new author John LeCarre, which would change spy novels forever; and The Fire Next Time by James Baldwin, which served as a reality check for white readers in learning how black Americans really experienced the United States.

Reporting that kind of normal concurrence of events in order to give a feel for what it was like to live in a certain era — which, for what it's worth, is what this history lover is most interested in grasping — has eluded many writers. For a book on the '60s, it seems important to try, seeing as how the decade was marked by a rush of major, tumultuous actions on all cultural fronts; in other words, a mega-boatload of new, mind-opening stuff was going on nearly all the time everywhere. Very few histories of the '60s have come close to getting across what it felt like to be a young American living through that headlong leap into a new world. That, nonetheless, is what Gaillard has done, and I find it the most impressive feature of A Hard Rain. Gaillard even created a Spotify playlist to go along with the book, a clever way of using present-day technology to add to the nostalgia.

As for getting that feeling across in his writing, it wasn't an easy sentiment for Gaillard to express.

"As a matter of fact, that's exactly what I struggled with most," Gaillard told me. "I figured other, younger historians will be sifting through the available historical record and uncovering things we don't know about, like the guy who recently found that Nixon really had personally sabotaged the Vietnamese peace talks in 1968 to aid his election. I knew those historians would bring some fresh perspective to it, but you and I were part of the generation that went from being kids to young adults during that time. And thinking about what that felt like."

Gaillard said he began to realize how each element of pop culture and current events played into the zeitgeist of the moment: the music, the politics, the movies, the arts, the Space Race, the beginnings of the women's movement and everything that eventually led up to the disaffection that would come later, as protests grew larger and no change came. 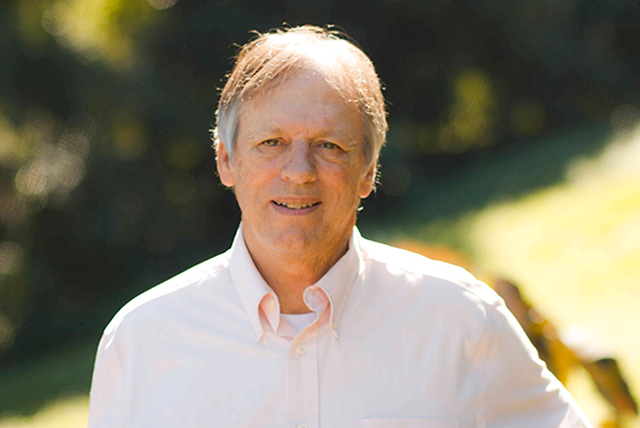 "It's almost like you had to be there to feel what that was like and that's what I wanted to do, to capture how that felt as well as to sketch out what happened," Gaillard said. "I was stuck for months trying to figure out how to approach it, how to organize the book so that it could include all the various influences without becoming bogged down. It finally occurred to me to simply organize it year by year. And when I did that, weaving various things through the events of each year, the sheer chronology became the thread that keeps the reader from getting lost, particularly readers who weren't there at the time."

So why should a young person today give a rip about a book about the '60s?

Gaillard pointed out that many of the social justice movements you see today — from Black Lives Matter to MeToo to March For Our Lives — are rooted in the '60s.

"It's no cliché that the seeds of our time now were largely planted during that decade," Gaillard said. "In fact, that was one of the dominant storylines of the decade: the idealistic belief that things can be made better. And then the other story arc was tragedy, violence, despair, the darker arc that has also re-arisen in our own time. It was there — the demagoguery of George Wallace in those days, to me, was strikingly similar to the demagoguery of Donald Trump, as well as of his supporters in Congress we hear today. The cynicism of Richard Nixon, I feel, is sadly very similar to what I now associate with the whole Republican Party, now that they've almost totally caved in to Trump." 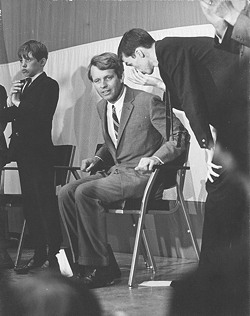 In the end, one sentence by Gaillard seems, to me, to sum up the heart of what it felt like to be young and paying attention in the '60s: "It often seemed in the 1960s that for every shimmering moment of hope, there was always a price to be paid in blood."

I asked Frye, "So considering the whipsaw effects of the constant back and forth between real progress and bloodshed, what is the decade's real legacy?"

His answer showed a certain optimism that can be hard to come across in today's political climate,

"I think we have to define it for ourselves," he replied. "I've always tried to present it as a legacy of idealism despite the forces that worked against it. And I used to think that American history was this slow, torturous march in the direction of living up to our ideals. But now, based on what we're seeing in politics today, I'm worried that maybe history doesn't necessarily 'bend toward justice,' as Dr. King put it. In any case, there's that story we can draw on, of the decade's idealism and activism, for strength and perspective if we want to. But it's also a story that reminds us of how tragic things can be and how wrong things can go if we don't work at it and get lucky too."