What is the emperor wearing? 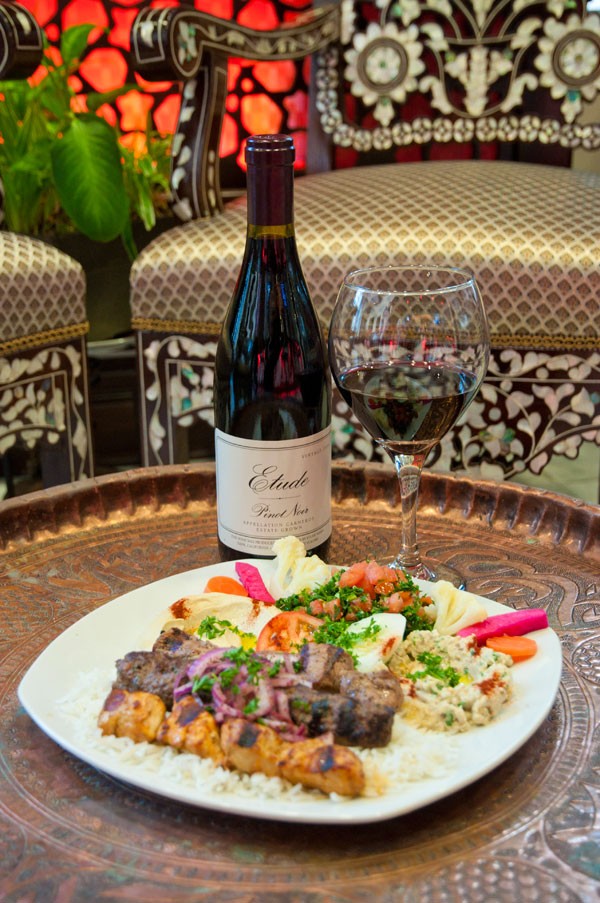 When the owner of Levant Mediterranean Cuisine announced he was opening the upscale Middle Eastern restaurant Uptown, aficionados of those cuisines were cautiously optimistic. After all, Charlotte has a storied history with Middle Eastern — euphemistically known as Mediterranean — eateries. Since 2006, four Middle Eastern sandwich shops, two markets, and three restaurants have closed.

The word Levant brings to mind the old French mandates of Syria and Lebanon. The idea of having an upscale Lebanese (arguably the best of the Middle Eastern cuisines) or Syrian restaurant is both exhilarating and worrisome. That's because if such a restaurant is not done well, Charlotteans will continue to believe that baba ghanoush should be chunky, and that falafels, hummus and kabobs are the sum total of "Mediterranean" cuisine in the same way Americans believed 50 years ago that Italian food consisted exclusively of spaghetti and pizza.

Omar Kweider, who also co-owns two popular Kabob Grills, opened the 130-seat Levant Mediterranean Cuisine in November. At the time, the menu had a variety of dishes that are no longer there. For instance, Chilean Sea Bass (not a Mediterranean fish) was there, but now the menu has no fish at all, which is conspicuously unusual for a Mediterranean eatery.

Lebanese and Syrian cuisines are the legacies of more than a dozen civilizations. The majority of dishes are composed of vegetables and fruits grown locally in the verdant Bekaa Valley, fish from the Mediterranean, honey, yogurt, cheese and, to a lesser degree, chicken, lamb and beef. Both Syria and Lebanon share a national dish: kibbeh, a finely ground lamb and bulgur mixture shaped into miniature footballs. Lamb is key to the taste, though. The kibbeh at Levant is beef.

Popular in upscale Lebanese restaurants is kibbeh nayyeh, lamb tartare. This is not served in Levant. Nor are sweetbreads. Nor any offal, which are non-traditional organ meats such as liver. Mediterranean fin fish is essential to the cuisine, as are fresh anchovies, grilled sardines and octopus. These are not on the menu either.

Hardly any of this can be found at Levant, and this is what's so disappointing. The items on the menu here are the same that could be found at a sandwich shop. In fact, if you call Levant, you will be referred to the online menu at Kabob Grill. The best of what is offered at Levant is the mixed kebab plate, perhaps the most upscale dish on the menu.

The interior is old-school Damascus with heavy wood-inlaid chairs, and an ambiance reminiscent of the old souk in Cairo. Wine is offered, but not Lebanese wines like the first-rate reds of Chateau Musar.

Admittedly, I am quite fond of Middle Eastern cuisine. I lived and worked in that part of the world, and my in-laws still do. And I can understand Levant's dilemma. Countless optimistic ethnic restaurateurs have tried to serve indigenous cuisines in Charlotte. Remember Siboney, the excellent upscale Cuban spot? Or Tango Argentina? Or the brilliant Sofram Contemporary Turkish Cuisine?

Pannu Singh, owner of the Indian restaurant Copper, told me he watched the local market carefully before opening his upscale Dilworth eatery in 2005. He waited until Charlotte had more than a dozen Indian restaurants and an Indian ex-pat community of 10,000. He's still in business.