'You'd think if Egyptians could seal up crypts that withstand thousands of years, technology of the 1960s could have at least held up for 50 years.'

In a scene reminiscent of Geraldo Rivera's much touted The Mystery of Al Capone's Vaults, an excited assembly of about 700 Charlotte history fans waited in anticipation as Mayor Dan Clodfelter talked about what the world was like 50 years ago. That was when a time capsule, unearthed this weekend, was buried at Park Terrace Theater.

Onlookers were let down just as much as Rivera's TV viewing audience was when Capone's supposed vaults were found to find nothing more than dirt and an old liquor bottle. Most of what was found inside the time capsule was a greyish mixture of sludge.

"The lead up was exciting," said Sherry Walker, a Charlotte native who now lives in Columbia, South Carolina, but had driven up for the event. "I was looking forward to seeing what pieces of history remained. Turns out there really wasn't much of anything. I don't get it. It was sealed in concrete. You'd think if Egyptians could seal up crypts that withstand thousands of years, technology of the 1960s could have at least held up for 50 years." 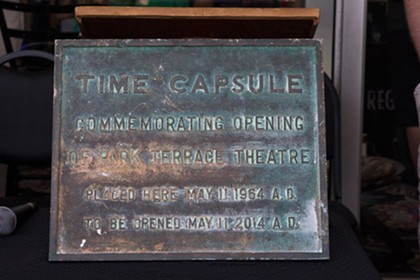 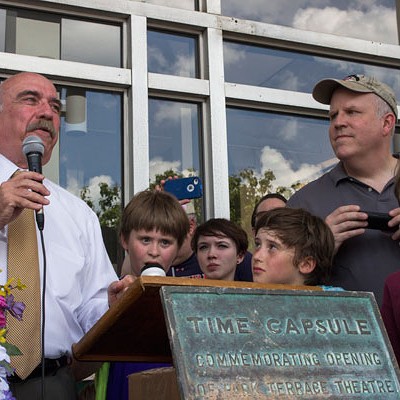 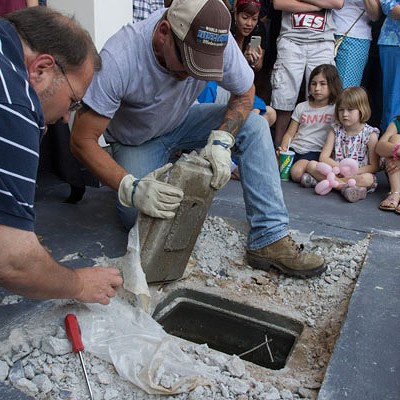 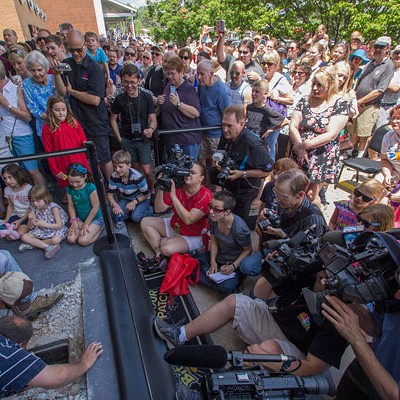 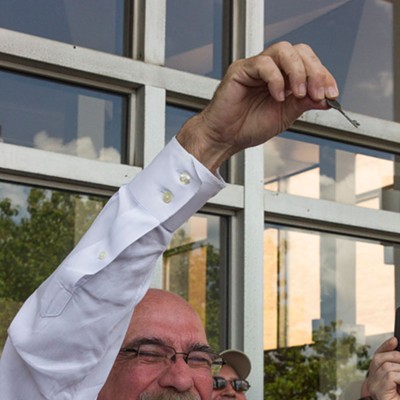 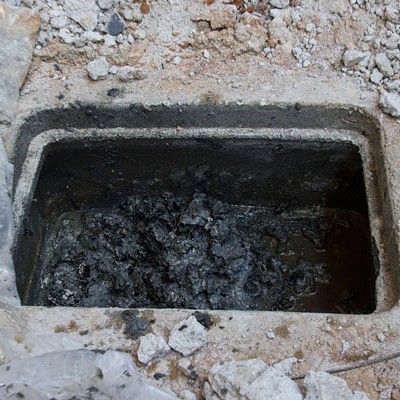 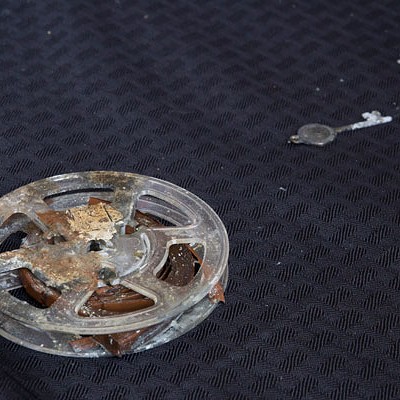 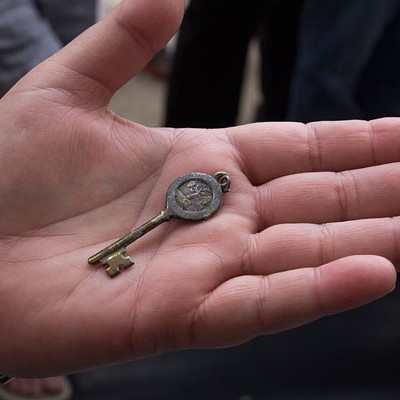 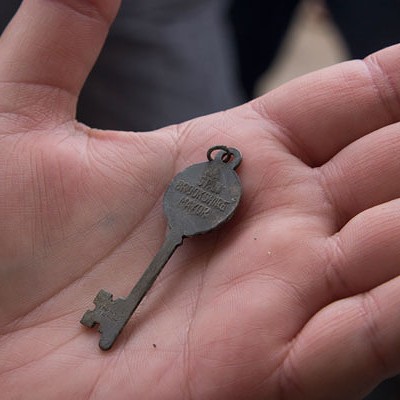 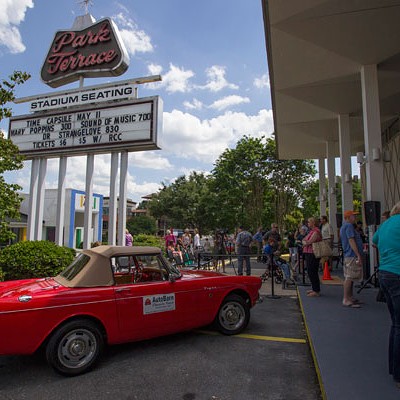 A few items that were retrieved, including a severely water damaged reel-to-reel audio tape, a small box containing a ceremonial key to the city from then-Mayor Stan Brookshire, tiny pieces of an ancient newspaper and a wire binder that had been used to hold together a notebook that had long since disintegrated.

Though no one could ever confirm the original contents of the time capsule, there was speculation that it contained a letter written from Brookshire to Charlotte's current mayor, photographs from the time the capsule was buried, a Beatles record and hand-written predictions about what life might be like for Charlotte 50 years into the future. A Terrace employee who wished to remain anonymous indicated that further excavation of the capsule is planned in hopes that more items possibly lost in the muck might be retrieved.

While the mood remained upbeat, it was obvious the crowd and Clodfelter were disappointed.

"It's too bad more didn't survive," he said.

Charles Odell was in the crowd for the unearthing and was at the ceremony during which the capsule was buried. He fondly recalled the movies he saw around the time, including Mary Poppins (not one of his favorites, he said), Voyage to the Bottom of the Sea and In Like Flint.

"There are a lot of people here today that were here that very first day," Odell said. "This is about memories and Charlotte history. It's not every day you get to see a time capsule opened."

Following the time capsule opening, Park Terrace, now owned and operated by the Regal Cinema chain, screened three films that experienced successful runs there when they premiered all those years ago. Mary Poppins and The Sound of Music, both somewhat sugary bubble-gum coated examples of popular family oriented films from the 1960s, were shown earlier in the day to coincide with Mother's Day. Slightly more risque, Dr. Strangelove or: How I Learned to Stop Worrying and Love the Bomb, a British-American black comedy staring Peter Sellers and George C. Scott that satirized the nuclear scare, which so permeated the period, followed later that evening.

Though Clodfelter was somewhat unenthusiastic about the remains found in the time capsule, he did say he felt strongly about preserving Charlotte's history.

"You've gotta know where you come from to know where you're headed today," he said, echoing the sentiments of early 20th century philosopher and poet George Santayana. "I think that's why events like this are so important. This city was a third of the size it is today when compared to 50 years ago. There are people here who remember what that time was like, and this gives us an opportunity to revisit that."

Many native Charlotteans feel that Charlotte hasn't paid enough attention to preserving its history. Clodfelter, however, feels much has been accomplished.

"All you have to do is take a look across the city at the neighborhoods from the past 100 years that are still alive and flourishing today, that's preservation."