If you’ve read some of the articles I’ve written in Creative Loafing before, chances are, you’ve read previous reports on The Richard Wearn House. I first wrote about it in a feature piece in 2012, and later followed up in this column.

For years, the house has seemingly been on the chopping block. Unoccupied since the late 1980s, it was maintained by a single surviving heir and Bank of America, until it was sold at auction to a real estate development company. 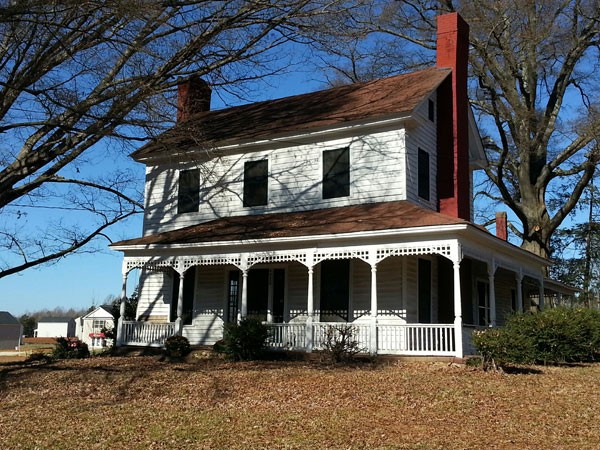 After much negotiation, it was recently purchased by Susan Ward and Doug Bradley, who made the decision to restore the home and move from their current Dilworth residence after the process is completed over the next six months.

“We read the stories in Creative Loafing,” Ward recalls. “As I was reading, I found it so hard to believe that no one had stepped up to the plate to save this incredible piece of history in Mecklenburg County. We decided to come look at the house. The back door was open, so we just came in.

“It was the stairwell that made us fall in love with the place.”

“The stairs were what really showed me how old it was,” says Bradley, who has worked on several restoration projects around the country and in Charlotte. “They allowed me to see the true age of the house, and that it was really solid. I saw this hand grime on the rail it and took a stiff brush to it. You could see the beautiful grain. It doesn’t get any better than that — this wood was handpicked to be a hand rail.” 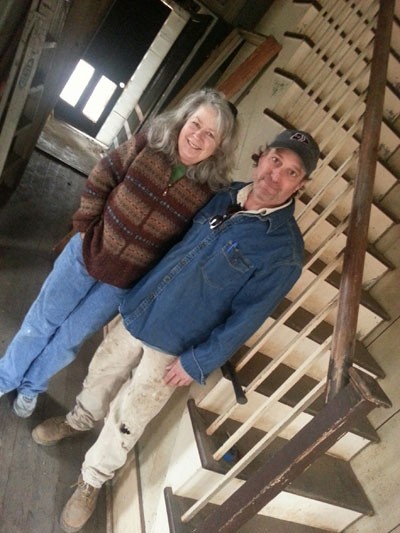 If you’re wondering why so many folks like myself and Dan Morrill of the Charlotte Historic Landmark Commission have gone to bat for this house, here’s a quickie condensed history recap: The house was originally built in 1844 by Richard Wearn, who with his wife Henrietta Thompson immigrated to the U.S. from Scotland in 1823. Wearn spearheaded much of the first U.S. gold-mining efforts and the eventual decision to locate a U.S. Mint in Charlotte in 1837.

In the latter decades of the 19th century, the Wearn House passed through multiple owners, but by the early 20th century, it landed in the hands of Mary and Edward Hayes, who operated a botanical nursery on the property. Following the death of the elder Hayes, sons William and Edward Jr. continued living in the home for many years. Edward died in 1983, and William moved out of the house in 1989. He died in 2006.
With no more surviving heirs, Bank of America auctioned off the massive piece of property and the house to the real estate development company Magnolia Acres LLC, for a reported $1.5 million.

At the auction one of the bidders was overheard talking about the house as being nothing more than “a tear-down.”

That prompted me to write about it several times, put together a Facebook page and attempt to rally several Westsiders to let the city know how many people wanted to see the house saved.

Ward and Bradley, who are undertaking the restoration process themselves, have a major task before them. Despite the fact the structure is resoundingly sturdy, it has been modified many times over since it was originally built.

“Whatever we do has to go through an approval process with the Commission,” Bradley offers. “Right now we’re just kind of picking through the layers and sifting through what has been done to the house over the years, and the Commission knows that.

“There was plaster done over the wood beams, and it was done well, probably sometime in the 1920s. But it wasn’t in keeping with the original period of the house. Then later they added this cardboard wall covering.”

Their enthusiasm about the house and the area of town is bordering on contagious.

“I grew up in Charlotte,” Ward explains. “But I never knew much about the west side of town. It’s great over here.”

“Most people wouldn’t be able to come in and do this themselves,” he says. “They’d have to hire someone to do it, and usually have more done than you need to. You don’t really wanna have somebody else come in here and do it because you don’t wanna take it all off. You just wanna kinda explore and poke as you do it.

Ward points to a fireplace in the main parlor. “It was a larger fireplace, but over the years they kept making it smaller. You can see the original brickwork here.”

“And we’ve found a lot of the original wood trim work upstairs in the attic.” Bradley chimes in.

Clearly, the two are in their element and thrilled to be saving a significant part of Charlotte history. Because of their efforts, those of commission members and other residents speaking out as advocates, a happy ending to this ongoing story is finally in sight and the Wearn House will continue to stand as a landmark for Charlotte and the city’s west side.