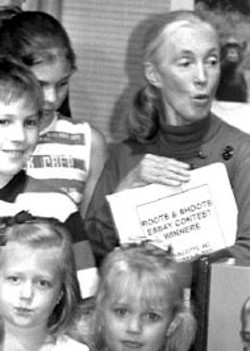 City government is adamant about building a new arena downtown. Among the supposed benefits would be a substantial addition to Charlotte's existing, downtown entertainment district, complete with thriving new businesses like restaurants, retail and nightclubs. But according to entertainment entrepreneur Noah Lazes of Ark Management, that might not be the outcome, due to the high cost of development near the proposed sites.

Lazes says the only way the city can, in fact, have a downtown entertainment district is if there's available real estate. The promoter, who is activly pursuing the development of an outdoor amphitheater and urban entertainment park in close proximity to the proposed arena, owns available acreage which he's offered to donate to the city for an arena. But it appears that the city is passing on his offer.

"Our pitch was to move the arena over to the site we're trying to develop," he says. Lazes' project involves nearly 50 acres bounded by I-277, Elmwood Cemetery and vacant fields. "It doesn't look like that's going to happen at this point, so we kind of backed off because everyone seems hellbent on having the arena within a few blocks of the Square," he says.

According to Lazes, however, that area's high property values would make it a difficult place for new businesses to be developed. "How are you going to develop restaurants and nightclubs around it for $3 million an acre, which is what they're paying for the land right now? Imagine what it will cost four years from now.

"That's why in most other cities you don't see these cool entertainment districts pop up in the center of downtown because those are usually the office districts and it's just too expensive to develop," he continues. "It's interesting to me that we have almost 50 acres inside the inner loop in the downtown pedestrian traffic area that's ready for that type of development, and it can be done much more economically."

Lazes also points out that his site already has access to 270,000 square feet of building space -- older, historic buildings that he considers perfect for development. But since the city didn't bite at his offer for the arena, Lazes has moved on to another idea: baseball.

"We think baseball is the perfect anchor for our project. Baseball, unlike an arena, is typically more neighborhood friendly. A lot of people have fond memories of baseball when it was over in the Dilworth area years ago, and it's a real nice anchor for an entertainment development.

"We're heavily pursuing the possibility of putting baseball there in conjunction with an amphitheater and an entertainment district," he adds. "But the key now is access. The city has got to make a move and allow us to open up the access. You have to be able to get in and out of there and right now that's tough to do."

Lazes says the city leaders he's met with seem willing to discuss the possibilities for new roadways. And his plan doesn't stop at the ballpark.

"Everybody keeps talking about an uptown park," says Lazes. "What about an urban entertainment park where you have all this development going on with an amphitheater, baseball stadium, outdoor park and lots of green space. We could figure out a way to tie that into our whole Greenway system (which terminates near Elmwood Cemetery), and you've got something really interesting now. You've got something that could serve as the cornerstone or gateway to our city. Anyone traveling on I-77 will see it. It could serve as a marketing tool for our city just by the nature of its location."

For more on uptown entertainment options and owners' relationship with the city, see the music story by Tim Davis in this issue.