From infamy to diversity 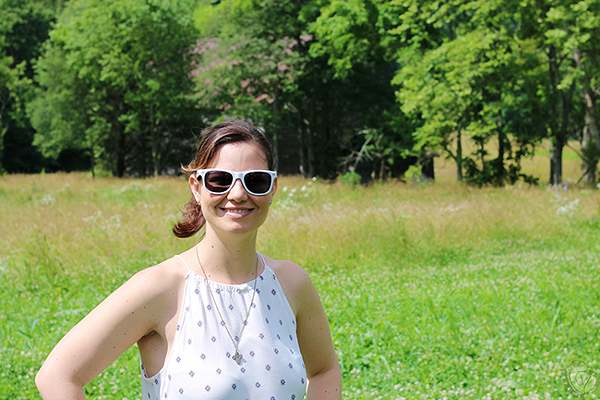 Even today, Vardy Valley is remote, according to Charlotte historian Heather Andolina. Situated in Hancock County, in northeastern Tennessee, the narrow valley can only be reached via a series of hairpin switchbacks on State Highway 63. Andolina, the senior museum assistant at Wells Fargo History Museum in uptown Charlotte who holds a masters degree in History from Winthrop University, has made the trek to this isolated sliver of Appalachia because it's the ancestral homeland of the Melungeons, a group of mixed-race mountain folk who for much of their existence have borne the brunt of racism and discrimination.

The title of the documentary that Andolina and her brothers Jacob and Andrew Gillen are currently producing about Melungeons, Infamous Characters, Notorious Villains, reflects this shameful history.

"My brother was thinking that would look great on a T-shirt." Andolina remembers. "I said, 'Andy, that's the title of our documentary!'" 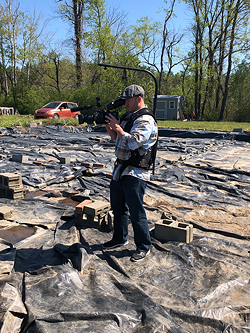 One focus of the documentary is the Melungeons' origins, which remain shrouded in mystery and speculation. Depending on the story, Melungeons, who are also found in parts of southeastern Kentucky, western Virginia and western North Carolina, are descended from the survivors of the lost colony of Roanoke, Angolan slaves brought to Jamestown in 1619, or members of an ill-fated Spanish expedition to find an overland route to Mexico.

Some even claim Melungeons are one of the lost tribes of Israel, Andolina says, but few take that particular theory seriously. Clearly, the story of these once-obscure people is a boon to a history buff like Andolina, but her quest for knowledge is also fueled by personal reasons. Andolina believes that her family is descended from these once criminalized and reviled people who are now experiencing a rebirth and rediscovery.

"It all started when we learned my grandmother had a rare blood disease," Andolina says. Maxine Partin was diagnosed with polycythemia vera, in which the body makes too many red blood cells, causing clots to form easily. The family was concerned the disease was hereditary. It turned out it isn't, but curiosity led Andolina and many of her relatives to take a DNA test. The results were surprising for a family that had long considered itself mostly white.

"My grandmother had light mocha skin color, and she was always told that there was Native American blood in our family tree," Andolina says. "She had a teacher tell her that she was ugly because of the color of her skin made her look dirty." 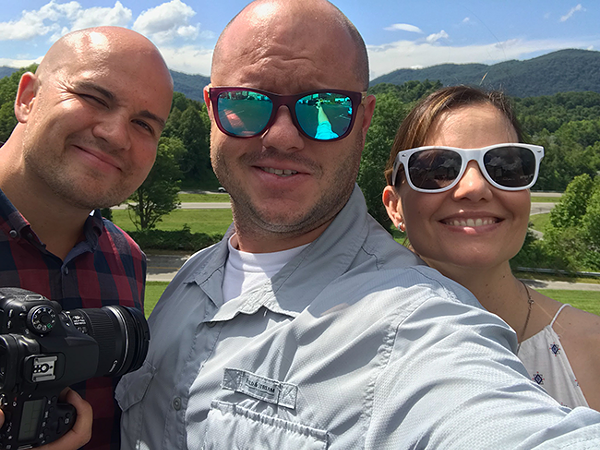 Andolina's family's DNA tests turned up the expected Native American ancestry — and much more. Evidence of African, Middle Eastern and Southeast Asian, as well as European ancestry turned up. It was then that Andolina recalled hearing her mother and her cousin discussing a group of mixed-race mountain folk. It was the first time she heard the word Melungeon.

It turns out there are certain surnames associated with Melungeons, and one of those names, Gibson, was the last name of Andolina's great-great-grandfather Jesse. After tracing her ancestors to neighboring Claiborne County in Tennessee in the 1830s, Andolina can place her family in Vardy Valley in Hancock County by the early 1850s.

"In the early 1800s two gentlemen by the name of Vardemon Collins and Shepard Gibson established a settlement for Melungeon people in that valley, " Andolina says. "The Vardy Valley is named after Vardemon."

In that remote corner of Appalachia, the Melungeons may have escaped some of the discrimination they encountered elsewhere, but the living was still hard.

"Because of their mixed ethnicity Melungeons were not allowed to attend the white schools," Andolina says. Happily, a Presbyterian group came to the valley, Andolina says, where they built a church in 1897 and a school for the children of Vardy in 1902. The school closed in the 1970s and collapsed in the early 2000s. Andolina and her brothers shot footage of the school's ruins for their documentary, and they also filmed interviews with elderly Melungeons who attended the school before it closed. Two of them, Troy Williams and DruAnna Williams Overbay, have fond memories of the institution, which they say provided them with opportunities, Andolina says. 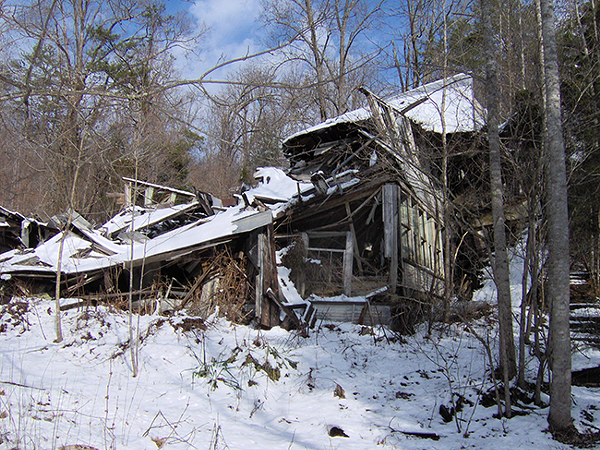 In addition to shooting in Vardy Valley and nearby Newman's Ridge, Tennessee, the compact documentary crew has shot in Morganton, at Big Stone Gap, Virginia and in Beaufort, South Carolina. Big Stone Gap is where the Melungeon Heritage Association holds its annual conference, Andolina says.

The MHA is an organization that brings together people who are either interested in the Melungeon story or are of Melungeon descent. Morganton is key in determining the origins of the Melungeon people, Andolina says, because it's the location of the Berry archeological site. To understand the importance of the Berry site, it's necessary to turn to another one of the crew's shooting locations: Beaufort.

Pardo set off from Santa Elena and ventured into the interior of North America, going through North Carolina and Tennessee. Along the way, he established five forts. The most important one, Fort San Juan, was established next to a bustling Native American village called Joara. Today we know the location of the village and the fort as the Berry site in Morganton. (Spoiler alert: Juan Pardo never made it to Mexico.)

"We interviewed Dr. David Moore, the lead archeologist at the Berry site, for the documentary," Andolina says, adding that one of the most likely Melungeon origin theories posits that Pardo's men interbred with Native Americans in and around Joara. The theory explains some of the ancestry found in the DNA of Melungeons, but Andolina stresses that to understand the background of any mixed-race people, we need to realize that Western Europe has never been the all-white society we've often been led to believe. Throughout their history, Melungeons often referred to themselves as Portuguese, Andolina says, to avoid the stigma of having African-American ancestry in their bloodline. They may have been more accurate than previously thought.

Many European explorers and settlers came from diverse bloodlines, Andolina says. The Moorish invasion of Spain, Portugal, Italy and France in the eighth century introduced African ancestry to European bloodlines. Starting with the Crusades of the 11th century, Turks and Arabs brought Middle Eastern and near-eastern DNA to the genetic melting pot. In their journeys beginning in the 15th century, Portuguese and Spanish explorers encountered and intermixed with people from Africa, India and Southeast Asia. As a result, many western "white" Europeans were mixed race long before they set foot on North American soil. Once they were in the new world, the Europeans' family trees were crossed with African and Native American ones.

If Infamous Characters, Notorious Villains can be cast as a detective story to discover the roots of Melungeons, Andolina points out, it may be a mystery with multiple solutions. 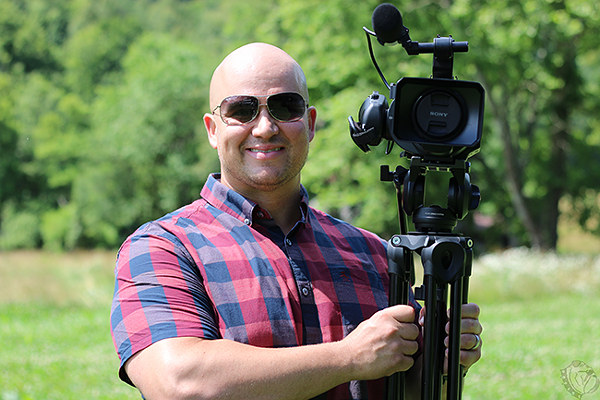 Given the scope of the Melungeons' story, Andolina and her brothers are currently crowd-funding to give their documentary a bigger look and a broader palette. Their Kickstarter campaign has a base goal along with four stretch goals, ranging from $10,000 for basic post-production to $100,000 for an expanded crew, audio and image sweetening, and a representative to lock down distribution deals. As production continues, they have presented their work-in-progress to the Mecklenburg Genealogical Society on June 11, where it was enthusiastically received. A similar presentation is planned for the Cabarrus Genealogy Society in October. With President Trump in office and the white supremacist movement on the rise, the subject matter of Infamous Characters, Notorious Villains has never been more relevant, Andolina maintains.

"Race is really an invention," she says. "The idea that America is white America is just not true. We've been mixed from the get-go, a mosaic of cultures." Andolina points out that America's past is entwined with diversity and its future will be even more diverse.

"If you look at human history," she says, "you see that it's a story about migration."