About a month ago, the North Carolina Department of Environmental Quality made an announcement during a ceremony at its Raleigh office, hauling in well-meaning environmental justice advocates from around the state to help announce a newly formed environmental justice board while posing for a photo op. And then the shit hit the fan. Kinda.

The DEQ press release read: "The scope of the Environmental Justice and Equity Advisory Board is to assist the Department in achieving and maintaining the fair and equal treatment and meaningful involvement of North Carolinians regardless of where they live, their race, religion or income with respect to the development, implementation, and enforcement of environmental laws, regulations, and policies."

"Since his appointment to Gov. Cooper's cabinet as secretary of the Department of Environmental Quality, he has made seeking out strong advisors like those on the board a priority," Thorpe said.

So, we have another board. We must have thousands of boards and committees and whatnot dangling from every level of government in this state — so many that it's become a joke among those paying attention, because everyone knows boards have little, if any power. Nonetheless, after a year and a half in office, Regan has a hand-selected board to do ... what exactly?

That remains to be seen. At present, the board doesn't have a mandate and there are no follow-up meetings scheduled, though board members agreed to meet four times a year. According to Thorpe, everything else is up to the board — its mission, its schedule, everything. Basically, the board's job is to advise Regan, and that is all.

Still, said Steve Copulsky, chair of the Sierra Club's North Carolina chapter, "We're optimistic about it. Environmental problems can frequently affect minority and low-income communities who may not have the political clout to fight it.

"Statewide there are a lot of issues," Copulsky said, pointing out that residents living near some of Duke Energy's coal ash waste impoundments are still managing life with bottled water roughly three years after DEQ warned them not to drink their well water due to heavy metal contamination.

For what it's worth, the board member from Charlotte is more than qualified and already well known for standing up for causes he believes in. Rev. Rodney Sadler's views on social and environmental justice are clear; you are as likely to find him at a protest following a police shooting as you are to find him preaching about the benefits of renewable energy.

Sadler, a Presbyterian minister, is a former director at the Office of Black Church Studies at Duke University Divinity School and a former assistant project director at Congress of National Black Churches. He is an associate professor of Biblical Studies at Union Presbyterian Seminary and the vice chair of the Charlotte Clergy Coalition for Justice, perhaps better known as the "pastors at protests." Said Copulsky, "Rev. Sadler is a great choice."

Regarding his new position on Regan's board, Sadler said, "I hope we can shape decisions and begin to form policy at the grassroots level that influences the highest levels of government in North Carolina."

He added that he wouldn't be involved if he thought the board wasn't going to accomplish anything. "I really don't need busy work that will be non-productive," he said.

Sadler said he is ready to listen to citizens: "I want them to tell us, 'This is how we are impacted' by ... the two pipelines on our plate, climate change and renewable energy. All of those issues are on our radar." 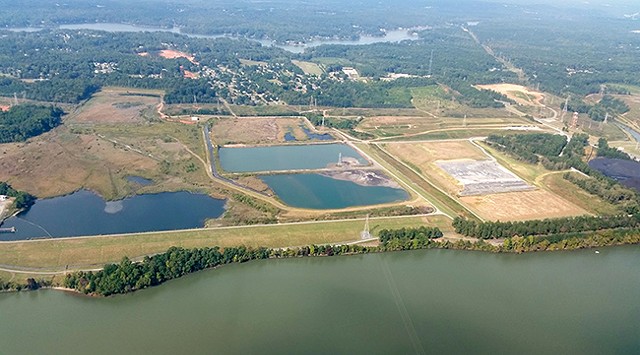 But then, on May 15, before the board could collectively blink, let alone get any work done, a group of North Carolinians filed a federal civil rights complaint against DEQ — a Title VI complaint with the U.S. Environmental Protection Agency's External Civil Rights Compliance Office. The complaint involved the Atlantic Coast Pipeline, a Dominion Energy project that will stretch from West Virginia to North Carolina.

"The Environmental Justice Groups, community groups and their allies, brought a Title VI complaint against the state agencies for issuing the permits allowing the ACP to proceed," attorney John Runkle said. "Many of the families along the route felt cheated in that agencies did not follow laws requiring them to consider the impacts of the pipeline, its blast zone, and evacuation zone on African-American and Native American communities and on low-income communities. The communities will have all the problems and a private company makes big profits."

When asked for his thoughts on DEQ's new board, Runkle said, "I would let the new EJ Board know that state agency decisions deeply affect the lives of families along the proposed route. The board's responsibility should be to give a voice to those who don't have power."

Addressing Runkle's complaint, Thorpe said, "DEQ conducted an extensive public outreach in communities along the ACP route. The public input we received allowed us to strengthen our decisions within the scope of our authority."

Then, as if responding directly to Runkle's comment above, DEQ scheduled important community meetings regarding the coal ash issue.

However, the department did so in such a way that induced members of the Alliance for Carolinians Together (ACT) Against Coal Ash to issue a public letter announcing that it would be boycotting the meetings, taking issue with meeting locations and the department's apparent lack of outreach to advertise them. 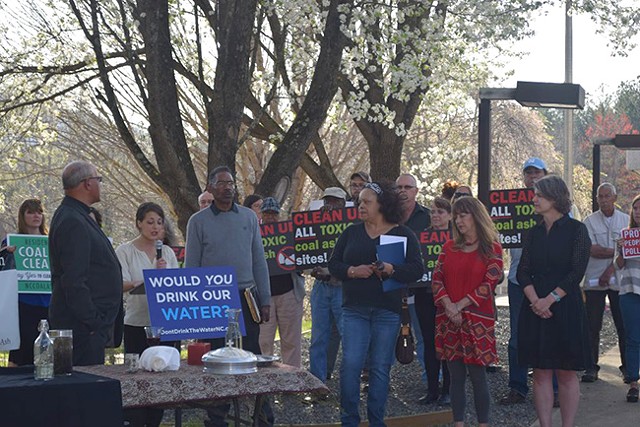 The letter reads, in part, "We appreciate your attempt to hear from impacted community members ... we agree that hearing voices from our impacted communities is necessary for DEQ to determine the proper handling of Duke Energy's toxic coal ash waste. However, it is unacceptable that the agency failed to ensure that community members were fully aware of these important meetings. Additionally, choosing a meeting place for the Belews Creek and Buck Steam Station meeting that's 45 minutes outside of both communities — an hour after community members get off work — is likewise unacceptable."

ACT's press release explains that the group had met with DEQ officials in March and at that time, "... one of their concerns was inadequate noticing of a public comment meeting about the rule," said Ridge Graham, Appalachian Voices' North Carolina field coordinator. "Several layers into DEQ's website is a page including public notices apparently signed on April 20 for the two meetings. None of the citizens and concerned groups who track these issues carefully saw the notices on the website until late last week. Further, community members say they received no emails or mailed letters from DEQ, despite the fact that the agency has their contact information, nor did they see any notices published in local papers."

Deborah Graham, who lives near the Buck plant, said DEQ needs to think about the people it is targeting.

"The people who are truly affected are older, they don't have internet, they don't get notices, there's nothing in our local paper or on local TV about this hearing," she said. "It feels like they don't want public input."

DEQ did not respond to a request for comment on the meeting boycott.

It's been a couple years, but it's worth mentioning that Duke Energy's Belews Creek coal ash attracted the attention of the U.S. Commission on Civil Rights. During a hearing with that federal commission, where DEQ staff vowed to consider environmental justice issues in its decisions going forward, USCCR chair Martin Castro, said, "There's something wrong with the system, and we need to figure out how we can change that system. So what we're promising you is that we're going to come up with some strong findings and recommendations and then we are going to advocate for them. So you will have an advocate, not only here but in Washington."

The USCCR issued its report for Congress and then-President Obama months before the end of his second term and found that, indeed, environmental justice is a major concern across the country, including in Belews Creek. It also found that the EPA's Civil Rights division is not doing its job and that, basically, these issues are left to fester.

And that's it. The commission moved on, the administration changed and now the Trump EPA is moving to roll back its coal-ash rule among many other Obama-era environmental regulations. So that Title VI complaint? Don't hold your breath.

As far as how effective DEQ's Environmental Justice and Equity Advisory Board will be, only time will tell. If nothing else, at least it has Rev. Sadler to help steer the ship.