Things to do as 2017 approaches 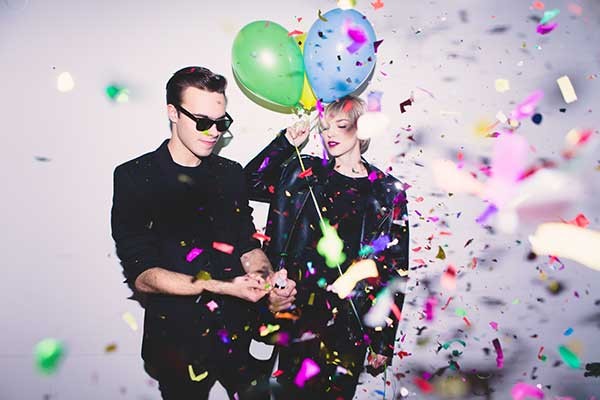 Every New Year's Eve people rush to figure out what they want to do. Usually the choice is between doing it big out on the town or staying indoors — preferably at a house party. No matter what you choose, just remember to drink responsibly (if you do at all). It's ok to go into 2017 with a hangover, but you don't want to go into the New Year with a record. We've put together a list of some New Year's Eve parties happening in the Charlotte area. Scan the list for what appeals to you the most — whether it's the usual drinking intensive shenanigans or something new — because as we all know, new things are always popping up in Charlotte.

New Year's Eve at The Imperial: One of the newest editions to Uptown's newly dubbed "Northend Station Corridor," is The Imperial. The lounge will be offering a '50s themed black tie party with live jazz and a DJ on the roof. $25 in advance and $40 at the door gets you light hors d'oeuvres and a champagne toast at midnight. VIP tickets also available. Dec. 31, 9 p.m.-2 a.m. The Imperial, 300 N. College St. imperialclt.com.

Amos' Final New Year's Eve Show: As you've probably already heard, Amos' is closing its doors next year. This will be the final chance you have to spend NYE in the concert space that opened back in 2000. The night kicks off with Cassette Rewind, a Charlotte-based '80s cover band, and continues with Gump Fiction, a local '90s cover band. Nostalgia at its finest, right? $15-$20 at the door. Dec. 31, 8 p.m.www.amosfinalnye.com.

4th Annual Southern Skyline Grand Ball at Le Meridien: 2016 was a good year for Le Meridien. They opened City Lights Rooftop and were even named Charlotte's "Best Rooftop Bar" by CL in our Best of Charlotte issue. The all-inclusive celebration is a classy option and damn it, we know the craft cocktails will be delish. Book a room and do it big with the comfort of a nearby bed. Dec. 31, 9 p.m. to 2 a.m. Le Meridien, 555 S McDowell St. southern-skyline.com.

New Year's Eve at Tilt on Tryon: The $60 all-inclusive party package includes party favors and a champagne toast at midnight. That's not to forget a dance floor and a bar stocked with plenty of alcoholic bevs. Tickets at eventbrite.com. Dec. 31, 9 p.m.-2 a.m. Tilt on Trade, 127 W Trade St.

New Year's Eve Fiesta at Strike City: Why not spend your NYE on the lanes? Bowling is fun, even if you can't seem to knock down any pins. Maney from KISS 95.1's morning show will be the host of the party. $10 admission, VIP bowling lanes available, and champagne toast at midnight. Tickets at eventbrite.com. $10 and up. Dec. 31, 11 p.m.- 2 a.m. Strike City, 210 East Trade St.

New Year's Eve at Snug Harbor: Why not roll in the new year supporting a local music venue and live music from local bands. Andy the Doorbum, Jaggermouth, and Sinners & Saints will be performing. This is going to be good and admission is only $10. Dec. 31, 10 p.m. Snug Harbor, 1228 Gordon St. 704-561-1781. snugrock.com.

New Years Eve at Triple C Brewing Company: The brewery will be open regular hours (12 p.m.-9 p.m.). A food truck, Go Go KU will be onsite. If you can't make it out to the brewery on New Year's Eve, try hitting up the brewery in 2017 (although they'll be closed on New Year's Day). Bigger and better things are in store for the brewery in 2017. There's slated to be a new event space and a new seven barrel brew house that will help them to expand beer selections and batches. Dec. 31, 12 p.m.- 9 p.m. Triple C Brewing Co., 2900 Griffith St. triplecbrewing.com.

New Year's Eve at Fitzgerald's Irish Pub: All-inclusive party includes top-shelf liquor, beer, wine and champagne, a breakfast buffet, music from a DJ, party favors, a champagne toast at midnight and free parking at the Wake Forest Parking Garage between 5 p.m. 3 a.m. with validation. Though you shouldn't be driving if you're hitting up the bar. Fitzgerald's Irish Pub, 201 E 5th St. fitzgeraldscharlotte.com.

The Avett Brothers at Bojangles' Coliseum: Last year the popular Americana band played in Greensboro, but this year they're closer to home. $58 and up. Dec. 31, 8 p.m. Bojangles' Coliseum, 2700 East Independence Blvd. bojangles.coliseumcharlotte.com.

New Year's Eve on the Rooftop at The Pump House: This new Rock Hill restaurant is probably going to put on one hell of a party. Not a crazy party, but a classy one with wines, craft beers and specialty cocktails, heavy hors d'oeuvres (including a raw bar), party favors, a champagne toast and live music all night long. $79 – $129. Dec. 31, 9 p.m. -1a.m. Pump House, 575 Herrons Ferry Road, Rock Hill. 803-329-8888. rockhillpumphouse.com.

New Year's Eve at Kennedy's: This longtime Elizabeth establishment is throwing a NYE party that includes all the usual suspects...there will be drinks, party favors and a champagne toast at midnight. Tickets at eventbrite.com. Dec. 31, 9 p.m.-2 a.m. $45. Kennedy's, 366 N Caswell Road.

0017 James Bond New Years Eve Celebration at Renaissance Charlotte SouthPark: The hotel is offering overnight package for $425. It may sound like a lot, but it also includes a lot. Overnight accommodation, two tickets to the party cocktail hour, a four-course dinner, live music, a photo booth, a champagne toast at midnight and breakfast for two the next morning. Dec. 31, 7 p.m.-12:30 a.m. Renaissance Charlotte SouthPark, 5501 Carnegie Blvd. renaissancecharlottesouthpark.com.

Su Casa New Year's Eve Party at Petra's: The folks that host this regular nightlife event are taking things up a notch for the NYE shenanigans. There will be DJs spinning music all night and more is slated to be announced soon. Dec. 31, 9 p.m.-2 a.m. Petra's, 1919 Commonwealth Ave. 704-332-6608. petraspianobar.com.