No rest for the prolific: Between the Buried and Me

Prolific songwriting often suggests a certain musical simplicity and thematic directness. It's the domain of garage-rock stompers and volatile punks exorcising whims and committing them immediately to tape. Composing multi-part songs that usually stretch beyond 10 minutes and function as conceptual chapters within even larger pieces, logic would suggest, takes a little more time.

Raleigh's Between The Buried And Me provides the exception. Since forming in 2000, the band has never let more than two years lapse without releasing something. If you count a covers collection, The Anatomy Of..., released in 2006, a live album, Colors Live, from 2008 and last year's lengthy three-song, 30-minute EP, The Parallax: Hypersleep Dialogues, then BTBAM will be releasing its ninth album this fall. 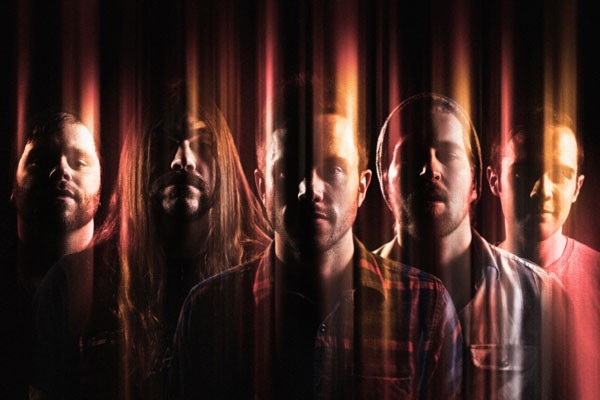 Add to that two side-projects — frontman Tommy Rogers' brooding pop project Thomas Giles and bassist Dan Briggs' jazz-fusion Trioscapes — both of which released material of their own within the past year, and it's quickly apparent that the 12-year-old progressive metal band is at a peak of productivity.

Somehow it hasn't taken away from the band's touring activity. Since its emergence from the early-'00s metalcore scene, when the group would tour with bands such as South Carolina's Stretch Arm Strong, to more recent travels with death metallers Children of Bodom or prog giants Dream Theater, BTBAM has managed to define its own sound between the borders of metal's many micro-niches.

The band returns to Charlotte on Aug. 3, co-headlining the Summer Slaughter Tour at Amos' Southend with perennially brutal death-metal icons Cannibal Corpse, and an all-you-can-bear buffet of bludgeoning, guttural death metal from the likes of Exhumed, Goatwhore and Job For A Cowboy. Rarely has BTBAM's black-sheep status been so pronounced.

"That's the fun thing," Rogers says. "We've done so many different kinds of tours. We used to kinda get nervous about that stuff, but what's really been proven over and over, over the years, is it seems like we can sort of be accepted everywhere."

With that confidence, the band has assembled a wide-ranging set-list, incorporating songs from the sprawling album Colors from 2007, the prog-heavy The Great Misdirect released in 2009, last year's EP, and even a new song. "We want to show people who we are, not have a set that caters to the bands we're playing with," Rogers says.

Still, with The Parallax stripping away some of BTBAM's more expansive and melodic detours for a relatively direct tech-metal approach, it's not unreasonable to anticipate a heavier, more streamlined Between The Buried And Me. It's not unreasonable, but it's not correct, either. The EP actually functions as a preface for the band's new album. The Parallax II: Future Sequence, which will be released on Oct. 9, spans 72 minutes and promises more drastic stylistic shifts. "With the new record, we definitely have a lot more melodic stuff and a lot more mellow parts and moments to kind of relax and not be pummeled to death," Rogers says.

But with the new album now in the hands of the label, Metal Blade, touring's just one more way to stay productive. "The other day, when it was finally done, it's kind of a weird moment," Rogers admits. "You're excited that it's done, but at the same time you're like, 'Okay, everything's done. And now I just have this CD' — I guess it's a digital copy now for a lot people — and that's that. I kinda want to keep working on something."

Between the Buried and Me with Cannibal Corpse, The Faceless, Periphery, Veil of Maya, Job for a Cowboy, GoatWhore, Exhumed, Cerebral Bore. $25-$30. 2 p.m. Aug. 3. Amos' Southend. www.amossouthend.com.