Been to the mountaintop 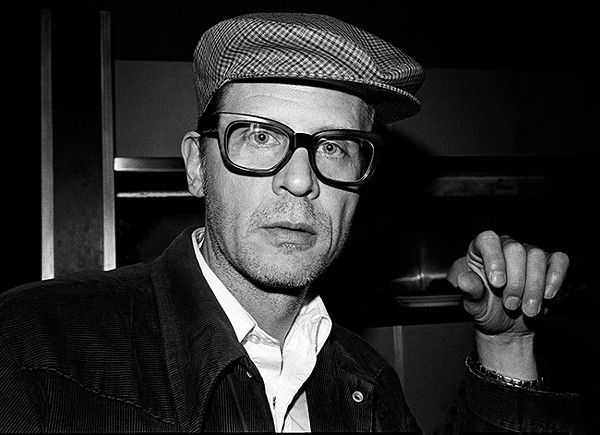 Jim Herrington has been on what he calls an endless book tour for The Climbers, his photographic collection of the icons of mountaineering. So it's somehow fitting that when Creative Loafing reaches Herrington by phone, he's in the mountains of North Carolina, trying to get a signal.

"I seem to be in a good spot now," Herrington says. The Salisbury-born and Charlotte-raised photographer's statement can be taken several ways. One is that we obviously have a clear signal for our conversation — at least until the call drops and Herrington has to hike further up a mountain path to reconnect. Another interpretation is that Herrington is in a cool location that is rich in North Carolina history. He's visiting a friend at the Penland School of Crafts, an education center founded in Spruce Pine in 1929.

"It's a kind of commune where they do photography and various crafts," Herrington says. "There were a lot of progressive establishments and experimental communes like [Penland] that started up in these mountains in the 1920s and 1930s." 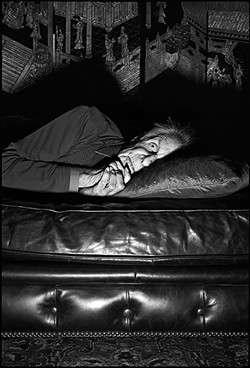 It seems the '20s and '30s fascinate Herrington. It was his interest in that same period in the mountaineering field that pulled him away from his main gig of photographing famous musicians, and launched his international journey more than 20 years ago, a jaunt that culminated in The Climbers. Released last October, the volume has garnered positive reviews from Outside Magazine, The Wall Street Journal and BBC World News.

On May 24, Herrington comes to the Light Factory, where he will present a slideshow and talk about his book, which also represents a labor of love for the long time photojournalist and mountain climber. But first, Herrington talks with Creative Loafing about how a trio of passions – photography, music and mountain climbing – took him around the world, and for one night at least, back to Charlotte.

Creative Loafing: What drew you to photography?

Herrington: I think everybody's pretty visual when they're young. Growing up in Salisbury in the 1960s there weren't that many visuals, but we had some old Life magazines from the 1930s and 1940s laying around. Seeing those graphic, stark black and white images captured my imagination — pictures of Antarctica, Paris and Brigitte Bardot. I was five and six when I saw those magazines and got turned on by those visuals. Later on I figured out that someone was taking those pictures. It seemed like the life I wanted to live — see interesting people, places and things, and get paid to do it. It's giving your personal interpretation of things. It's art reportage. I started studying the great photographers and the arts side of it. So I had to get my hands on a camera as soon as possible. I started using my parents' camera when I was 8 or 9. I got a Kodac Instamatic when I was 10 or 11, and then I got a 35-millimeter when I was 13.

You started your career by photographing musicians like Keith Richards, Dolly Parton and Merle Haggard. How did that happen?

I was lucky to grow up with parents who had excellent taste in music. My mom was into rock 'n' roll, soul and Motown. My dad was into big band music and bluegrass. I grew up loving music and getting into it from a very early age. Then Benny Goodman came to town when I was 13, and Dad asked if I wanted to go. I think it was at the Charlotte Convention Center downtown. I went with my 35-millimeter camera and took what I now consider to be the beginning of a massive project, which was documenting the legends of music. [Based on] my personal taste, these are people that I think are relevant and important –people either playing or influenced by some kind of American music – whether it be R&B, jazz, rockabilly, country, rock 'n' roll, or some spin off. 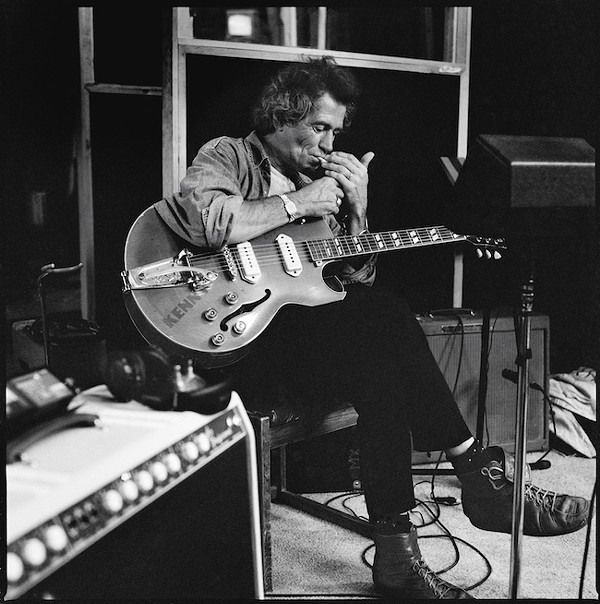 How did you go from photographing musicians to mountain climbers?

It seems like everything got formed in my life when I was quite young. In the old Life magazines, I saw these photos from the 1930s and 1940s of people holding ice axes up on the summit of the French Alps or the Himalaya. Just like with photography, I immediately saw a thing that I wanted to do. I had a lot of physical energy, but I wasn't interested in sports. Climbing seemed like something that involved science, romance, arts, literature, adventure, travel, craft and skill. I was a climber from the first time I saw a picture of someone climbing. I just had to find some people to do it with.

When I get into something, I get into its history: Who did it first? Who did it best? Who are the masters? By the 1990s, The Sierra Nevada Mountains had become my favorite place in the world to climb, my home away from home. I realized there were still a couple guys alive who had climbed in the 1920s in the Sierra Nevada. I met these people and photographed them. That was 20 years ago. I had no idea that it would turn into this two-decade long project and a book. I was interested in people that came before me and I started climbing in 1975, so I ended up picking the mid-seventies as the cut-off point, and the 1920s at the beginning. I created this self-defined golden age of climbing which was the 1920s through the 1970s. Things changed in the 1970s. More people started climbing. You were able to get rescued easier. The gear improved. If you look at the 1920s through the mid 1970s; there is still not that many people in the world climbing, and they're using rudimentary gear. 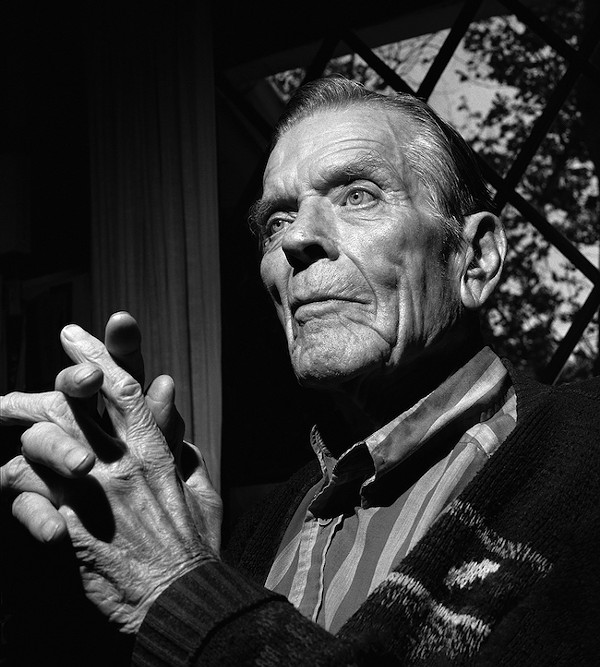 If you look at the early rock 'n' rollers in photographs those guys were very much outsiders. Playing rock 'n' roll in 1955 was as weirdo as you could be. And being a mountain climber in the 1930s and 1940s was the same thing. It was misunderstood, and done by a tiny slice of the population. It was a punk rock, under the radar, outsider thing to do.

It looks like you capture these men and women in casual moments. These are not obvious heroic portraits.

These were not photo shoots organized by a magazine. The whole thing was self-funded until the very end when I got a book deal and got some money to finish it. Until then I was doing all of it — calling people and sending them letters. A lot of this happened before the internet took off. I would end up in Italy going up to somebody's door. It was a big adventure doing it with a very thin budget. I missed some people because they died and I just didn't have the money or the time to find them or get to them. I really wanted the oldest ones from the 1920s and 1930s and the clock was ticking louder and louder.

Were some of these people surprised that you tracked them down?

Some of them may have feigned surprise. Climbing is a literate activity, especially for the older generations. If you go to any climber's house, they've all got great bookcases full of great writing from the Victorian era of climbing and from the turn of the century. So they know the value of books like mine. When they figured out what I was trying to achieve, they were usually game to do it, and happy to be included. 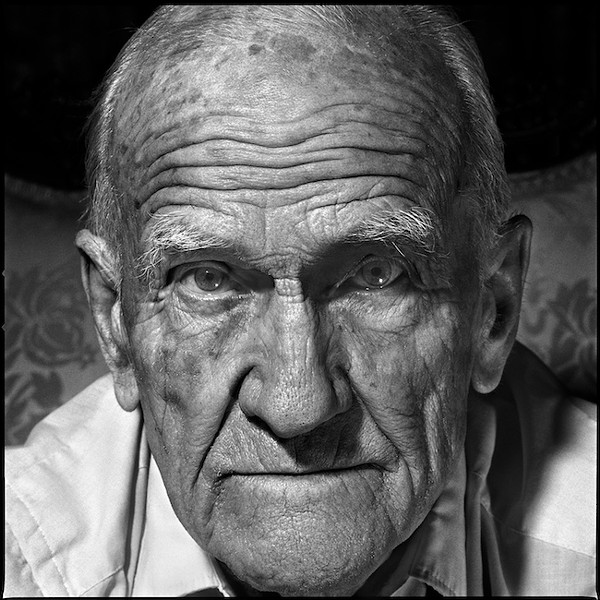 You don't use digital cameras. Why?

I still shoot with silver halide analog film. The Climbers is shot on that [and] I shoot on it for most things — certainly all my personal projects. It's what I learned on, and it's what I'm comfortable with. I like the way it looks. I like the way the cameras behave. There a certain personality to the way these various film cameras work. I have a Leica, a Hasselblad and a Rolleiflex, and I like their limitations — not being able to know what you've got, having to know what you're doing, and running out of film after 12 or 36 pictures. There's a break and then you load more. It's like being an oil painter. Nobody asks why an oil painter doesn't just scan stuff off a scanner. I love the process [with film]. It just feels more real to me.