Stonewall and the riots that changed the world, even this sleepy Southern town

After the riots, gay bars would turn into defacto community centers for LGBT people. 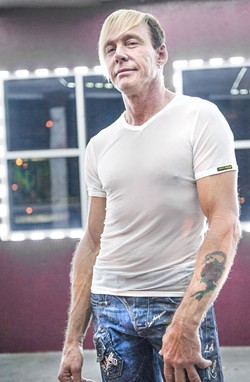 Charlotte's gay bar scene has been decades in the making — and has it been a ride. From hole-in-the-wall hangouts home to prostitutes and hustlers to modern-day dance clubs hosting hundreds of patrons and viewed as entertainment destinations, local establishments have made their own unique history.

That history is important to Donald O'Shields, who, with his late partner, Rick Wilds, bought The Scorpio on Freedom Drive in 1989. O'Shields met Wilds, who passed away in 2008, while working in 1979 as a bartender at The Odyssey, a long-closed local gay club. They immediately hit it off, became lovers and eventually settled down together. That same year, O'Shields would take a bartending job at The Scorpio. Ten years later, the couple would own the historic nightclub — opened in 1968, a year before riots at a New York City bar would launch a nationwide upsurge in gay activism.

On June 28 each year, LGBT people across the globe celebrate the anniversary of the riots at the Stonewall Inn, a Greenwich Village gay bar owned by the mafia and often raided by police. Years of police harassment and arrests culminated in 1969, when patrons — mostly drag queens, transgender folks, poor youth of color and street hustlers — revolted. The ensuing three-day upheaval in the neighborhood would act as a sort of flash point for a nascent gay political movement. This year marks the riots' 45th anniversary.

A year after the riots, on June 28, 1970, the first Christopher Street Liberation Day march was held in New York City. That early march would morph into the LGBT Pride parades and festivals scattered throughout the year and across the world today.

In 1968, Charlotte was a sleepy Southern town. The Scorpio opened amid a backdrop and history of oppression. Gay men cruised Trade and Tryon streets, and an arrest for gay sex landed your name, address and mugshot on the front page of the Charlotte Observer, ending your career and your marriage, if you had one. Wearing drag or dancing with someone of the same sex was illegal.

The Scorpio's original owners, Marion Tyson and her husband, Floyd, wanted to give gay people a safe space to be themselves.

"They started it because they had gay friends," says O'Shields, noting how few other bars in the area catered to gay clientele. "They listened to their friends."

The Scorpio originally opened on South Boulevard, moving later to South Tryon and finally landing at its current Freedom Drive location in the early '70s, just a few years after the tumultuous Stonewall riots.

That's when O'Shields and Gregg Brafford began hitting up the bars, going out as soon as they turned 18.

Brafford, who owns Woodshed Lounge and has managed or owned gay bars in Charlotte since 1984, went to his first gay bar, the Brass Rail, in 1974.

"It was like being Dorothy in The Wizard of Oz," he says. "You live your whole life in 1974 and you never knew anyone else in the world who was queer, and suddenly you find a whole world of queers. Thousands of them."

O'Shields and Brafford both remember what it was like in those early days. Outside of the bars, the world was lonely and dangerous. O'Shields says being openly gay in public spaces could have been a "death toll." The bars offered safety, familiarity and community — the de facto "community centers" of gay life.

And, everyone — literally, everyone — was welcomed. White and black, gay and straight, out and closeted, drag queens and hustlers.

"It was a different world. The gay bars were tough places back then," Brafford says.

The AIDS crisis of the 1980s changed the community, and with it the gay bars. Brafford says he lost as many as 500 customers over six years. O'Shields saw similar declines at The Scorpio.

"You would just quit seeing people. They'd stop coming out and you just wouldn't see them anymore," O'Shields says. "Odds are, people had died."

The nature of gay bars changed, too, going "from whorehouse to the greatest saint it could ever be," Brafford said. When no one else was stepping up to help gays suffering through AIDS, the gay bars did. Brafford's several establishments and The Scorpio hosted fundraisers to support early groups like Metrolina AIDS Project.

O'Shields says places like The Scorpio and its history shouldn't be overlooked. "The fact that it's been here and been able to make [it for] so long is important," he says.

The road has been rocky and they've weathered quite a few storms — the AIDS crisis, in particular, and more recently the technological advances of the Internet and mobile hook-up apps like Grindr. Gay folks don't necessarily depend on gay bars to socialize anymore, says O'Shields, but, "We're still here, and we're still kicking."

O'Shields knows The Scorpio will face more challenges as the years progress. What will the club look like in another 45 years? He doesn't know.

"All I want to keep doing is giving them a place to come and have a good time, meet people, dance, socialize," he says. "As long as they are wanting to do that and they are giving us a chance, we'll stay in business."

This article is provided in partnership with QNotes, Charlotte's LGBT community newspaper.