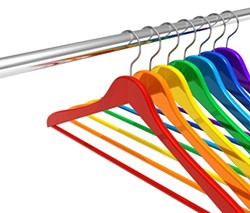 If you build it, they will come — whether they come back, well, that's a different story.

Like all business owners, Robert Walker, who operates the Day Break Massage Therapy Center on Kenilworth Avenue, was acutely aware of the difficulties in managing an establishment whose success depends not only on keeping the customers satisfied, but converting them into regulars. Since 2007, Day Break has offered standard spa services and a variety of massage treatments. But Walker wanted his business to stand out, so he used tools at his disposal to offer potential customers the best bang for their buck.

"We'd done Groupons and Living Social deals in the past, but they tend not to draw too much brand loyalty," he says. "You just get a person going from one massage to the next massage."

When Walker heard about a new deals website popping up in Charlotte that would target a specific audience, he knew he wanted in. Especially since one of his goals was to align his business with social causes he found important, such as becoming more involved with the gay community.

Launched this month, Gay It Forward Coupon is similar to Living Social but with a socially conscious twist. Founders Dan Mauney and Mike Rusk designed the business model to focus the purchasing power of the LGBT community on gay-owned or gay-friendly businesses.

"With [Amendment One] being passed, it's very important for me to spend my money wisely with businesses that are LGBT-friendly or gay-owned," says Mauney. "Right now, we are very aware in our community and our state."

A North Carolina native and longtime businessman, Mauney has habitually used his business savvy to rally Charlotte's gay community together for an entertaining yet financially productive time. His involvement with Takeover Fridays, a mobile happy hour where participants get weekly e-mail blasts beckoning them to gay-friendly events and establishments, dates back 10 years. Now, with the founding of GIF, Mauney's networking know-how takes on a whole new meaning.

Deals come in five categories on the website: dining, shopping for home, shopping for you, entertainment and travel. GIF will work with businesses offering deals on everything from personal training to oil changes. The first deal was $20 for $40 worth of merchandize at The Wine Loft in South End. Ten percent of the revenue from each sale benefits one of five LGBT nonprofits of the buyer's choice, such as Time Out Youth or RAIN.

The niche appeal of GIF has Mauney confident that it won't suffer some of the problems on sites like Groupon. "GIF is going to offer businesses that want to offer a deal through us a very targeted, loyal audience. We don't want to be a one-hit wonder; we want to forge relationships with business owners. It's a win/win. I am so aware of who has our back as a community, and I'm making a note of that. I don't want to be angry about it, but if you tell me you do support our community, I will support you until the day you close your door."

Sentiments of solidarity have soared within the LGBT community, says Mauney, largely due to Amendment One's passing. "It was a strike against us as a state that we would pass this," he says. "I'm not surprised; I was just hopeful. I think the positive outcome of the amendment passing is that it has brought us together, it's reunited us again. It's like that song 'reunited and it feels so good' — sometimes you get into your routine, work-to-home-to-gym, whatever you do, and you forget that you're a part of something outside yourself."